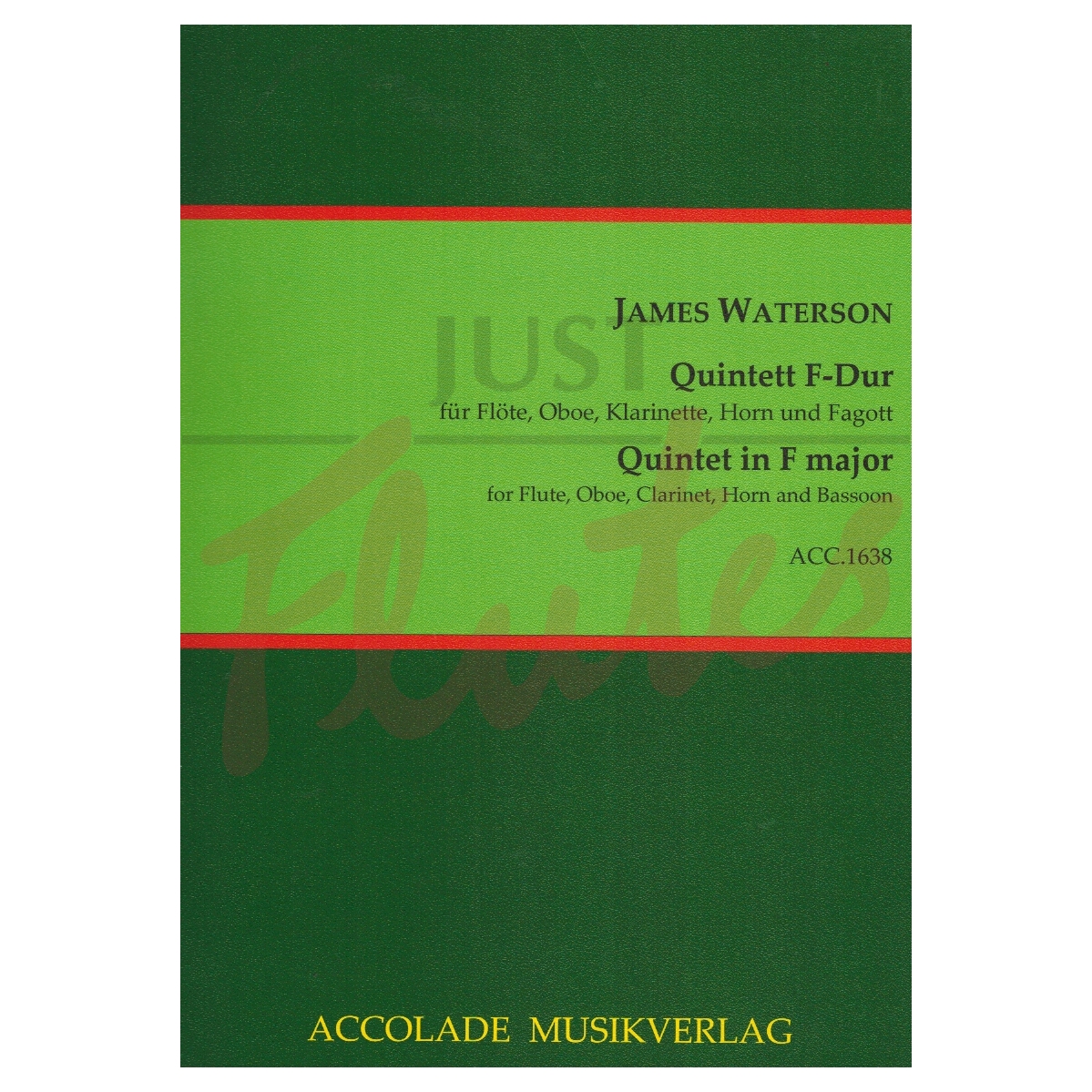 JAMES WATERSON (1834-1893) was predominantly a military
musician, composing and arranging pieces for the contemporary
military band. He served with the Life Guards for several years,
enlisting in 1853, and was a noted performer on the clarinet.
He was active in bands in England, in 1868 arranging a test piece
"Grand Fantasia on Roberto le Diable" for brass band. His career
as a military musician continued as bandmaster of the First Life-
guards from 1863 to 1878 and then as bandmaster to two Indian
Viceroys, Lord Rippon and the Duke of Connaught. In India he
insisted on having string as well as wind instruments in the band.
His compositions include four quartets, three trios and numerous
duets, all for clarinets, as well as several virtuoso solo works for
clarinet and piano. He was a co-editor of the journal "British
Bandsman" when it started in 1887. It is not known when he
composed his wind quintet, although it received praise well before
his death. The version that survives, from which we have created
this edition, was published in 1921 by J R Lafleur in London.