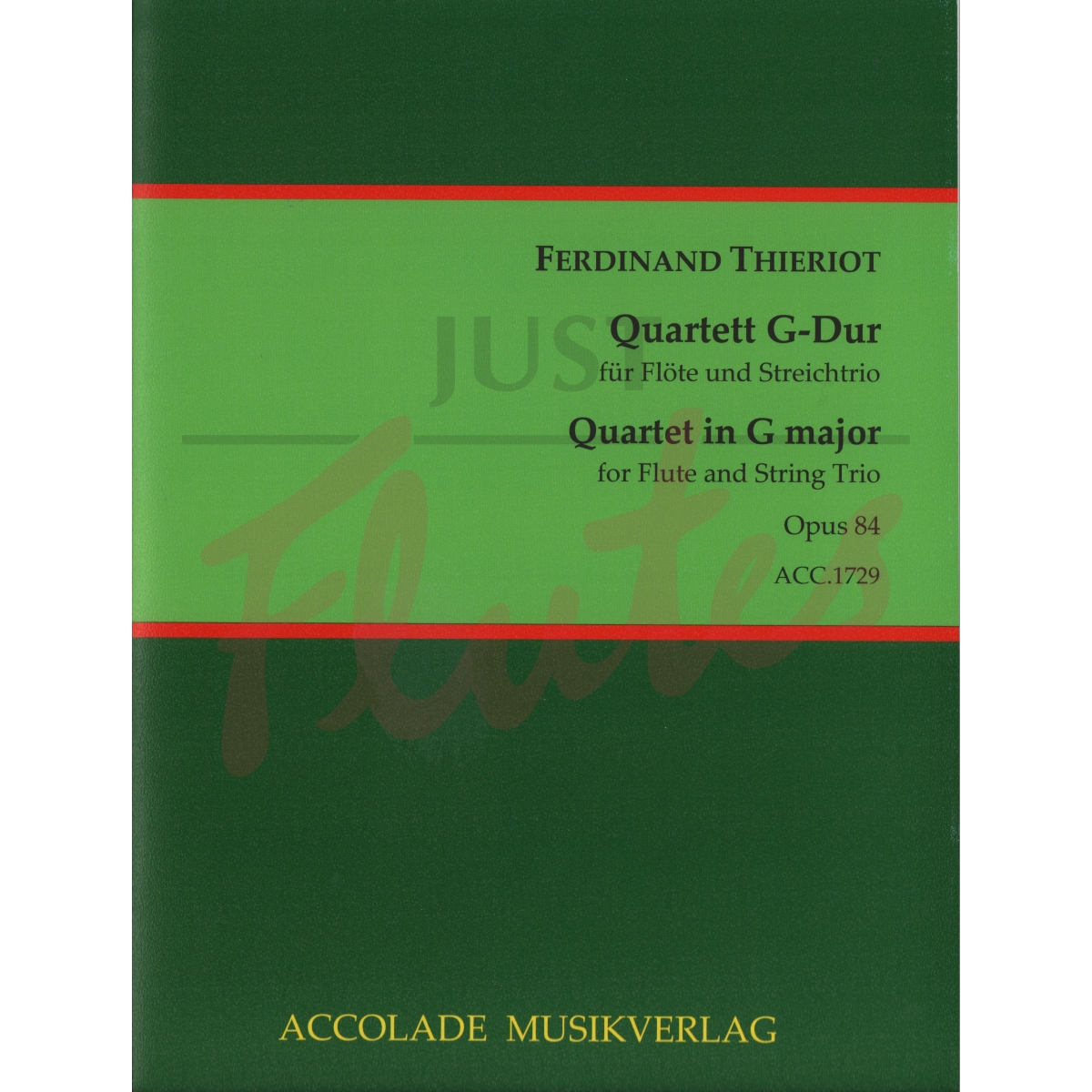 Quartet in G major for Flute and String Trio, Op84

The 19th century must have been richly, even profusely, blessed
with most talented composers whose qualities were forgotten in
later generations. How much so can be gathered by the fact that
one can very well find scores with wonderful music but nowhere
any article about its authors. It must be admitted, however, that it
was very difficult to step out of the shadow of the two towering
dominators Richard Wagner and Johannes Brahms. In the
surroundings of the latter Ferdinand Heinrich Thieriot can be
found. He was born on the 7th of April 1838 in Hamburg.
Although his family was rather on the commercial line (his father
being a insurance agent, his uncle a silk merchant in Leipzig),
Thieriot still had the opportunity to study composition with Eduard
Marxsen in Altona, just like his friend Brahms. After that he
perfectioned his cello-playing in Vienna and Dresden, his
craftsmanship in composing with Joseph Gabriel Rheinberger
in Munich.

First employments as Kapellmeister followed: in Ansbach (1867)
and Glogau (1868-70), until he was appointed artistic director
resp. music director of the Steiermärkische Musikverein Graz.
Among his duties there were not only the planning, rehearsing
and conducting of the symphonic and chamber music concerts,
but also teaching at the school of music. From 1895 Thieriot
lived in Leipzig as a composer and conductor. In 1902 he
moved back to his native town where he died on 4th of August
1919 in Hamburg-Uhlenhorst.

Thieriot had, along with a great gift for melody, the talent to
amalgamate various technical and stylistic trends - reaching
from Mendelssohn and Spohr to Brahms - and to form them
into his own , personal style, which excels to an unusual
degree by simple, natural invention, by amiably gracious feeling
and particularly by an unrivalled clarity of interpretation and form.
His Oeuvre comprises in almost 100 printed works all genres .
The Quartet for Flute and String Trio op. 84 were published in
1905 in Leipzig and belongs to the most beautiful works of the
romantic epoch for this instrumentation.