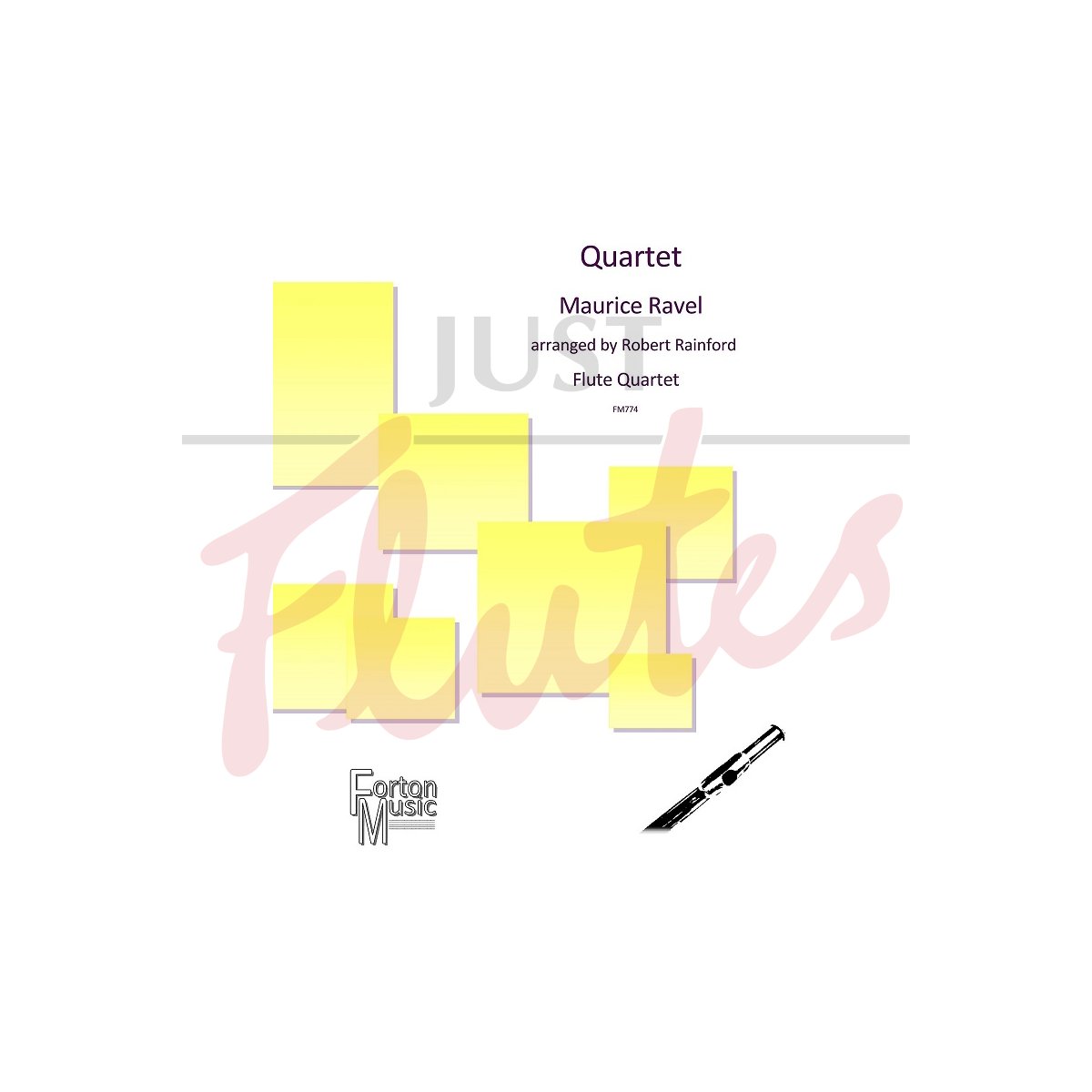 Maurice Ravel completed his String Quartet in F major in early April 1903 at the age of 28. It was premiered in Paris in March the following year. The work follows a four-movement classical structure: the opening movement, in sonata form, presents two themes that occur again later in the work; a playful scherzo second movement is followed by a lyrical slow movement. The finale reintroduces themes from the earlier movements and ends the work vigorously. The quartet’s structure is modelled on that of Claude Debussy’s String Quartet,
written in 1893, although Ravel’s musical ideas strongly contrast with Debussy’s. Debussy admired Ravel’s piece rather more than did its dedicatee, Ravel’s teacher Gabriel Fauré.

This arrangement brings this piece into the grasp of advanced flautists. It presents some serious challenges to the players, both physically (breathing, complex tremolo textures, intricate whole tone semiquaver passages) and musically (unusual time signatures, frequent tempo changes, balancing solos over accompaniments), but is well
worth the work, as this piece inhabits a unique sound world. All players contribute melodically including the alto and bass flute parts, which frequently venture into the third octave.