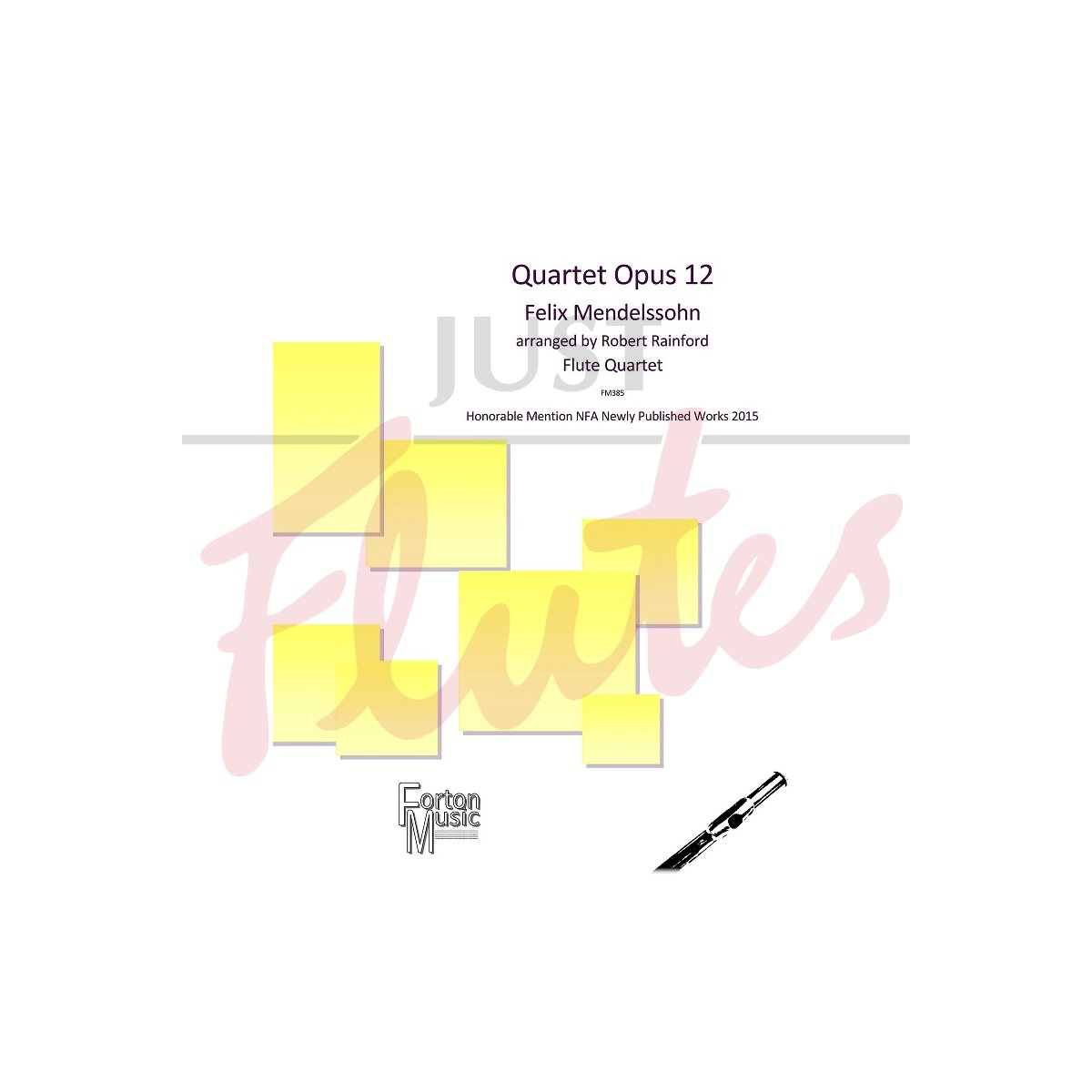 Flute Quartet (2 flutes, alto flute, bass flute) - Mendelssohn began work on his first string quartet in Berlin, but did not complete it until 1829 when he was in London, a city he visited frequently throughout his life. Like all his quartets, it consists of four movements, each with a distinct character. The first starts with a slow introduction followed by a flowing lyrical first movement. The second movement (titled 'Canzonetta') has many similarities to the incidental music Mendelssohn composed for A Midsummer Nights Dream, with fluttering semiquavers and all parts taking flight at times. The third movement starts with a slow, hymn-like melody that builds in intensity until it breaks out into a rush of semiquavers, before settling back to a calm finish. The finale of the quartet is an exciting, Tarantella-like romp, with racing quavers alternating with longer phrases. Melodies switch between parts until everyone joins together in unison passages convering just about the full range of each instrument. This is interrupted by the themes of the very first movement, briefly first of all. The Tarantella tries to re-assert itself, but the first themes will not be denied, and brings the whole piece to a close. In this arrangement, all parts share in the melodic interest. Flute 1 uses just about the whole range of the instrument, and requires some nimble fingers and neat articulation. Flute 2 doesn't ascend quite as high, but still requires good technique. The alto and bass flute parts contribute equally to the quartet as a whole, and will need some good tonguing particularly in the second movement. As in all quartet playing, communication between the players is paramount to get the maximum out of this lovely composition.