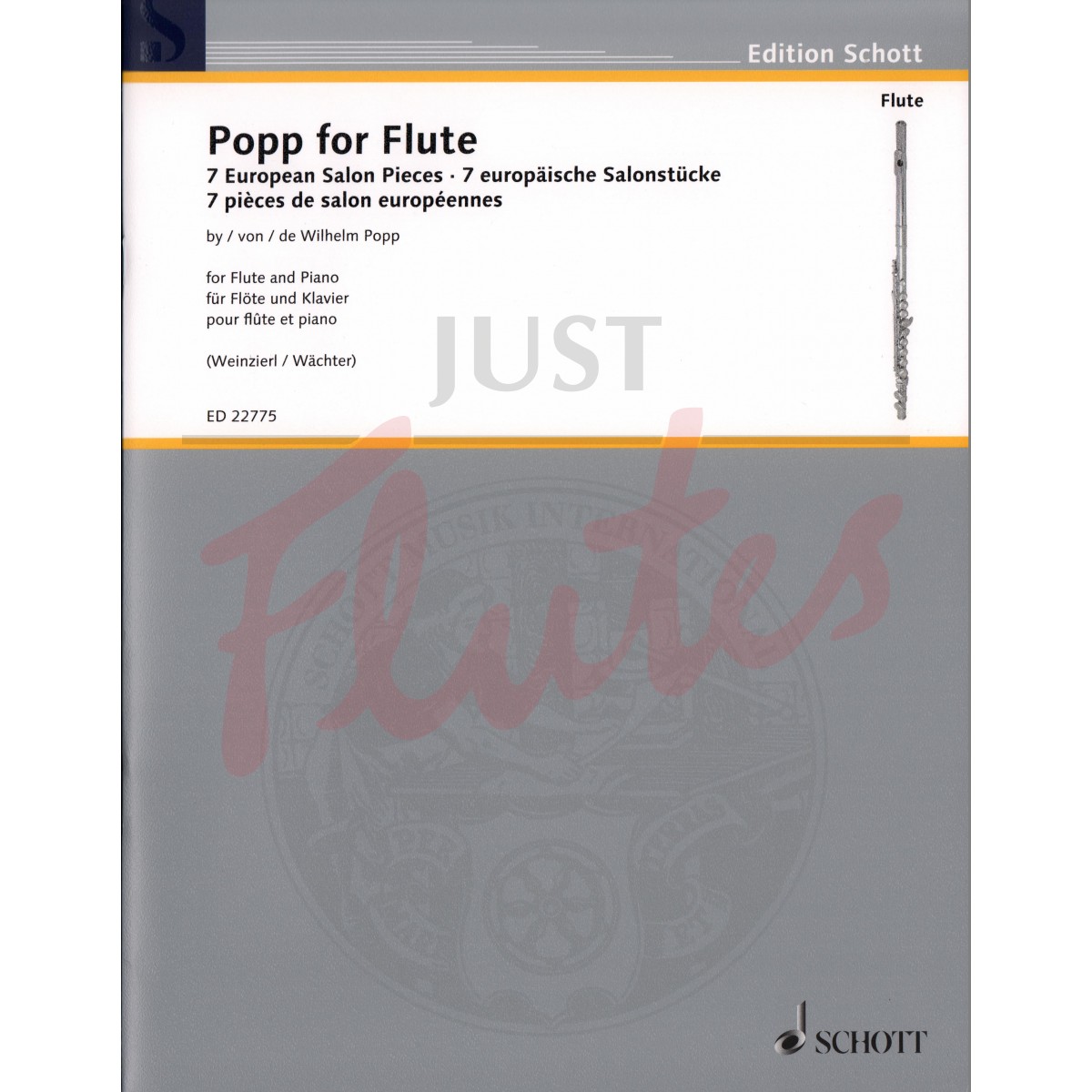 In the 19th Century nationalist themes came into fashion. Composers drew on songs and dances from their native lands, working them into paraphrased adaptations, pot pourri arrangements and sets of variations or incorporating folk elements from various cultures in their compositions.

Flautist Wilhelm Popp (1828-1902), who wrote music for his instrument at every level of difficulty, also took up this popular trend.

In this collection seven of his ‘easily playable’ compositions have been chosen with musical links to different European countries. Here again Popp shows his ability to distil the essence from musical styles and fashions of his time, setting lyrical and virtuoso passages so well for the instrument that their effectiveness far outweighs any difficulties.

The popularity of his pieces for tuition purposes, school concerts or youth music competitions remains undiminished to this day. This edition is essentially based on the first printed versions of these pieces – with just a small number of printing errors and inconsistencies corrected without comment.