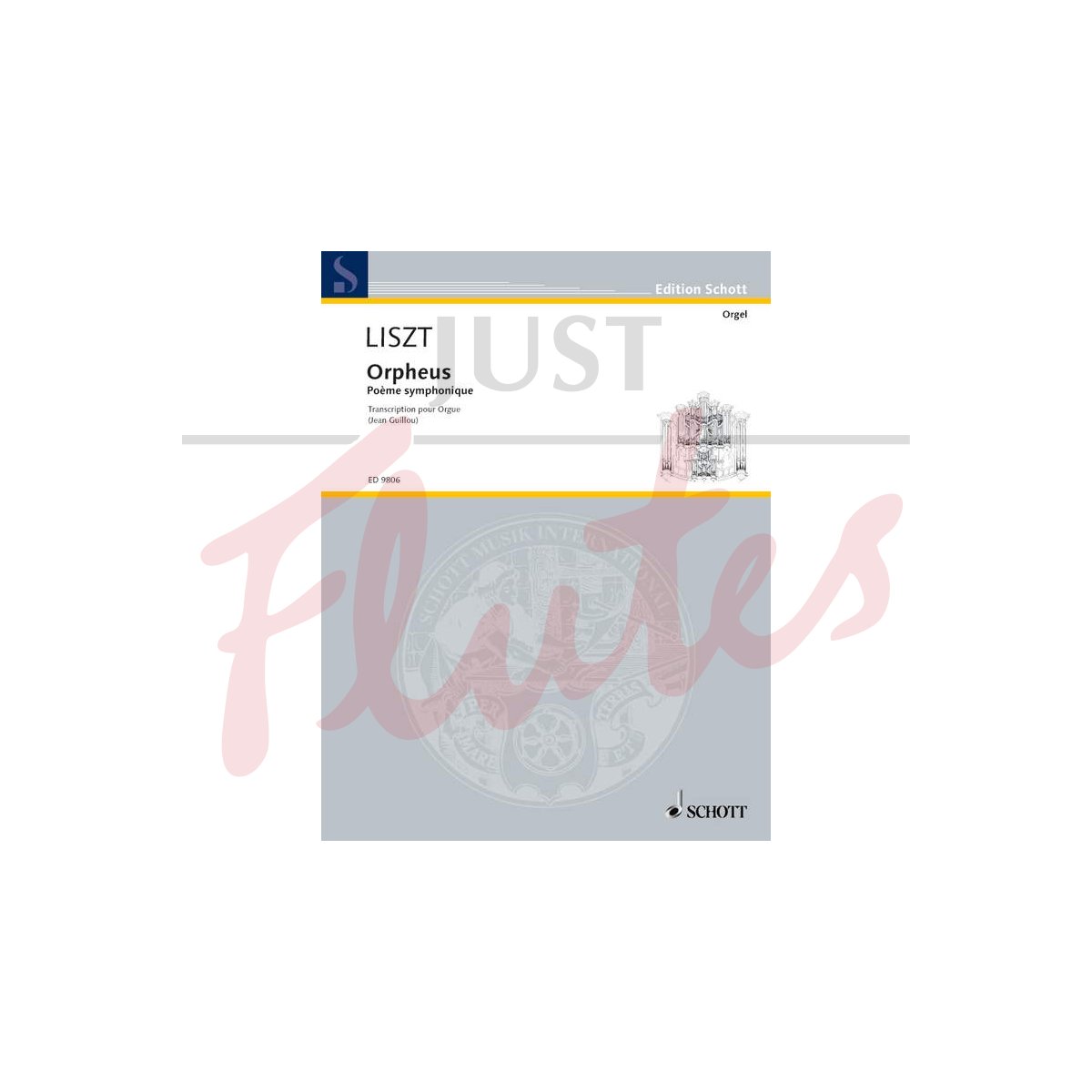 Orpheus is one of 12 symphonic poems composed by Franz Liszt between 1848 and 1858. Liszt regarded these compositions as representing a higher form of musical creation. Their genesis in what he described as a poetic idea allowed him to favour freedom of expression over the constraints of form.The score of 'Orpheus' was first performed on 16 February 1854, under the baton of the composer, as the curtain rose for a production of Gluck's opera 'Orpheus' in Weimar. It had been inspired in particular by the contemplation in the Louvre museum in Paris of an Etruscan vase despicting Orpheus as a symbol of beauty and civilisation, mitigating the brutality of the world through the power of his art.This symphonic poem was first transcribed for organ in about 1860 by Alexander Wilhelm Gottschalk (1827-1908), one of Liszt's pupils. It appears that Liszt was moved to make radical modifications to that version, in spite of which it still remains unsatisfactory. It does, however, give us the benefit of proving that Liszt, who also transcribed the work for piano duet, was not against the idea in itself of a transcription for organ.Jean Guillou's transcription is more than a simple adaptation. As far as Romantic music is concerned, he is responsible for finding appropriate equivalents to the dramatic function of instrumentation to create an atmosphere which comes as close to that of the original composition as possible, to enrich the contrapuntal texture and to contribute to the simulation of the orchestral sound.