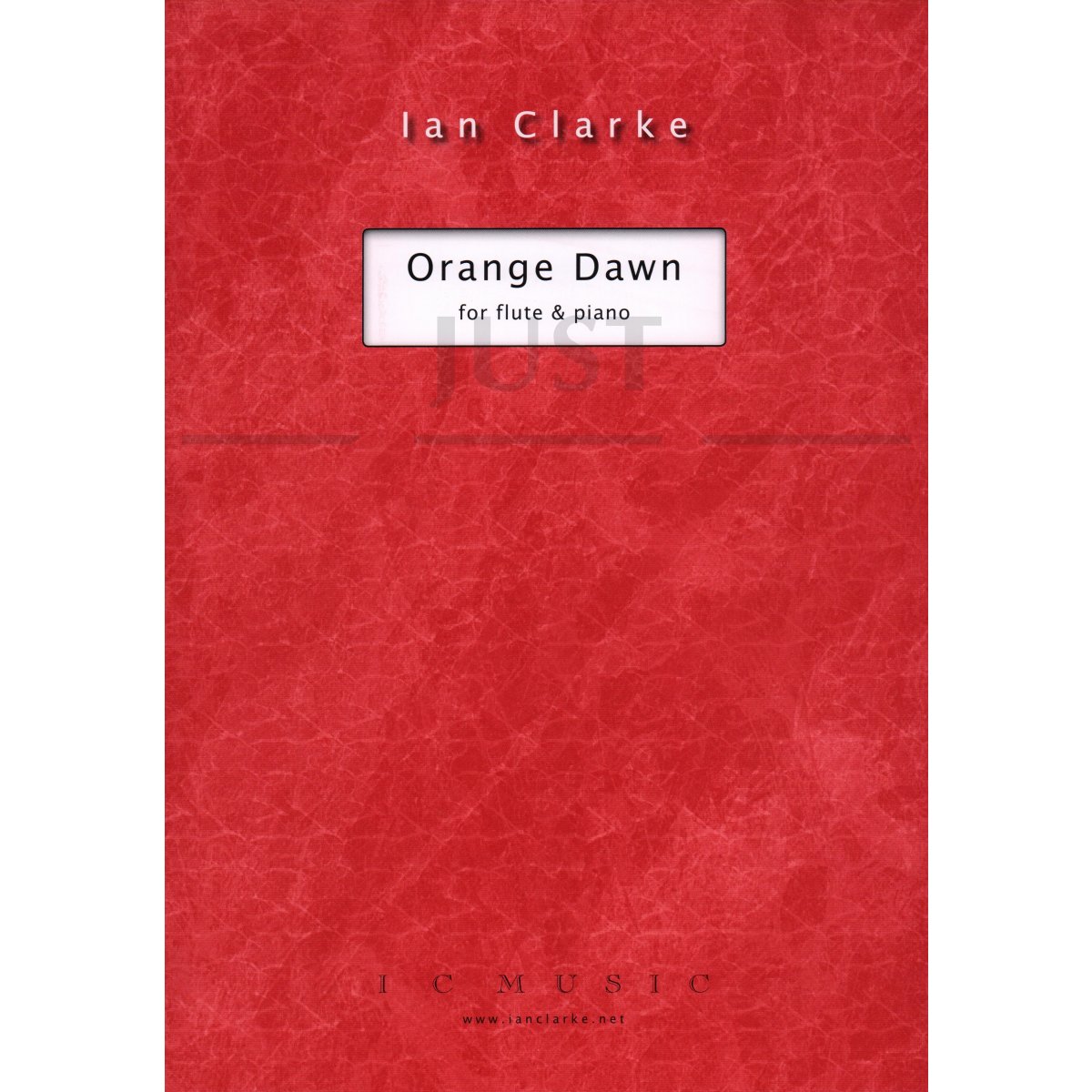 Orange Dawn for Flute and Piano

"Orange Dawn was originally inspired by the vision of a dawn scene in the Great Rift Valley of East Africa. Awakening exotic animal life were envisaged silhouetted against a dramatic rising sun. In the opening and closing sections alternative fingerings are used to help create a mysterious earthy quality to the sound; these are printed above the stave. The middle section the flute simultaneously plays graceful melody over fluid runs. Ideally suited to an open-hole flute due to one or note bends. The piano part is of moderate difficulty with a cadenza section. Originally composed in 1992 and critically acclaimed, Orange Dawn is now regularly performed throughout the UK." - Ian Clarke

This piece requires open holes but does not require B footjoint.