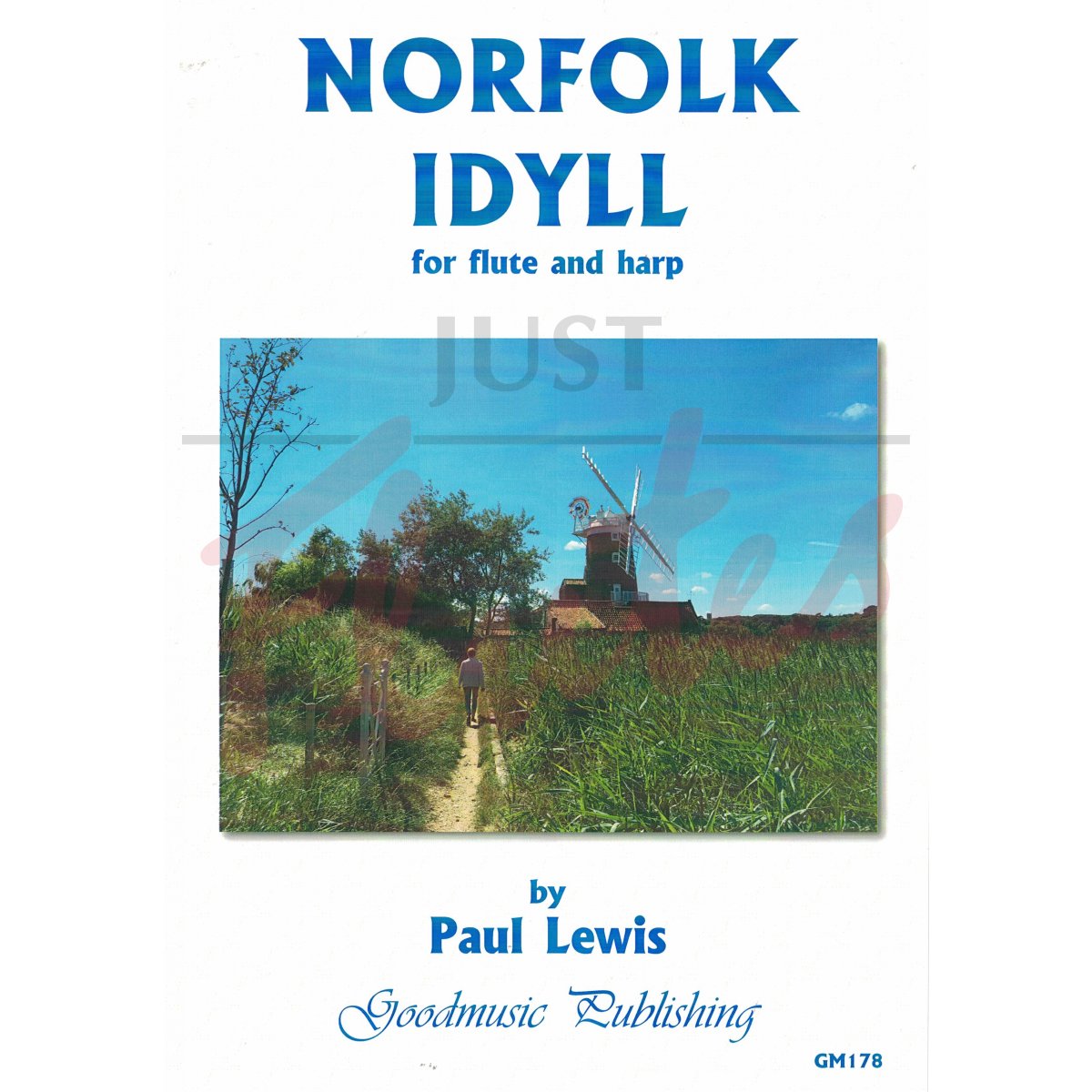 Norfolk Idyll for Flute and Harp

Norfolk Idyll is based on my score for the celebrated 1972 BBC TV documentary The Vanishing Hedgerows, presented by author and naturalist Henry Williamson. The film was Williamson's reaction to modern farming methods which had changed the face of the Norfolk countryside he had previously farmed, and was the first ever hard-hitting conservationist TV documentary. Director David Cobham unforgettably counterpointed the argument with idyllic recreations of traditional farming and montages of threatened wildlife, which inspired me to compose a nostalgic flute and harp score based on a folk song-like melody of my own creation. The 13th century English song Sumer is Icumen In puts in an appearance, heard in the film under a montage of summer birds.
The score was performed on the soundtrack by flautist Chris Taylor and the celebrated harpist Marie Goossens. With the addition of string orchestra, Norfolk Idyll forms the first movement of my Norfolk Concerto for flute, harp and strings. Paul Lewis