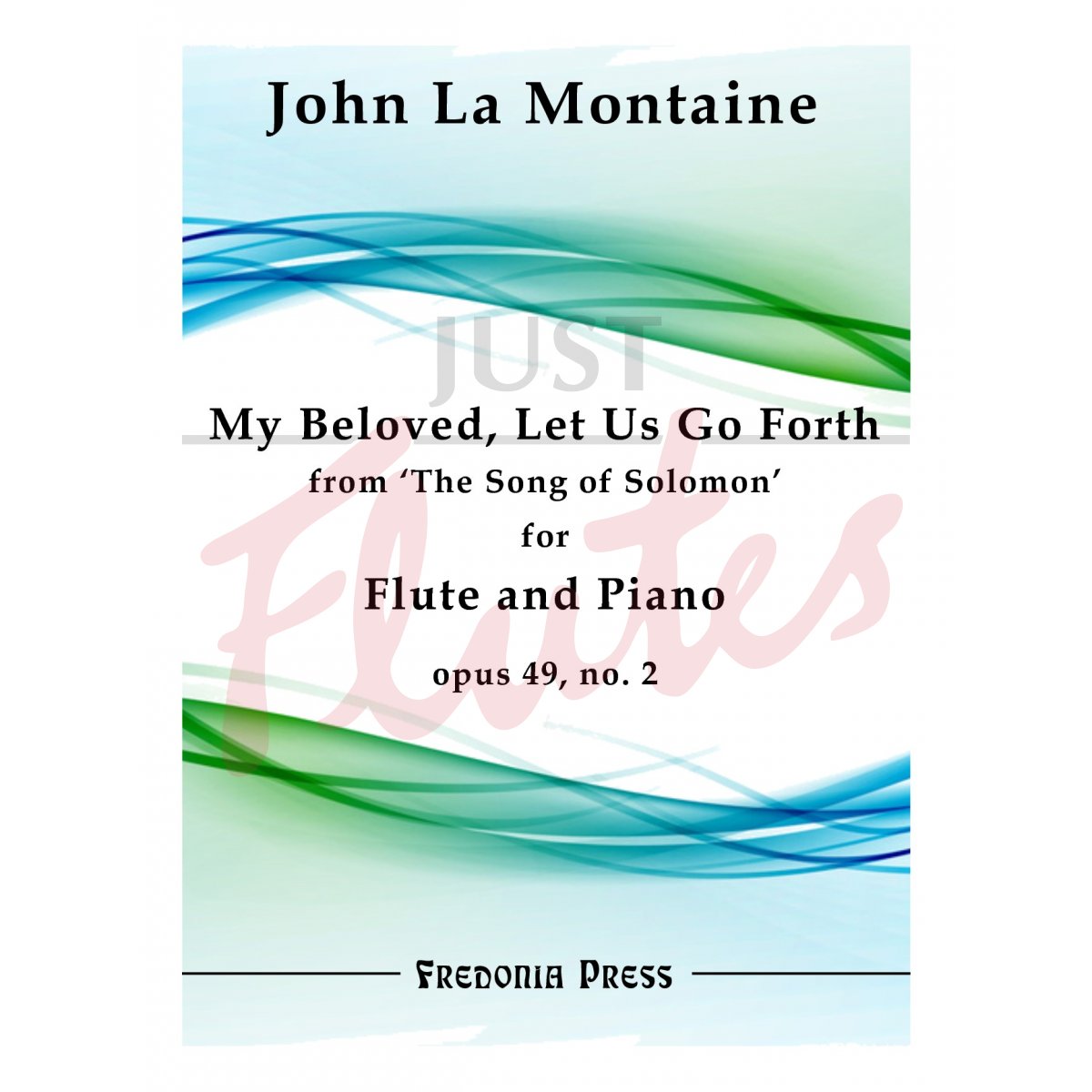 In 1959, John La Montaine's composed a song cycle for soprano and orchestra titled "Fragments from the 'Song of Songs'" based on the biblical text, "The Song of Solomon." From this work, he derived two works for flute and piano, "Come Into My Garden" and "My Beloved, Let Us Go Forth," both of which are dedicated to Doriot Anthony Dwyer, the former principal flutist of the Boston Symphony. These two adaptations received their premiere at the 1980 National Flute Association convention in Boston. Because "Come Into My Garden" is a relatively short piece, Dwyer requested La Montaine to write a companion piece, and thus came "My Beloved, Let Us Go Forth." Largely written in a 5/8 meter, there are additional metrical shifts throughout the work which help to drive the piece forward. La Montaine pushed the flute to the upper limit of its range with some technical passages including a number of high Cs and Ds, in addition to a well-written, but difficult piano accompaniment.