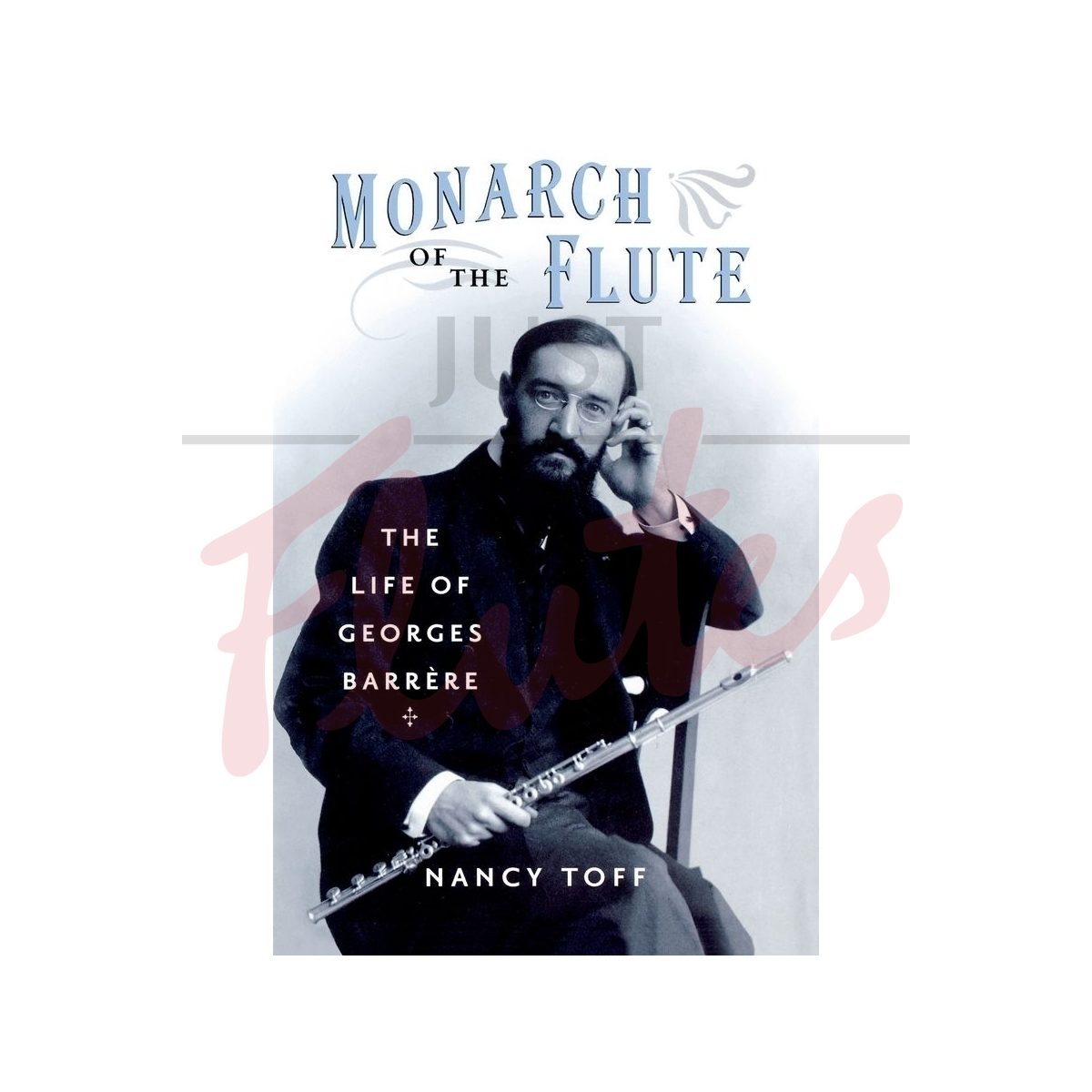 Monarch of the Flute: The Life of Georges Barrerre [Paperback]

“A great book by the Queen of flute writers”

Chris Hankin Just Flutes staff member - [email protected]
Nancy Toff is one our most erudite flute historians and this wonderful book further enhances her reputation. The career of Georges Barrere is fascinating and he was a greatly influential player. This comprehensive biography explores his life in the greatest of detail. Toff has the gift of making all this information completely readable by having a good balance of anecdote and scholarship. You feel completely taken up by it right from the introduction! Unmissable!

Georges Barrère (1876-1944) holds a preeminent place in the history of American flute playing. Best known for two of the landmark works that are dedicated to him—the Poem of Charles Tomlinson Griffes and Density 21.5 by Edgard Varèse—he was the most prominent early exemplar of the Paris Conservatoire tradition in the United States and set a new standard for American woodwind performance.

Barrère's story is a musical tale of two cities, and this book will use his life as a window onto musical life in Belle Epoque Paris and twentieth-century New York. Recurrent themes are the interactions of composers and performers; the promotion of new music; the management, personnel, and repertoire of symphony orchestras; the economic and social status of the orchestral and solo musician, including the increasing power of musicians' unions; the role of patronage, particularly women patrons; and the growth of chamber music as a professional performance medium.

A student of Paul Taffanel at the Paris Conservatoire, by age seventeen Barrère premiered the landmark Prelude to the Afternoon of a Faun. He went on to become solo flutist of the Concerts Colonne and to found the Societe Moderne d'Instruments a Vent, a pioneering woodwind ensemble that premiered 61 works for 40 composers in its first ten years. Invited by Walter Damrosch to become principal flute of the New York Symphony in 1905, he founded the woodwind department at the Institute of Musical Art (later Juilliard). His many ensembles toured the United States, building new audiences for chamber music and promoting French repertoire as well as new American music. Toff narrates Barrère's relationships with the finest musicians and artists of his day, among them Isadora Duncan, Yvette Guilbert, André Caplet, Paul Hindemith, Albert Roussel, Wallingford Riegger, and Henry Brant. The appendices of the book, which list his 170 premieres and the 50 works dedicated to Barrère, are a resource for a new generation of performers.

Based on extensive archival research and oral histories in both France and the United States, this is the first biography of Barrère. It is being published in conjunction with the centennial of his arrival in the United States in May 1905.