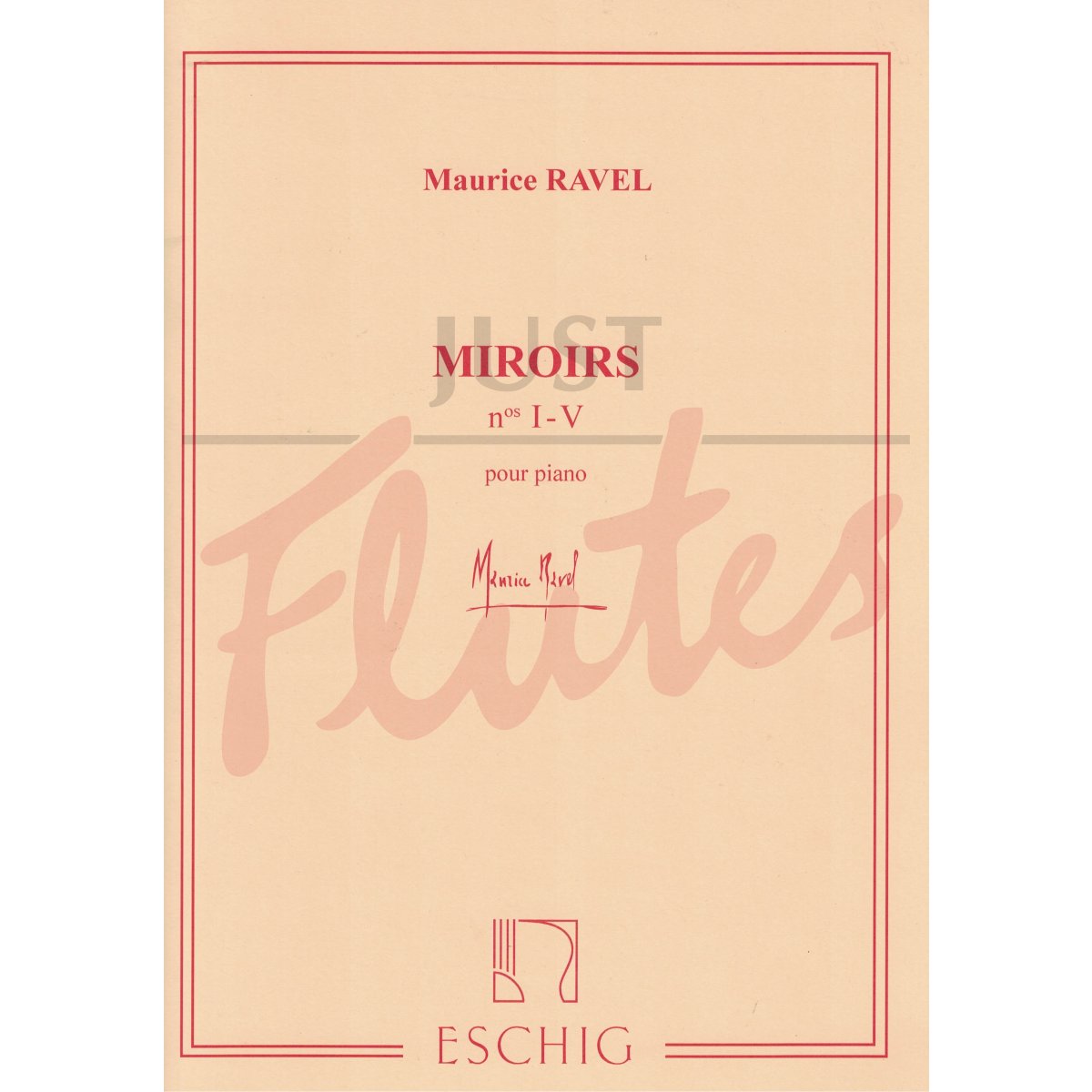 Around 1900, Maurice Ravel joined a group of innovative young artists, poets, critics, and musicians referred to as Les Apaches or "hooligans", a term coined by Ricardo Viñes to refer to his band of "artistic outcasts". To pay tribute to his fellow artists, Ravel began composing Miroirs in 1904 and finished it the following year. Movements 3 and 4 were subsequently orchestrated by Ravel, while Movement 5 was orchestrated by Percy Grainger, among others.

Miroirs has five movements, each dedicated to a member of Les Apaches: