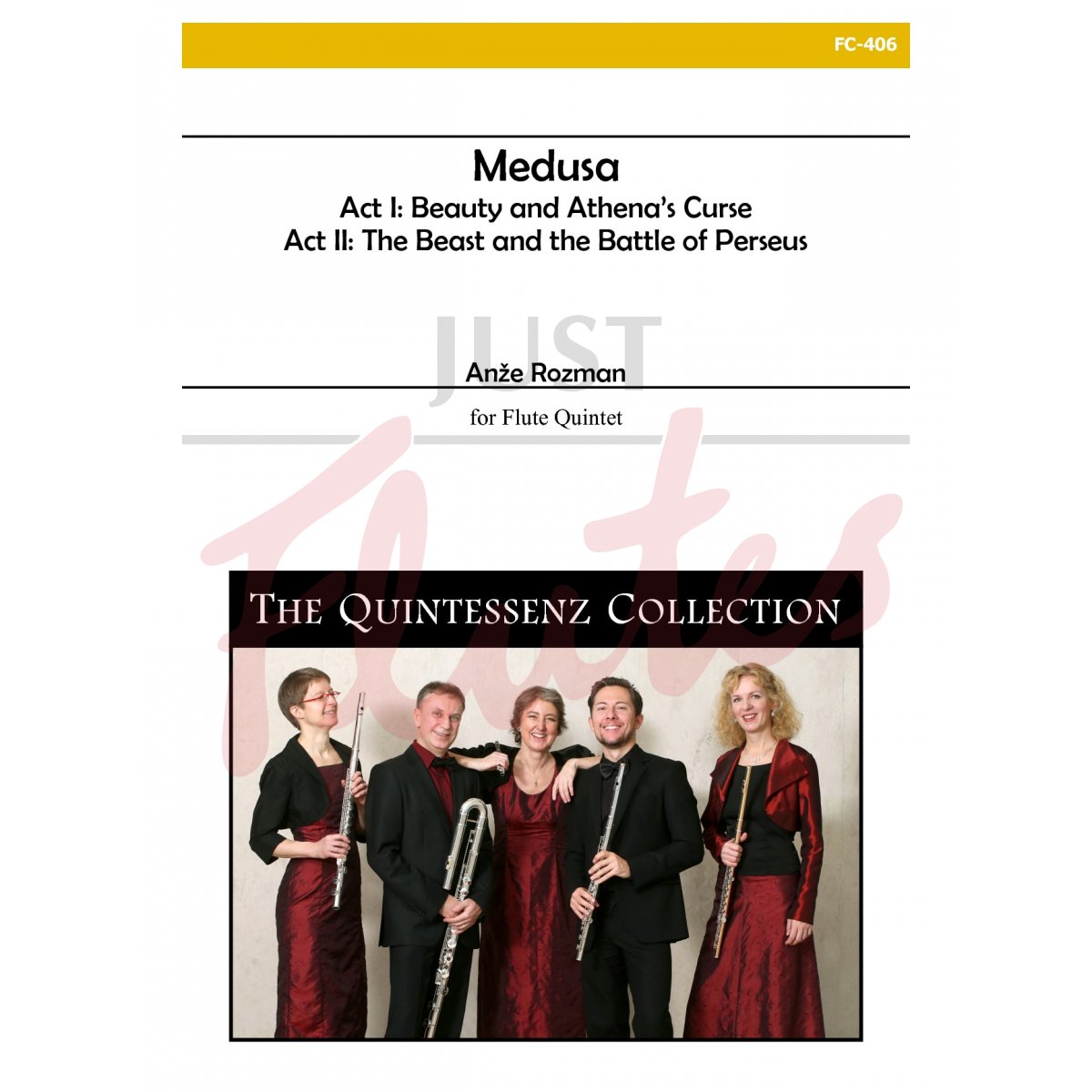 To celebrate the 20th anniversary of the Quintessenz Leipziger Querflötenensemble, composer Anže Rozman was commissioned to write a piece based on the ancient Greek legend of Medusa. Ancient Greece is known for its epic poems and its poets who would recite or sing the poems with musical accompaniment. So in this version of Medusa, you are the storyteller reciting your version of this ancient myth. He aimed to create an atmosphere that would immediately sound like music from another time. Various techniques are used throughout, including bamboo tones (alternate fingerings), multiphonics, harmonics, tongue pizzicato and even a buzzing headjoint (optional).