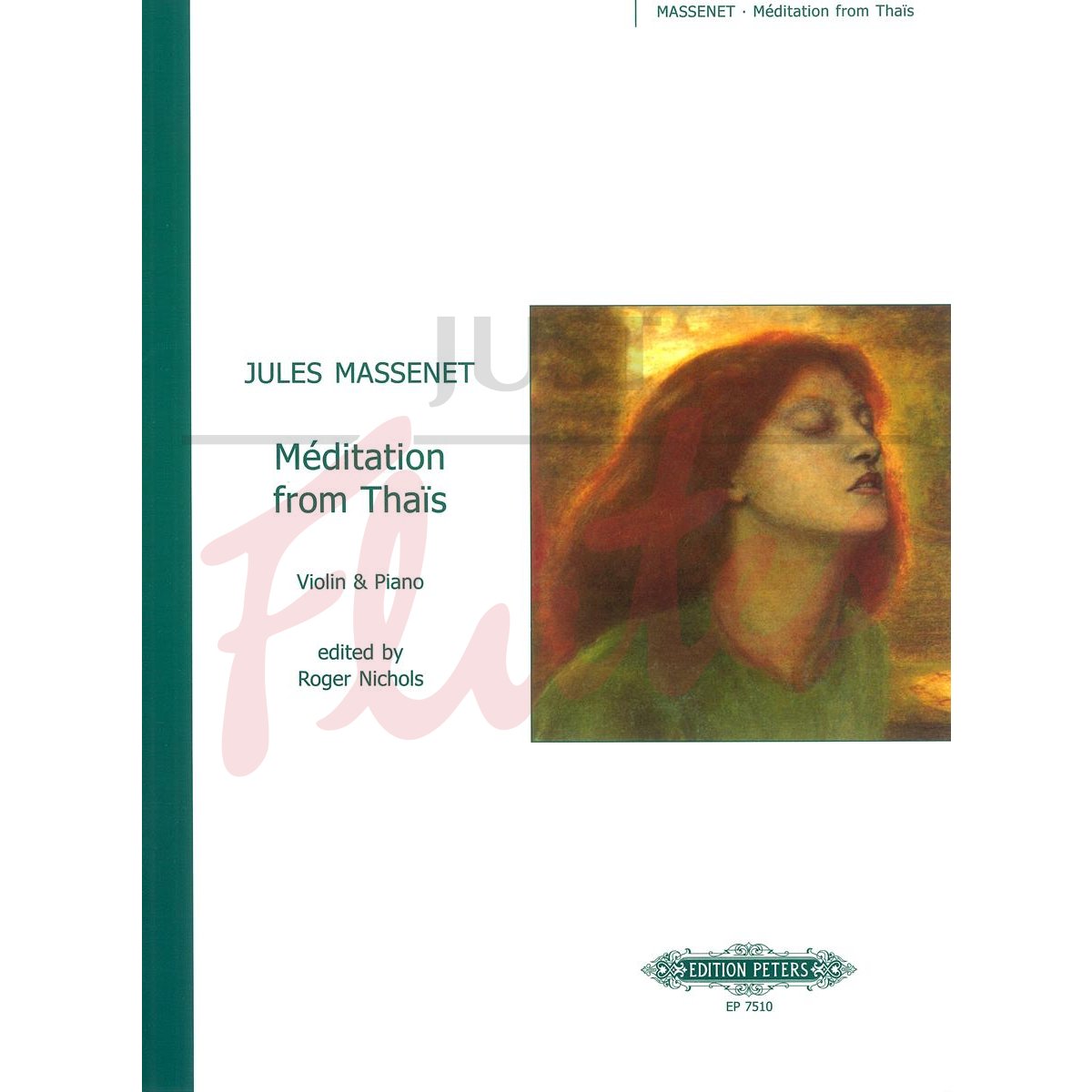 Meditation from Thais [Violin and Piano]

Thaïs, Massenet's tenth completed opera, had its première at the Paris Opéra on 16 March 1894 with the American soprano Sibyl Sanderson in the title role. The libretto by Louis Gallet was based on Anatole France's novel of the same name, serialized in the Revue des deux mondes in 1889 and published in book form the following year.

The story tells of the conversion to Christianity of the courtesan Thaïs by the holy man Athanael, and his parallel but opposite conversion to a life dominated by lust for her. The "Méditation" for solo violin and orchestra, joining the two scenes of Act II, describes the beginning of Thaïs's conversion.

The work was not received well initially; by 1897, when Sanderson retired, it had reached only its fourteenth performance. But the "Méditation" was an instant success with violinists, and its religious association also encouraged church organists to play it at Mass during the Communion. Even Pope Pius X's motu proprio of 1903, specifically demanding that the msuic heard in church should "not include reminiscences of those employed in the opera house", could not prevail against it.