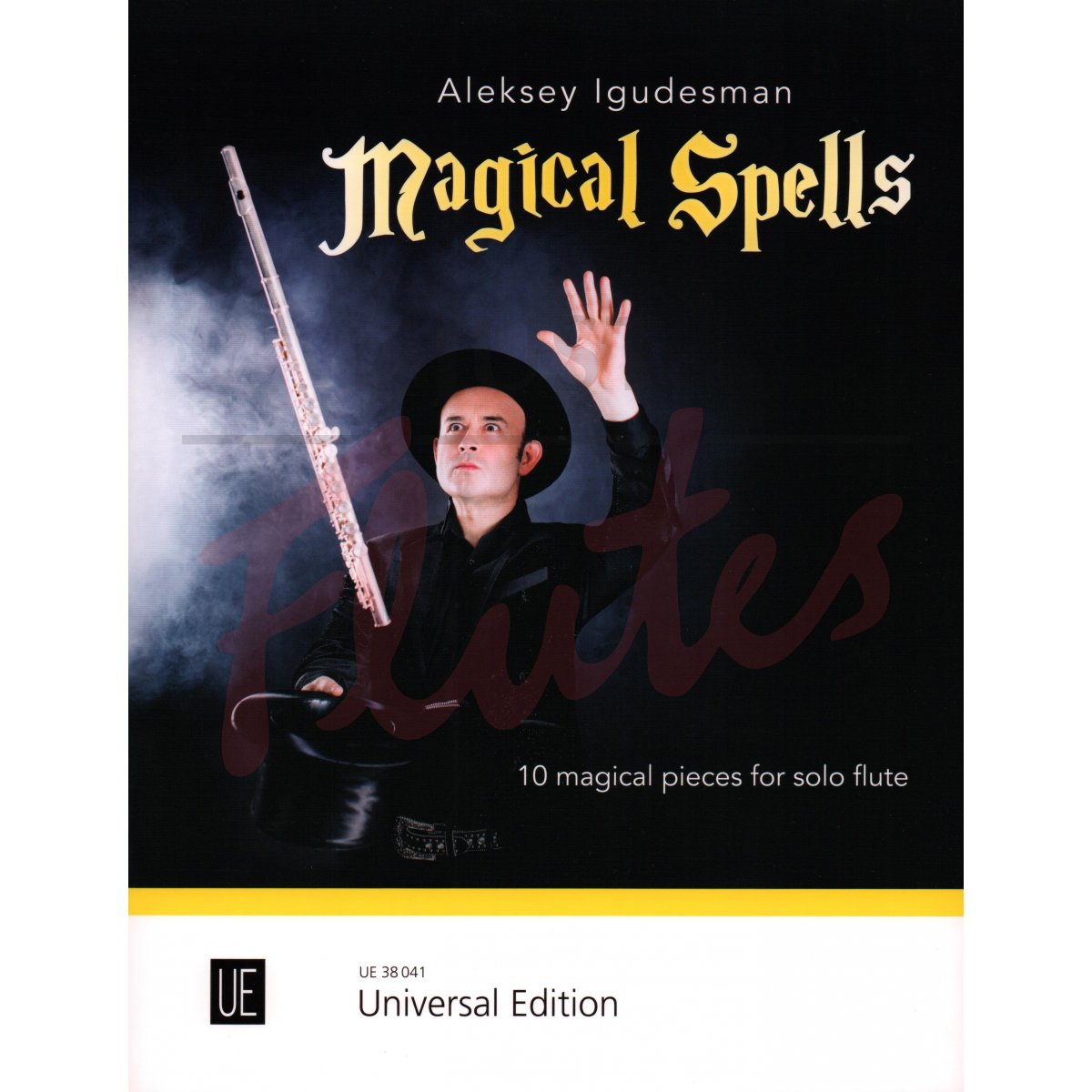 These ten short pieces are really quite difficult and they are certainly different. There are some that require good tonal inflection, such as 'Open Sesame!' others like' Izzy wizzy, lets get busy!' need good fingers and 'Aji Maji  la Taraji' is an articulation workout. This is the way to increase technical skill whilst playing interesting music. Magic!

Who needs a magic wand when they can play the flute magically? German-Russian composer Aleksey Igudesman takes us into the enchanting world of magic.

In his “Magic Spells”, he elicits ten melodies from the solo flute, the titles of which are magic formulas whose power can make the seemingly impossible happen. “Hocus Pocus”, “Sim Sala Bim” or “Abracadabra” have proven themselves over centuries. Magical titles are contributed also from series and computer games of our time, and the word “Please!”, which causes miracles in parents, putting the ten works in a mystical atmosphere.

In the advanced difficulty level, players and listeners are taken to another world: effective, surprising, mysterious, exciting, sometimes floating or unexpected, sometimes fast and turning their heads – this magic show promises to bring not only an entertaining spectacle without a hat and trick-floor on the stage, but also pedagogically valuable technical, rhythmic, dynamic and articulatory aspects...who knows what miracles can happen through the magic of the flute tones.