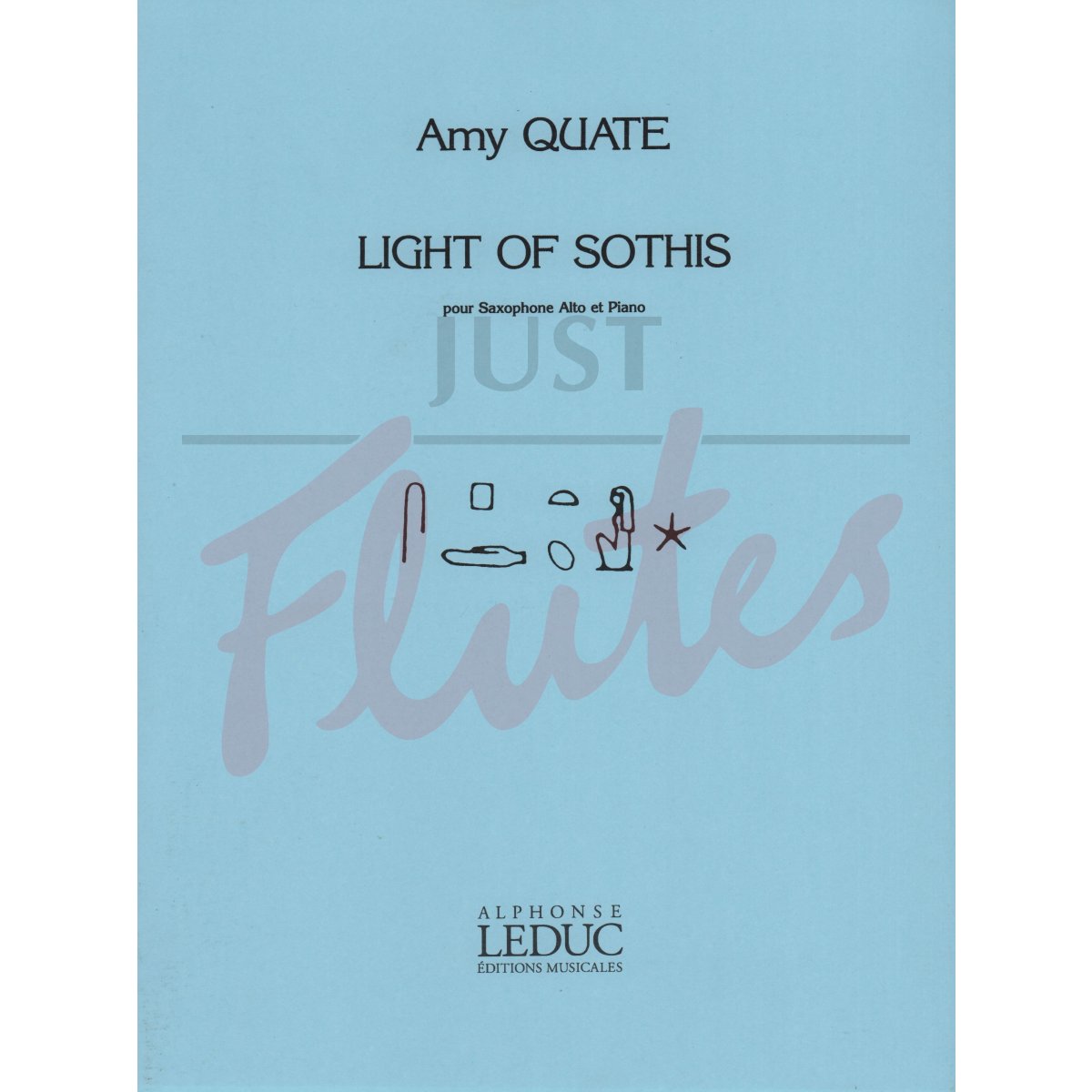 Light of Sothis for Alto Saxophone and Piano

Contemporary composer Amy Quate works in a wide variety of musical styles, forms and media. Composed in 1982 and dedicated to saxophonist Debra Richtmeyer, Light of Sothis creatively depicts the brightest star in heaven. Sothis, now called Sirius, is the star aspect of the goddess Isis, whose light confines the cycles of nature which bring beauty, prosperity and life. It is believed that Sothis blesses us with sacred illumination and it is this which Quate depicts in Light of Sothis. In three movements, Grace, Passion and Faith, the Saxophone line has lyrical melodies contrasted with dramatic scalic passages, covering the entire range of the instrument. Suitable for intermediate level saxophonists, a performance Quate's Light of Sothis proves to be an enticing prospect.