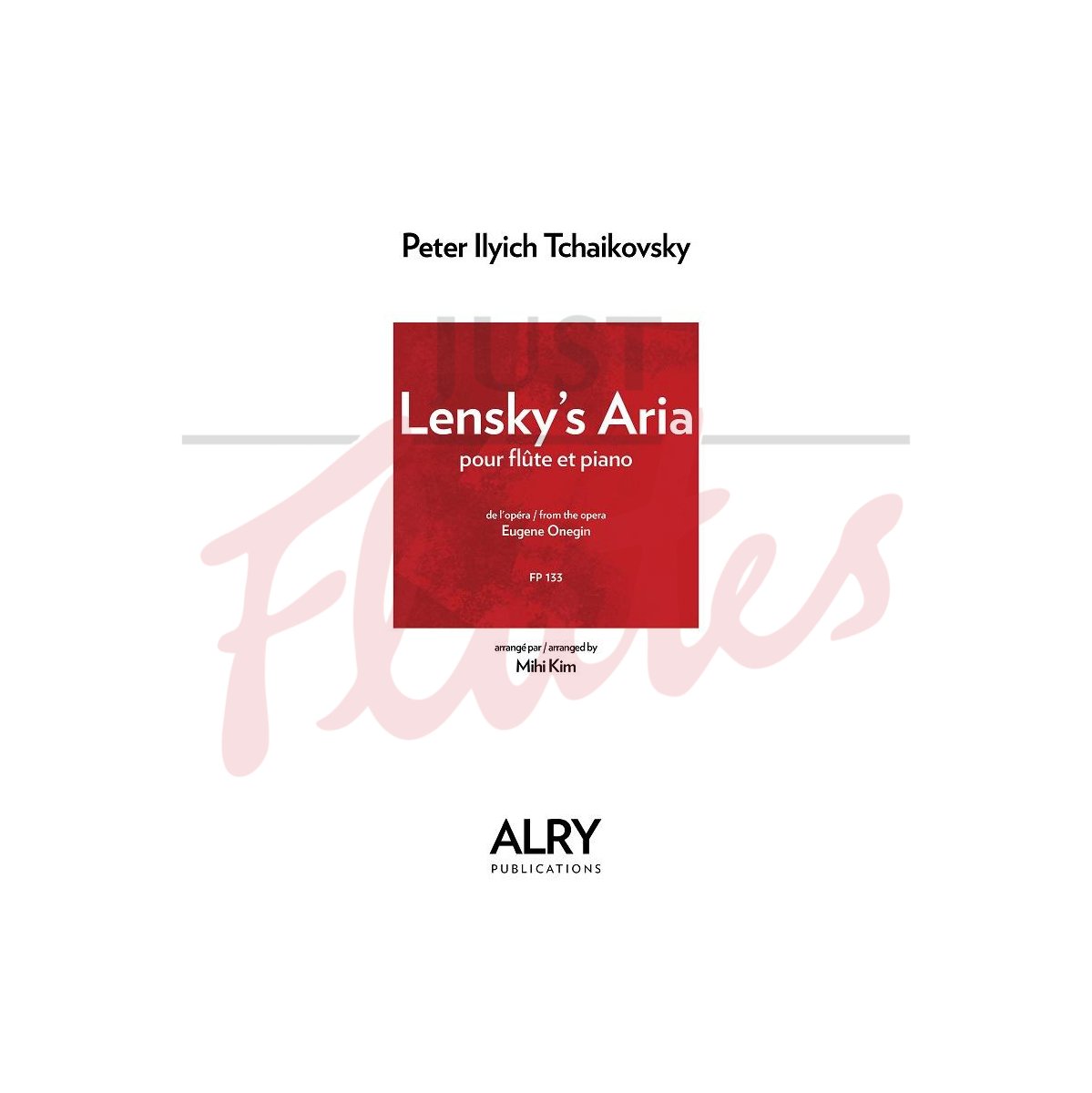 Lensky’s Aria, from Peter Ilyich Tchaikovsky’s 1879 opera Eugene Onegin after Pushkin’s novel of the same name, has appeared in multiple transcribed forms across the past century and a half. This new revision for flute and piano of Leopold Auer’s original is presented under French-Korean flutist Mihi Kim, professor of the École Normale de Musique de Paris and the CRD d’Issy-les-Moulineaux.