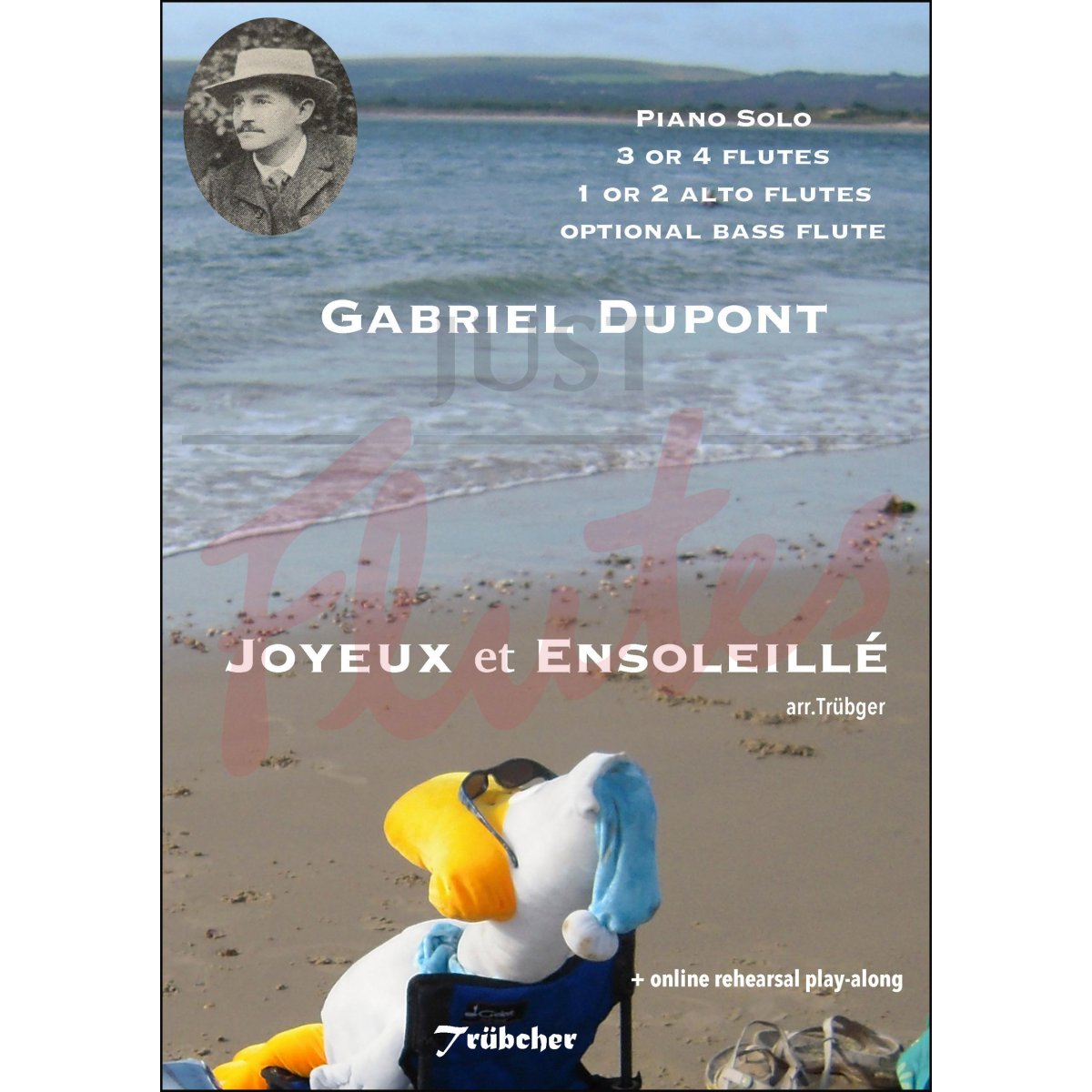 Another rare opportunity for a flute ensemble to perform with a pianist. Joyeux et Ensoleille is the 3rd movement of Poeme, originally written by the French composer, Gabriel Dupont for piano and string quartet [1911]. It is dedicated to his teacher, Charles Marie Widor. For this edition, it has been abridged and adapted for flutes by Roz Trubger. The character of the music is passionate and quirky by turn and requires a pianist of advanced ability.
Roz's notes: I am really impressed by the quality of the composition. It leaves a strong impression of what might have been, if Dupont had lived longer than 36 years.

Gabriel Dupont was born on March 1, 1878 in Caen, France where his father was the organist at the church of Saint Pierre de Caen. Gabriel Dupont studied composition with J. Massenet and Ch.M. Widor at the Conservatoire in Paris. In 1901, at the age of 23, he won second Grand Prix in the Rome Competition (Ravel only received third prize). Two years later, Dupont won first prize in the Rome Competition with his opera La Cabrera. However, by the time he was 25, Dupont was already ill with Tuberculosis and died from tuberculosis aged 36 in August, 1914.