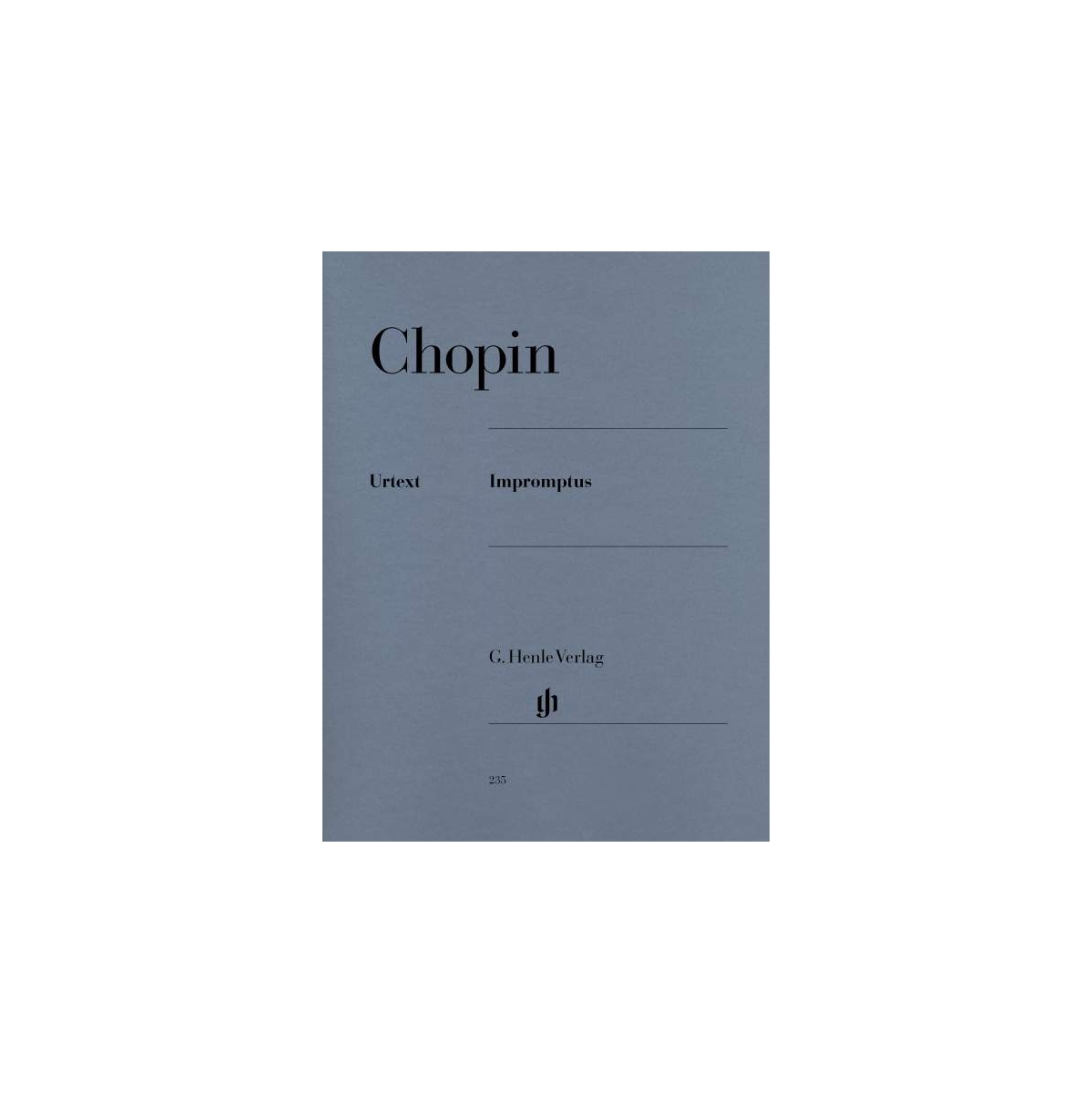 Hardly unexpectedly for a genre created by Franz Schubert, Chopin’s four Impromptus have a strongly improvisatory character, while still overflowing with fleet-footed lightness, as well as with dignity and tastefulness. This applies above all to the first three pieces of this volume, opp. 29, 36 and 51. Whereas the first was written in 1837, the other two were composed during Chopin’s relationship with the authoress George Sand, at her country seat of Nohant: op. 36 in 1839, op. 51 three years later. The opus number of the Fantaisie Impromptu, op. 66, is misleading, since the piece had already been written in 1834 as the first of the four works. Chopin had apparently not envisioned its printing, and it was issued only after his death, thanks to the efforts of his friend Julian Fontana. The print diverges so strongly from the – fortunately – extant autograph, however, that both versions are reproduced in the Henle Urtext edition.