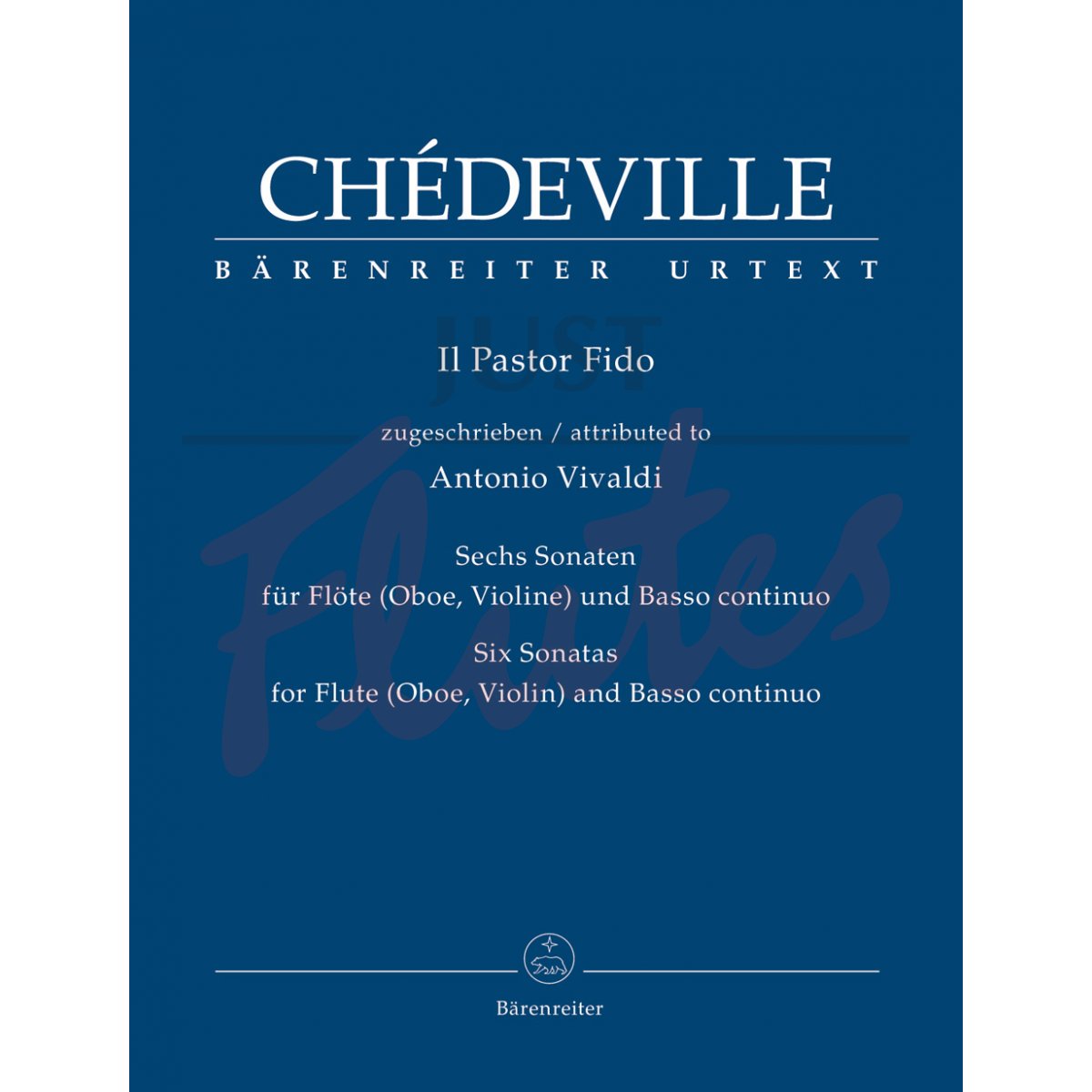 It was in 1990 – more than 250 years after the publication of "Il Pastor Fido" – that the masterful forgery was exposed: not Antonio Vivaldi but in fact the French composer Nicolas Chédeville (1705–1782) turned out to be the true author of this sonata collection, which was subtly foisted upon the unsuspecting Parisian public in the middle of the 18th Century, at the height of Vivaldi's popularity in France. Vivaldi himself never came to know anything of the misuse of his name and musical intellectual property.

"Il Pastor Fido" offers a ‘Mélange‘ of very simple, movements and gallantries in the French style, as well as some original movements of exceptionally fine music and powerful compositional ideas. Approximately ninety percent of “Il Pastor Fido” is Chédeville's own work; for the remainder, he adopted and built upon themes (or those which he thought to be) by Vivaldi, all the while demonstrating a thorough understanding of the style that he was striving to imitate.

As with all of Chédeville's other works and numerous other collections from the time, the original title mentions a series of instruments, all of which are suitable for performing these sonatas: the musette, hurdy-gurdy, flute, oboe and violin. Whilst the first two, which were popular instruments at the time and corresponded to the Arcadian sensibilities of the Age of Enlightenment, have long since been out of fashion, the flute is particularly well suited today to reflect the pastoral character – noted in the title of the collection (“Il Pastor Fido”: the Faithful Shepherd) – of the music.

The Bärenreiter Urtext edition was edited by the reputable Vivaldi scholar and conductor Federico Maria Sardelli. In addition to the musical text of the six sonatas, it contains a detailed preface (German / English), which not only tells the enthralling story of the forgery and reveals the "ingredients” required for such a composition. It also contains inspiring information on performance practice, whilst presenting a critical report with references to readings and editorial decisions.