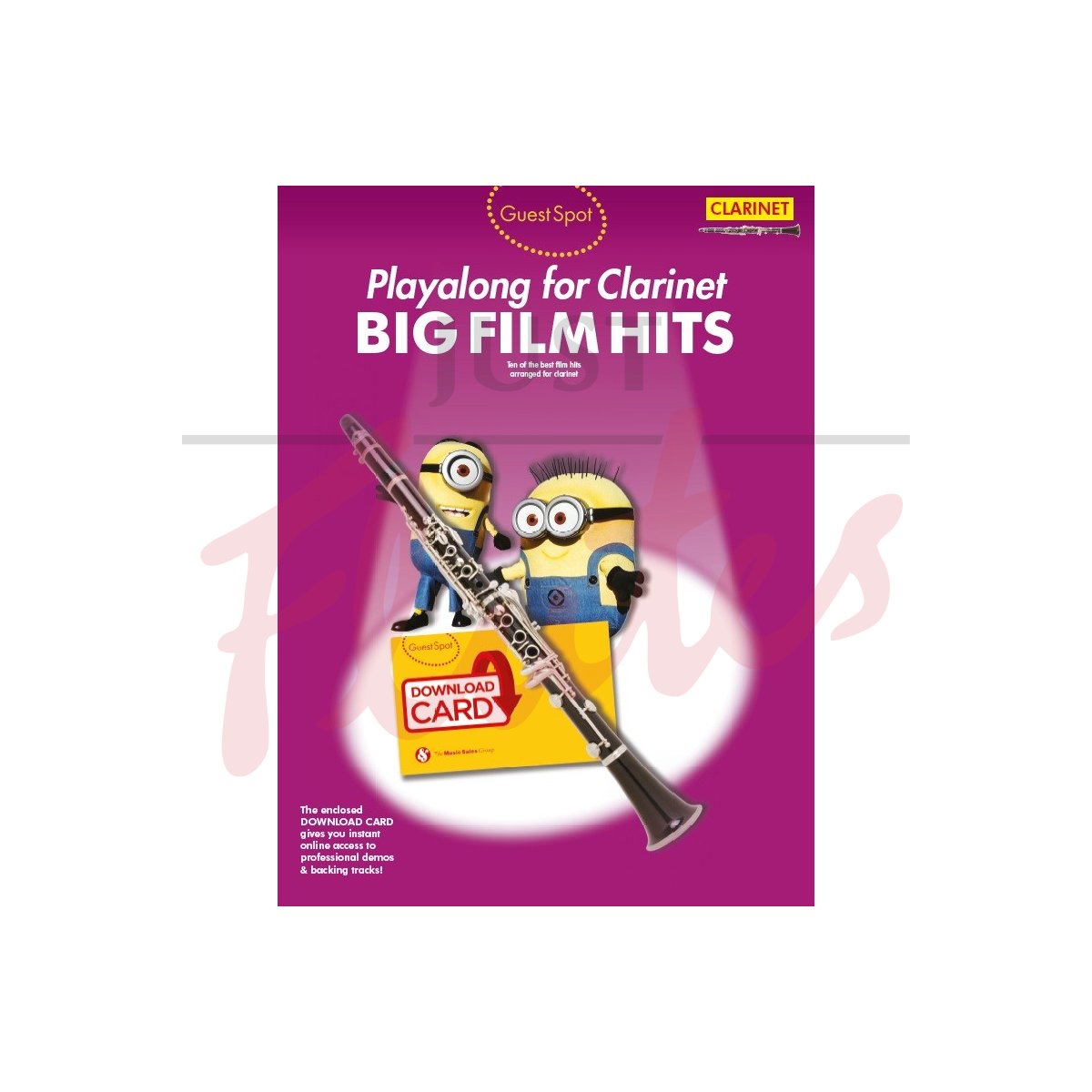 This new Guest Spot: Big Film Hits song book allows you to step out onto the stage and into the spotlight and play along with top-line arrangements for ten of your favourite contemporary film hits. With the included download card, you'll be able to listen to specially recorded versions of the tunes, before playing along to them yourself. Some of the best and most popular film theme tunes are included here as sheet music, such as Do You Want To Build A Snowman? from 'Frozen,' Happy from 'Despicable Me 2,' Everything Is AWESOME!!! from 'The Lego Movie' and Skyfall . With this fantastic book of film theme sheet music, you can recreate those hits of the cinema that were so brilliantly soundtracked by these songs in your own home, while also reliving the best moments and scenes from your favourite blockbusters. The innovative Download Card , included with the book, allows you to hear the tracks exactly as they're meant to be played, with the professionally-recorded demonstration audio. Then, the same song can be listened to with the Clarinet part removed, so that you can slot right in and play as if you were leading a full band. This great feature will ensure that you can play the songs precisely as they're played in the films, giving you an unprecedented level of accuracy when performing or practising. Songs like All Of The Stars, I See Fire and Atlas will bring a touch of Hollywood to your playing, with the cool sound of the Clarinet making instant classics of these recognisable melody lines. Also included is a Clarinet fingering chart, ensuring you get these film themes off the page and through your fingers with ease. The Guest Spot: Big Film Hits is the ultimate in up-to-date film theme sheet music for the Clarinet. Featuring the hottest songs from the latest Hollywood blockbusters, this is a music and film fan's fantasy.