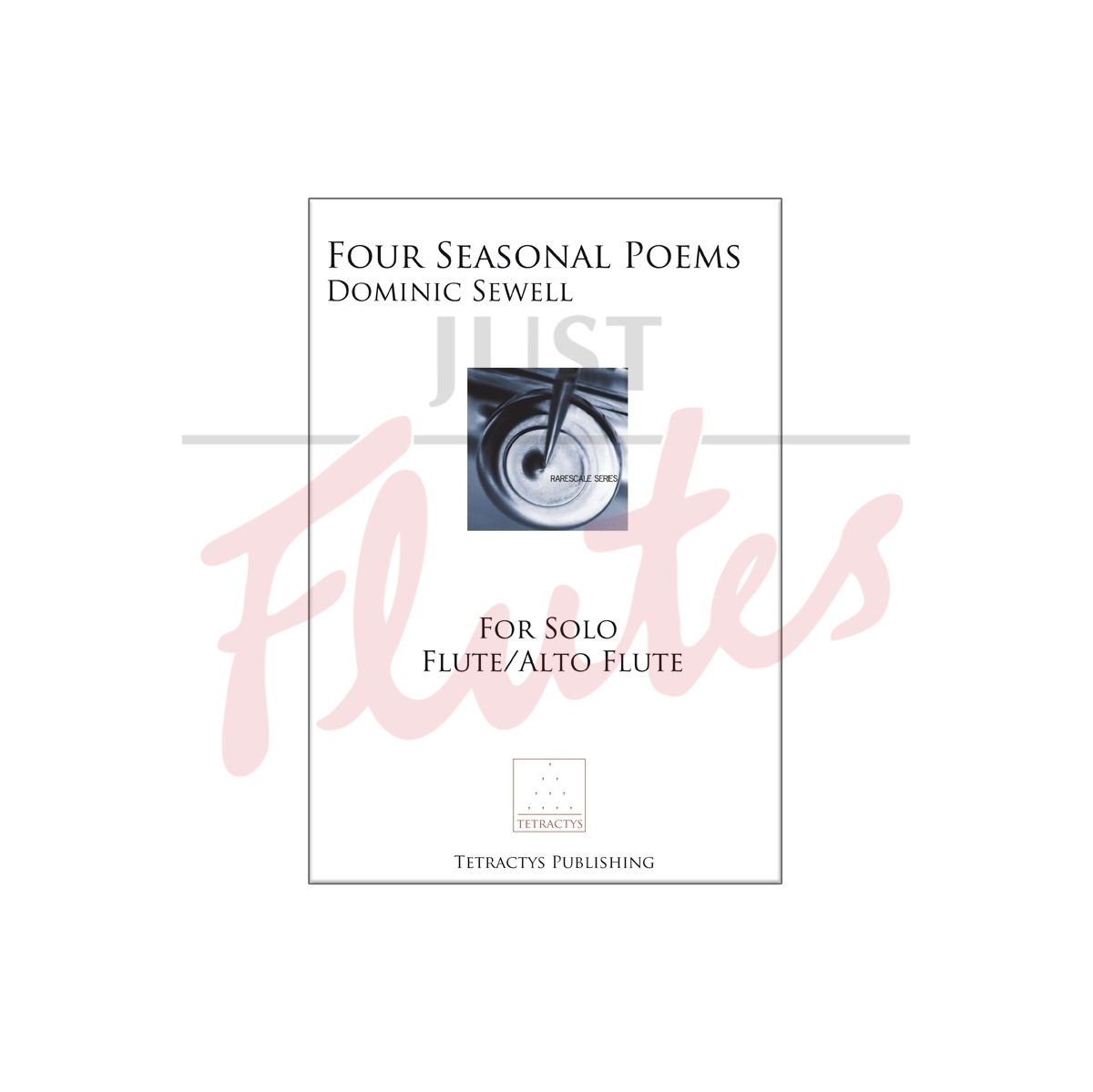 I wrote Four Seasonal Poems in 2005 whilst I was a postgraduate student of Joseph Horovitz. The inspiration for the piece was taken from a visit to the V&A museum in London where there was an exhibition of a series of Japanese gardens. They depicted an idealised imagery as to what various gardens might be like at different parts of the year. This is a musical re-examining of that stylised imagery. Musically, the piece is not supposed to represent anything specifically Japanese although some of the techniques that the soloist employs might be reminiscent of the Japanese bamboo flute. The piece calls for different types of breath tones and other extended techniques, and, in terms of pitches, each short movement is linked by the use of a single 12-note tone row.