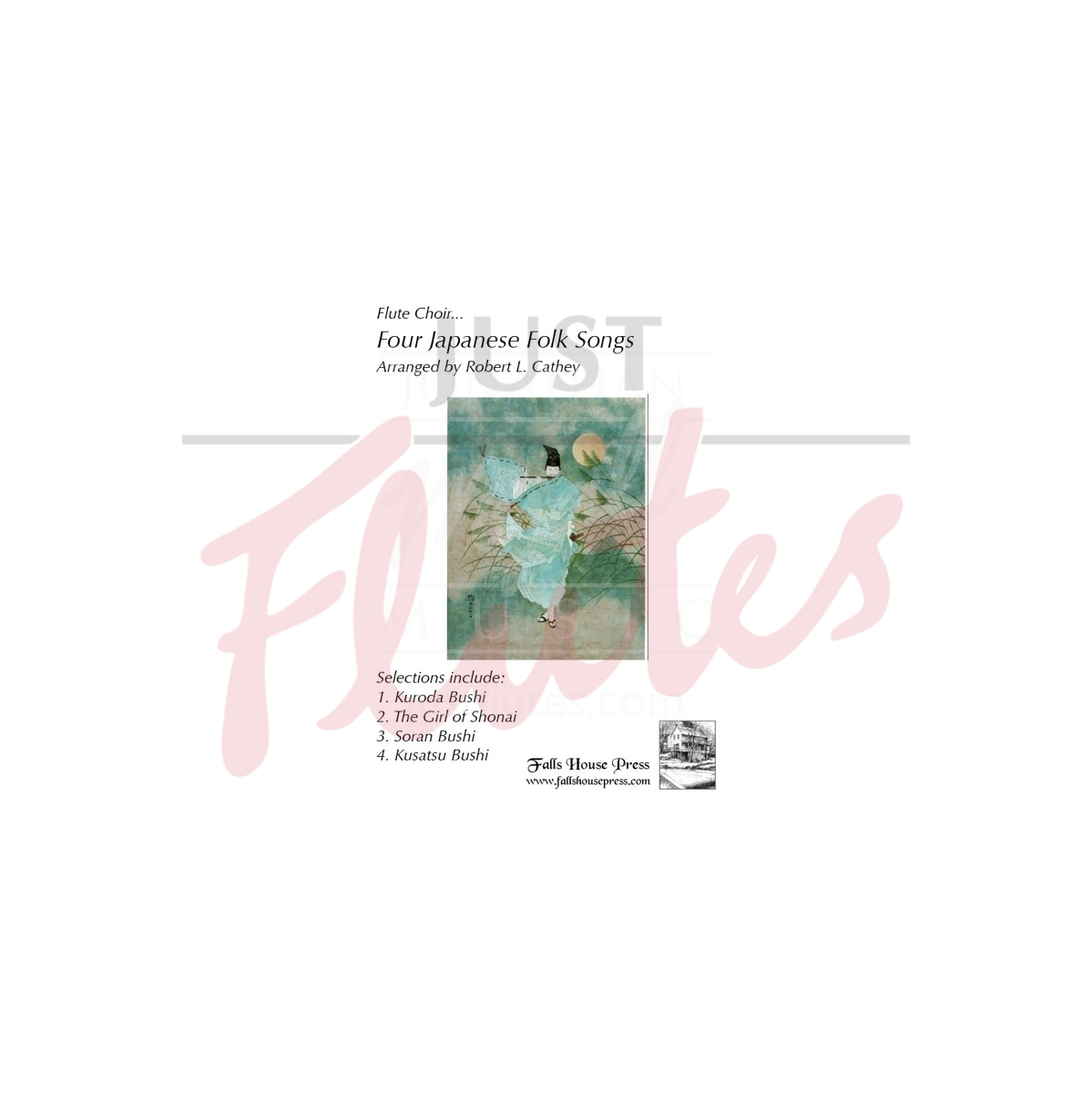 These four short compositions are authentic expressions of "old" Japan. They were learned by the arranger during the four years he lived and taught in Japan. This arrangement attempts to recreate the sounds of traditional Japanese instruments, particularly the shakuhachi and the koto, as well as the Japanese flutes. It is scored for 3 C flutes, alto & bass flute, with a C flute version of the alto part that can be downloaded via the Falls House Press website.