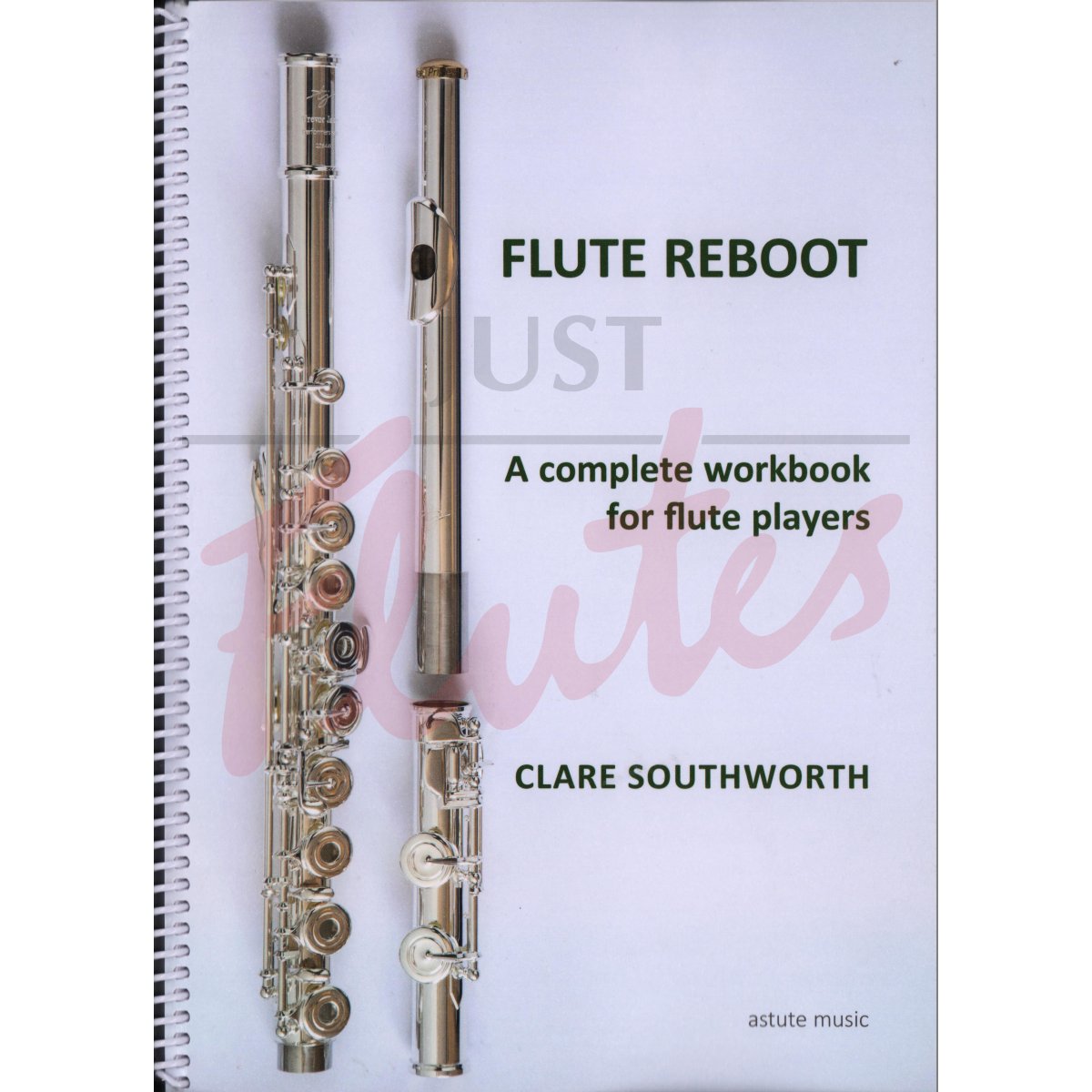 This volume is described as 'a complete workbook for flute players' and is intended to be 'a tutorial to help you re-discover the joy of the flute and music-making'. The flute reboot concept is about reigniting passions, either for those who are still playing but need a little boost, or to help people who have taken a break from playing come back into the world of the flute.

The book is divided into 12 lessons which can be worked through independently at the player's own pace. These cover topics such as posture, hand positions, tone, breathing, articulation and vibrato, as well as short sections on practice techniques and and baroque interpretation. There is a wealth of valuable information within each of the lessons, drawing on Southworth's extensive teaching experience. Flashcards present a set of key elements in bullet-point form, and there are plenty of musical examples from different areas of the flute repertoire.

Despite the book's excellent content in some areas, I have a few small reservations. For a 'complete' workbook, there are some gaps; the section on baroque interpretation is brief and the concept of interpretation in a wider range of styles could be explored in more depth. Similarly the last two lessons focus on learning one (difficult) piece; while there is some level of detail here there is scope for more hints and tips on general practice strategies. Perhaps the book suffers a little here from comparisons with other practice and warm-up books on the market, which are often presented in several volumes. It is difficult to pack everything into one volume, and I feel there is plenty of potential here for a series of follow-up books which explore each area in more depth.

I am also a little unclear on the level of player that this is aimed at. The preface suggests it is suitable for 'established players', but the introductory material provides revision material for basic topics such as making a sound on the headjoint. The level then gets difficult relatively quickly and I can imagine there maybe moments of frustration from genuinely rusty players who had only reached a modest level of playing before taking a break. However, since the book is aimed at adults, confidence in independent learning will allow players to pick and choose the material best suited to them from what Southworth offers.

On the whole the mix of repertoire is enjoyable and also serves as an introduction to some of the works in the Astute catalogue. The book is well presented, with clearly written text explaining the concepts clearly and without dumbing down or patronizing. There are a few minor errors in the typesetting conventions of the musical examples; these do not get in the way of the understanding of the music, and are likely not to concern the average player but could be easily corrected in a second edition.

The Flute Reboot concept is a valuable one which has a lot of potential, this is an interesting start which is likely to help players discover new repertoire, fill in a few technical gaps and get them on their way with a reignited passion.