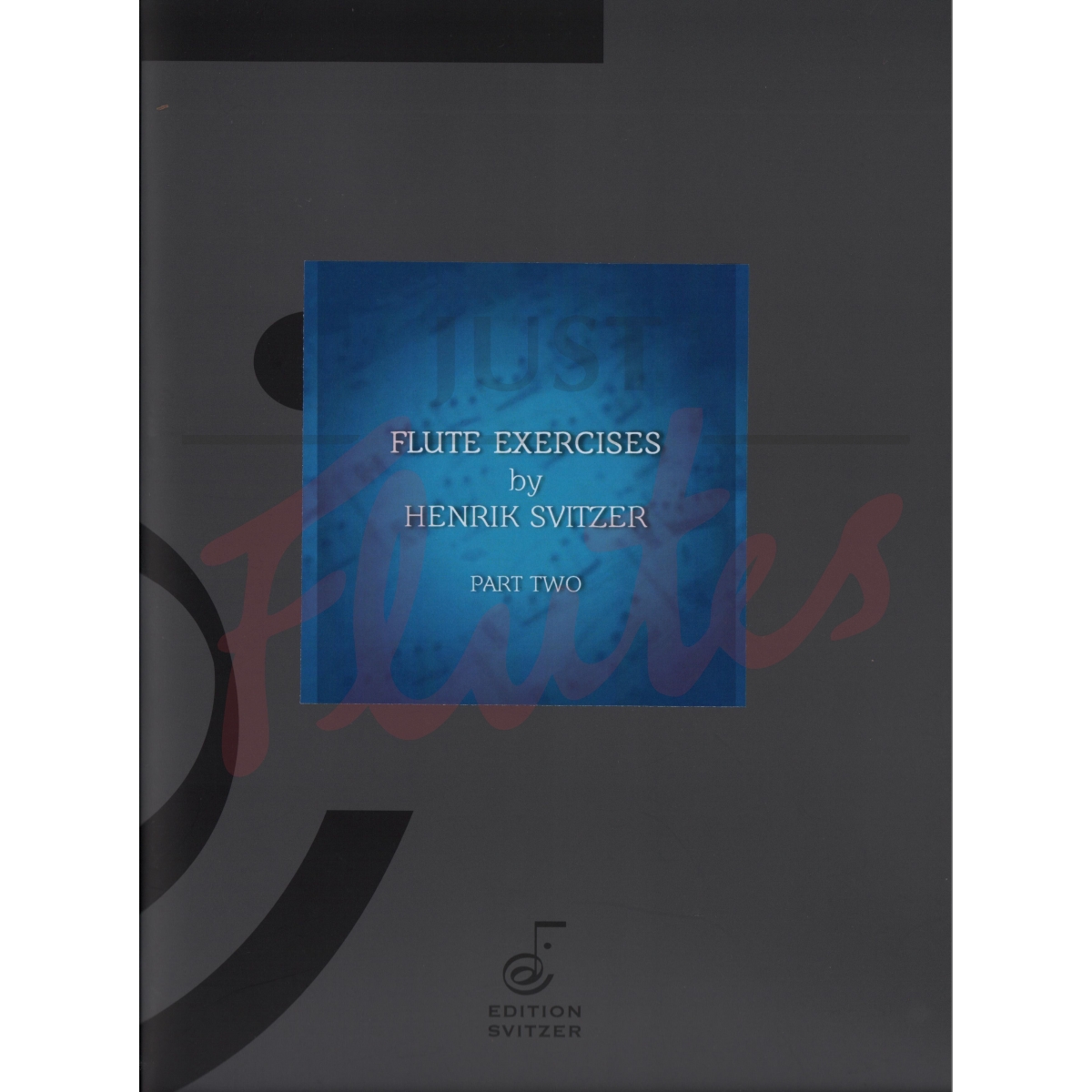 “Written from the Heart Book 2.”

Henrik Svitzer was principal flute of the Royal Danish Orchestra for 21 years and so he knows a thing or two about how to keep your playing up to scratch without necessarily having hours to practice. This book is a result of 'many years of research and experiment during my life' and it really does feel like an insight into a personal journey.The exercises themselves are pretty familiar but it is in the advice on how to approach them that this book is so valuable. The explanations are not only clear but also related to specific situations or technical issues. Svitzer studied with Marcel Moyse and so sound takes centre stage here. This is a highly recommended book to complement Book 1.

This is the second part of Danish flute player Henrik Svitzer's Flute Exercises, which first appeared in print in 2015. This book focuses on finger technique, building up scale passage-work through a series of different note groupings.  The first exercise uses a five note pattern, and brings together repetitions of pairs of notes to help build strength in the individual fingers, and short scalic passages for evenness.  A six note pattern follows, in combinations of threes and twos.  Numbers three and four focus on chromatic patterns, and the fifth exercise deals with whole tone scales. We then have a technical passage from Gaubert's Nocturne and Allegro Scherzando transposed into a range of different keys, and a chart for helping to map the intonation idiosyncracies of your flute. All of the exercises go through many different keys to encourage a general facility across the instrument's range.  While this is not as comprehensive as some of the finger exercise books currently available, Svitzer's method is logical and well thought out, and is also a refreshing change from the more familiar patterns.  In conjunction with Part 1, this is a useful resource which draws on Svitzer's abundant experience as a flute player and teacher.  Recommended.

This exercise book is the fruit of many years of research and experience during my life and is based on the principle that the professional flutist of today has only a limited time each day to devote to his instrument. I have tried to collect the most essential exercises for the flutist so it will be easier to stay in shape and maintain a good form without having to consult 10 different books. It is my hope and purpose that these exercises will help the flutist feel more confident with the instrument and reach good results and success. These exercises are also made for love to the flute playing.