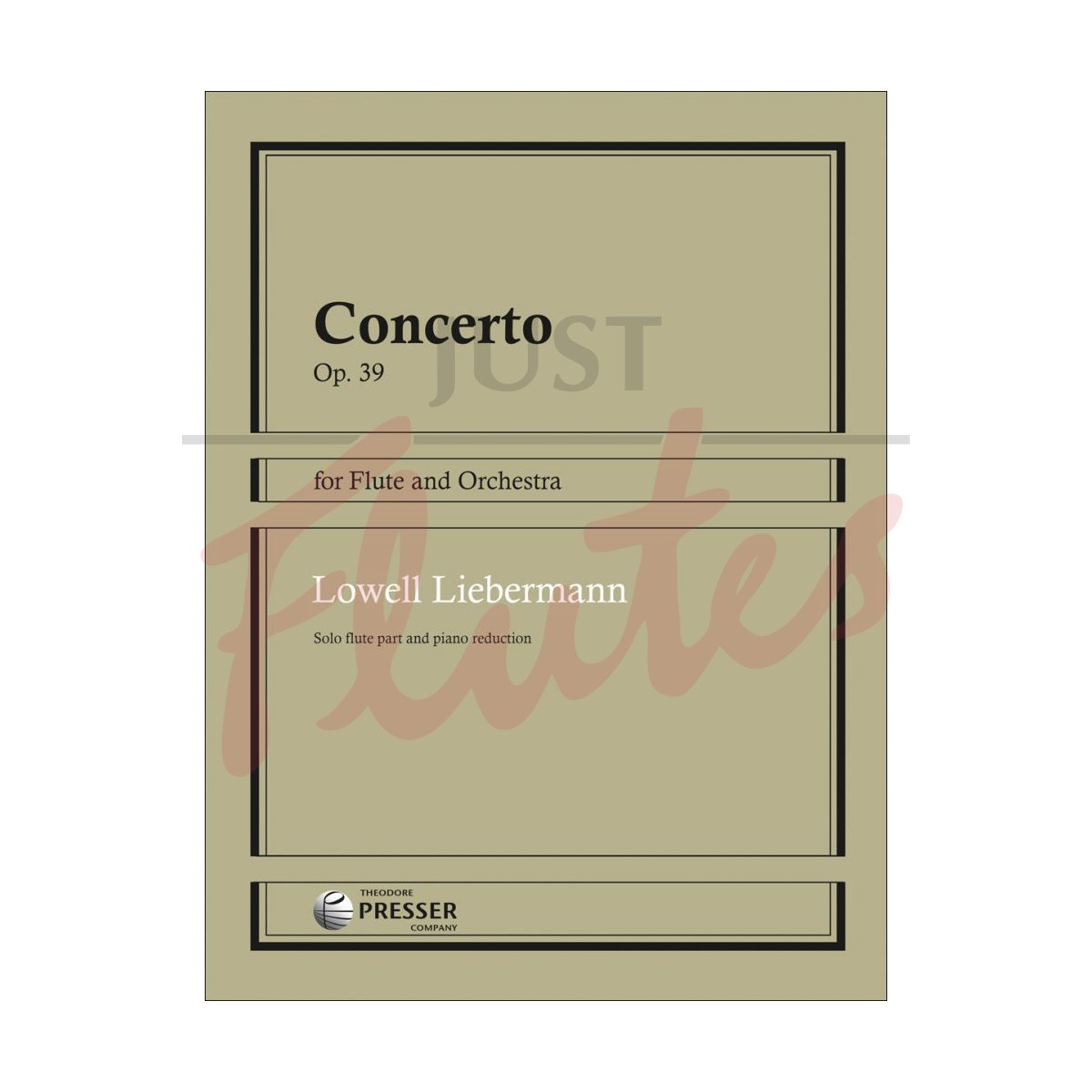 Liebermann is one of the most prolific of composers for the flute, having written three concertos for the instrument (including a piccolo concerto and a flute and harp concerto) and two sonatas (one with piano accompaniment, the other with guitar) in addition to a soliloquy for unaccompanied flute. This dramatic and Romantic flute concerto is one of the most important twentieth-century additions to the repertory of the instrument. In 1994 the National Flute Society of the United States named it as the best new work for the instrument.