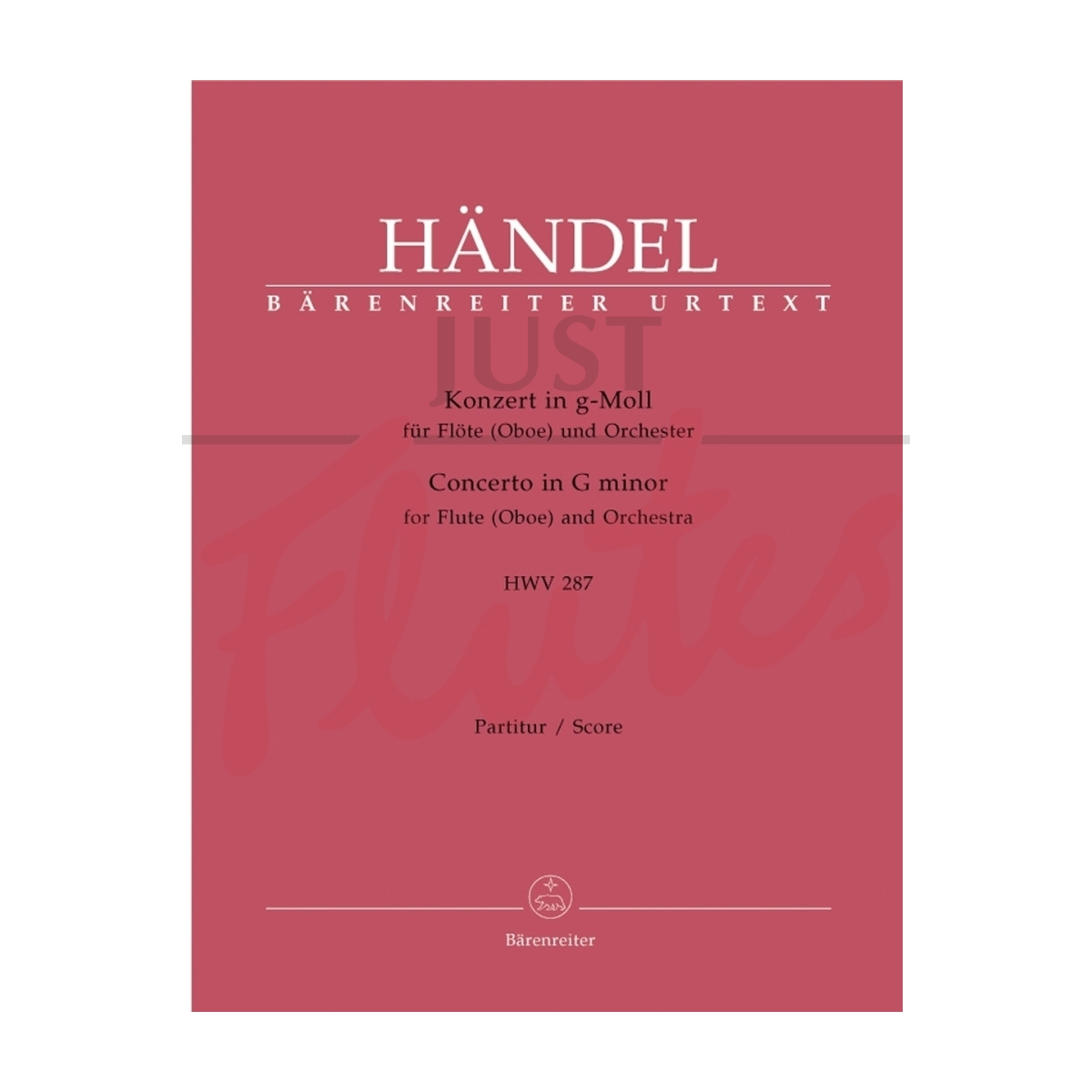 Editor's Choice
Also available: Flute and Piano reduction and Parts
This is a lovely concerto that was originally thought to be for oboe but has now been proved to be for flute and strings. Be that as it may, this makes a welcome addition to the Baroque flute concerto repertoire and would be ideal for the fairly advanced player to perform with the local/school orchestra. The flute part is demanding but not daunting and the string parts are very playable by a good string group. While the flute writing is on the low side the accompaniment is at no point overpowering, and as usual with Barenreiter the edition is impeccable. Do try it.

The Concerto for Flute and Orchestra in G minor, HWV 287 is a first edition. Although published in the Handel Complete Edition, IV/12 for oboe in 1971, the work has for many years been considered spurious because no contemporary source existed.

This concerto was thought to have been written by an amateur musician who borrowed material from Handel's works written or published after 1733. The situation changed drastically when a contemporary set of parts for the concerto, originally copied in Stuttgart for the Erbprinz Friedrich Ludwig von Württemberg, were found in 1993. These parts, copied about 1720, show that the composer borrowed from this concerto for compositions such as the organ concerto HWV 296a, the concerto grosso op. 6 No.11, HWV 329 as well as the trio sonata in G minor, HWV 390. The parts are titled Concerto à 5 for 1 Flut Travers e Hautb , 2 Violino , 1 Alto Viola Col Basso continuo. This new critical edition by Terence Best is the first to make use of this new source. The score contains a lengthy preface and critical commentary.