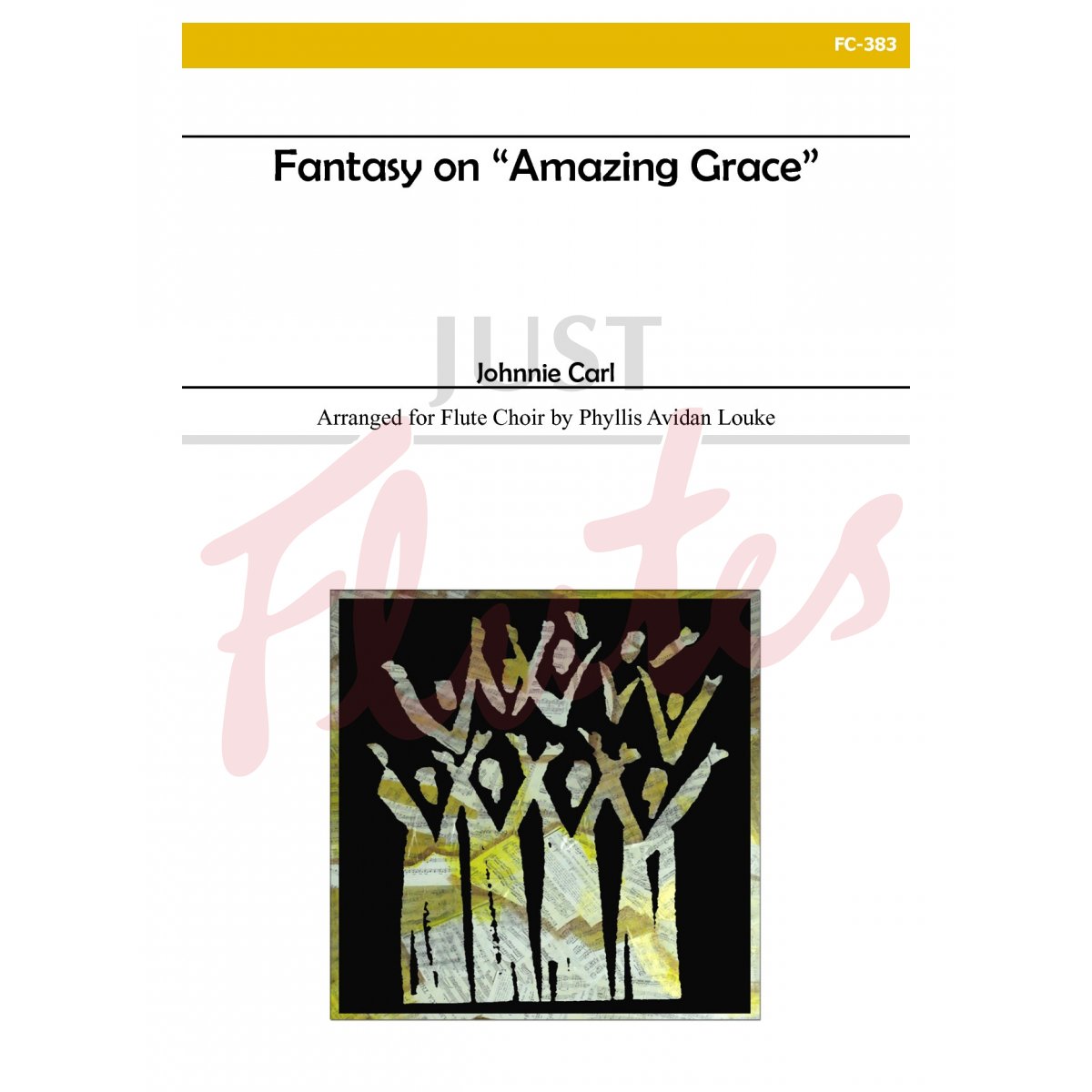 This arrangement of Fantasy on Amazing Grace by Johnnie Carl was commissioned by Rhondda Dayton and Pipe Dream Flutes and premiered by the group at the National Flute Association Convention in New Orleans in 2013. Dedicated to Carl’s wife, Linda, this piece was originally written for the Hour of Power Orchestra at Robert Schuller’s Crystal Cathedral in Southern California. Johnnie Carl served as the Music Director, Conductor, and Arranger for 29 years. The piece opens with the melody played by a solo bass flute, and progresses from a simple, yet beautiful, setting of the melody in Bb Major to a more lush treatment through several key changes. The melody continues with countermelodies and a running sixteenth note accompaniment alternating in the bass and alto, before coming to a quiet close in G Major with an alto flute solo.