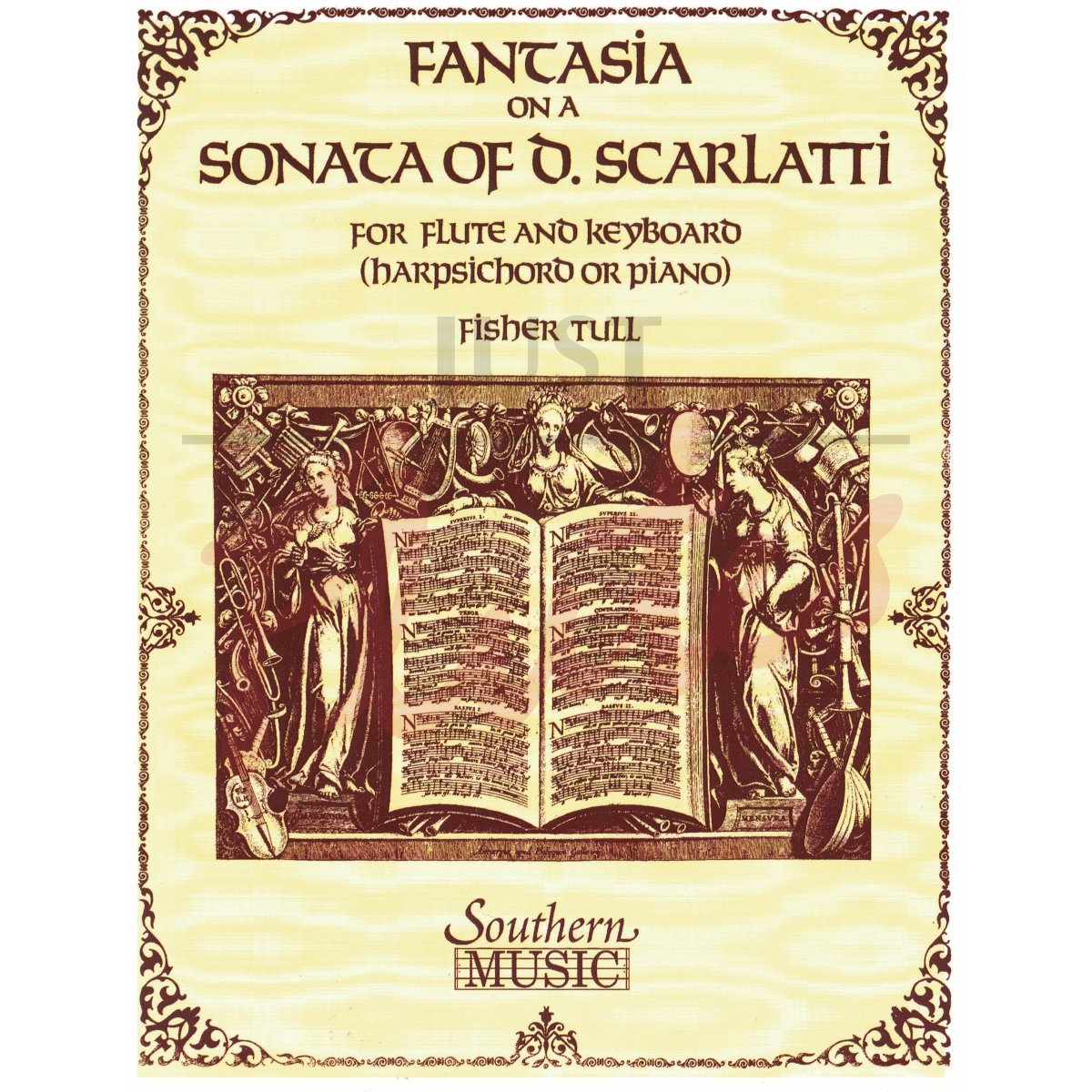 Fantasia on a Sonata of D Scarlatti was commissioned by the Houston Music Guild and received its premiere performance on March 13 1974 by Jan Cole, bass flute, and John Paul, harpsichord. Although originally conceived for this combination, the work is equally suitable for C flute; piano may be substituted for harpsichord if the latter is not available.

As indicated in the title, the Fantasia is a set of variations on a sonata for harpsichord (Longo 382) by Domenico Scarlatti. This particular sonata was selected because of its unusal harmonic characteristics which readily allowed for a synthesis of Baroque and contemporary style.

The theme is presented in a literal but abbreviated manner. The first variation exploits irregular metric combinations while still retaining the contrapuntal essence of the theme. The highly rhythmic features of the first variation are contrasted by a flute cadenza and a recitative section prior to a recapitulation of the first material. The second variation, for flute alone, is quasi-aleatoric in that the soloist is given a number of melodic fragments which may be selected and combined in any order at the discretion of the performer. The third variation reverts back to the Baroque practice via a fugue which is traditional in every respect save the harmonic vocabulary and the tonal relationships. Both the subject and countersubject of the fugue are derived from melodic elements of the theme.