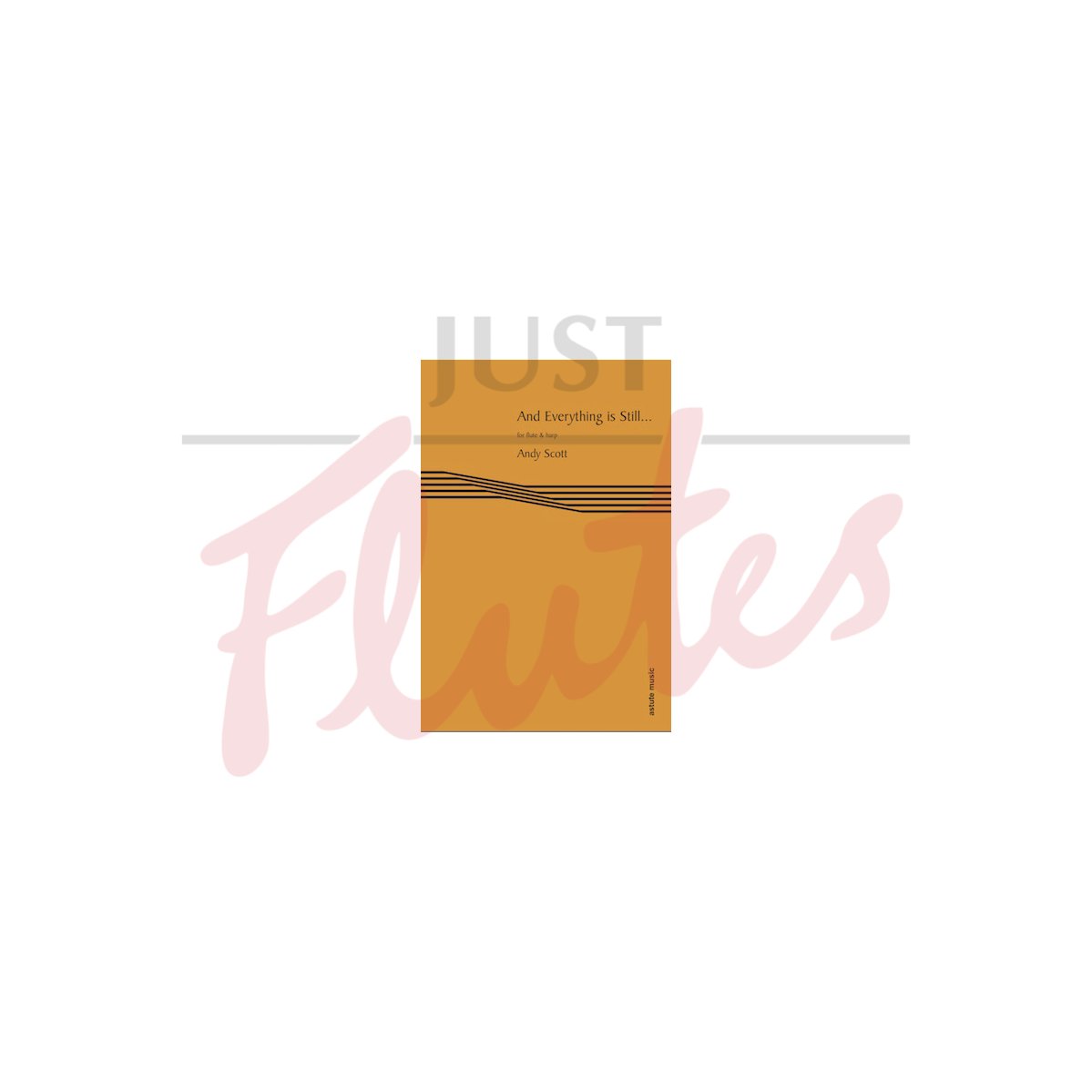 And Everything is Still… [Flute and Harp]

Inspired by a poem written by Lemn Sissay (taken from his children’s book The Emperor’s Watchmaker), and originally written for flute and piano, And Everything Is Still… was originally commissioned by the Royal Northern College of Music for a concert that marked the retirement of the College Principal Edward Gregson.

This version for flute & harp was realised by the composer and premiered by Clare Southworth & Lauren Scott at the launch concert of the Sandbach Concert Series, 30th September 2010. A simple melody unravels alongside delicate harmonic statements, creating a calm and gentle atmosphere.