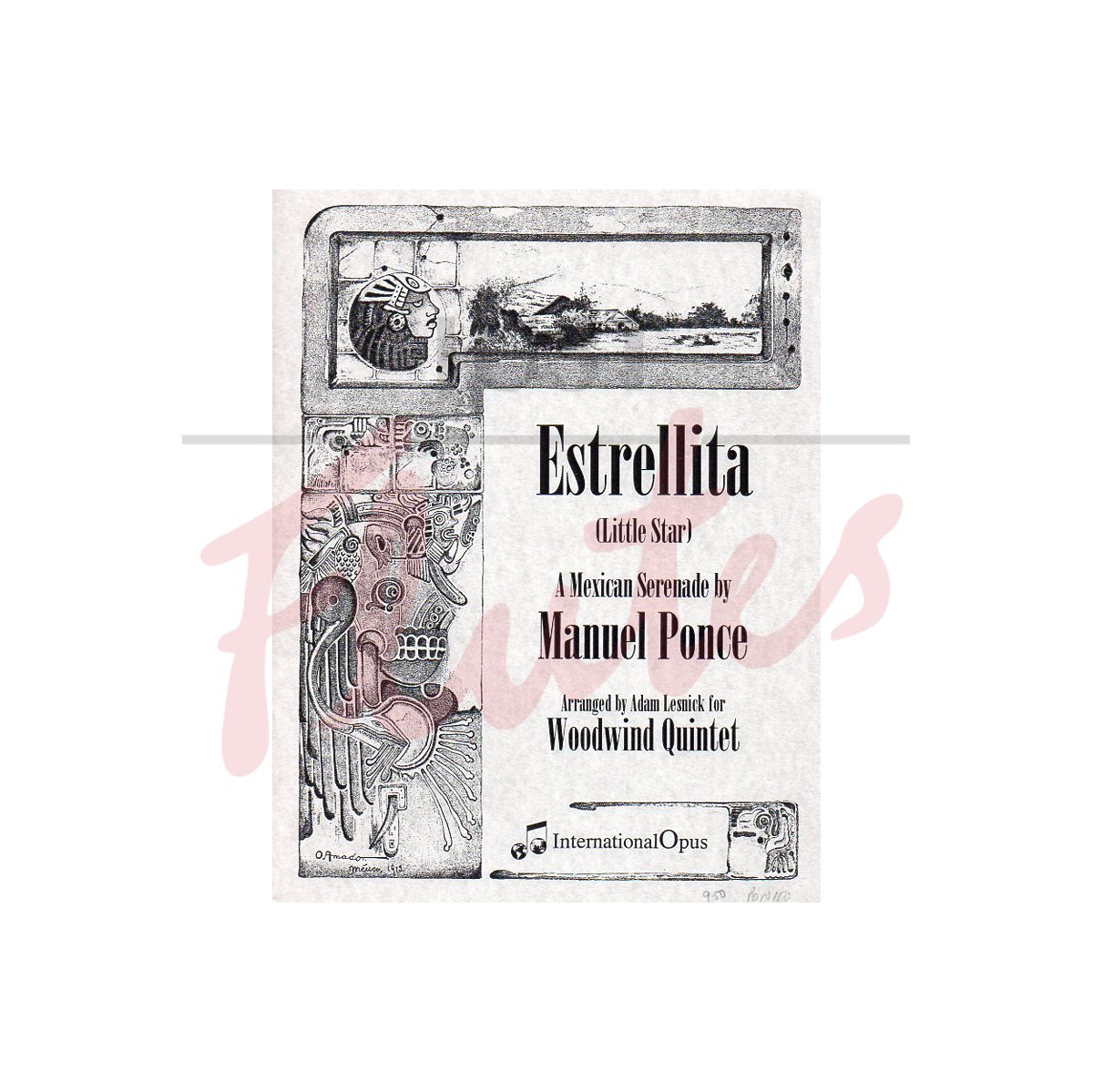 Manuel Ponce was one of the most prominent 20th Century Mexican composers, drawing from authentic Latin music in his compositions. Often mistaken for a folk song, Estrellita is a brief Mexican serenade which became a universal favorite after its initial 1914 publication. Arranged by Adam Lesnick.