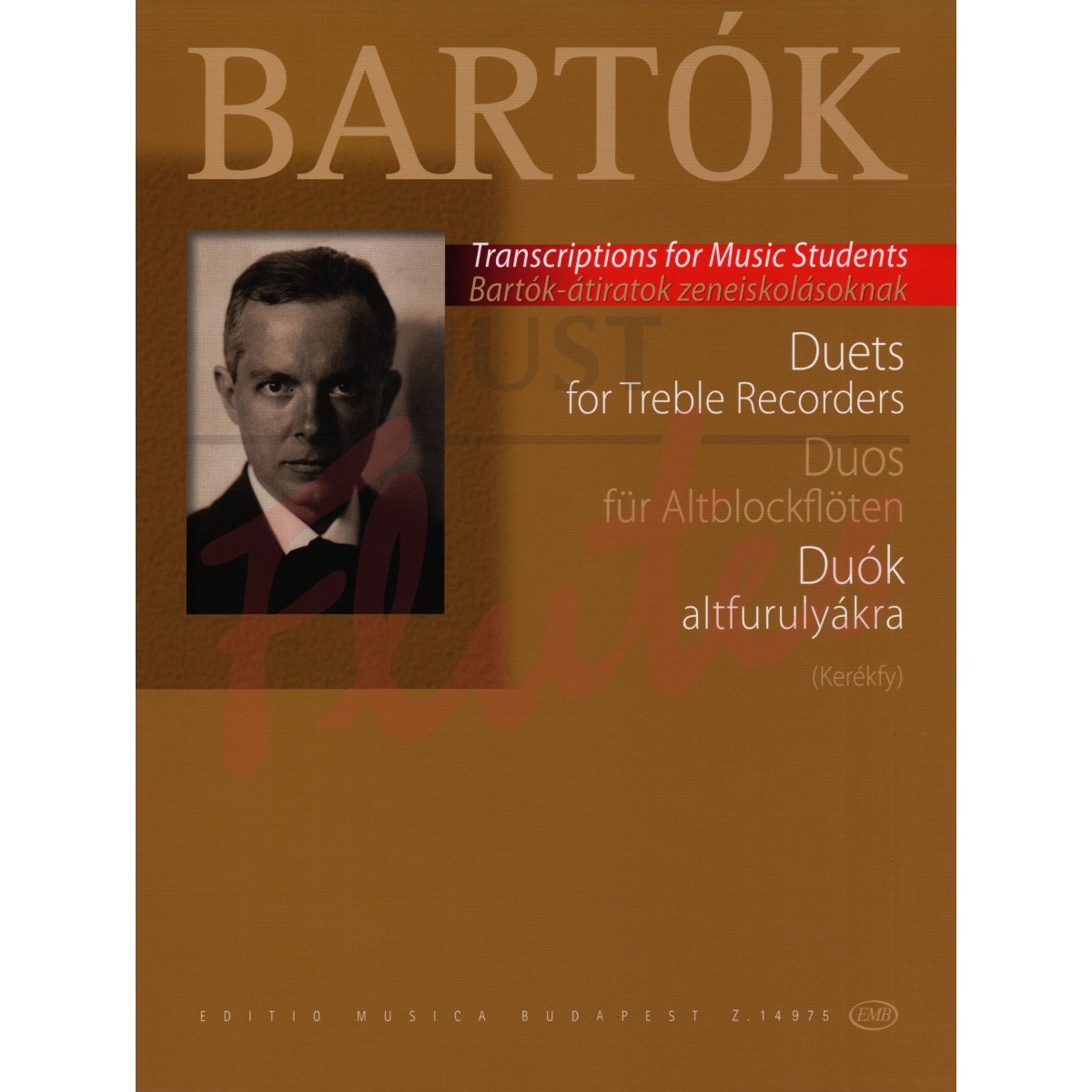 The Children’s and Female Choruses were composed in a single burst of creative activity at the zenith of Bartók’s career, in the summer of 1935, between such masterpieces as the String Quartet No. 5 and the Music for Strings, Percussion and Celesta. These short choral pieces are based on folk texts that Bartók further polished and stylised.

The music, however, is wholly the composer’s own, although it frequently includes motifs, rhythmic formulas and line structures reminiscent of Hungarian folk songs.  Duets for treble recorders contains nine of the two-part pieces of the set, transcribed idiomatically but faithfully for treble recorders.