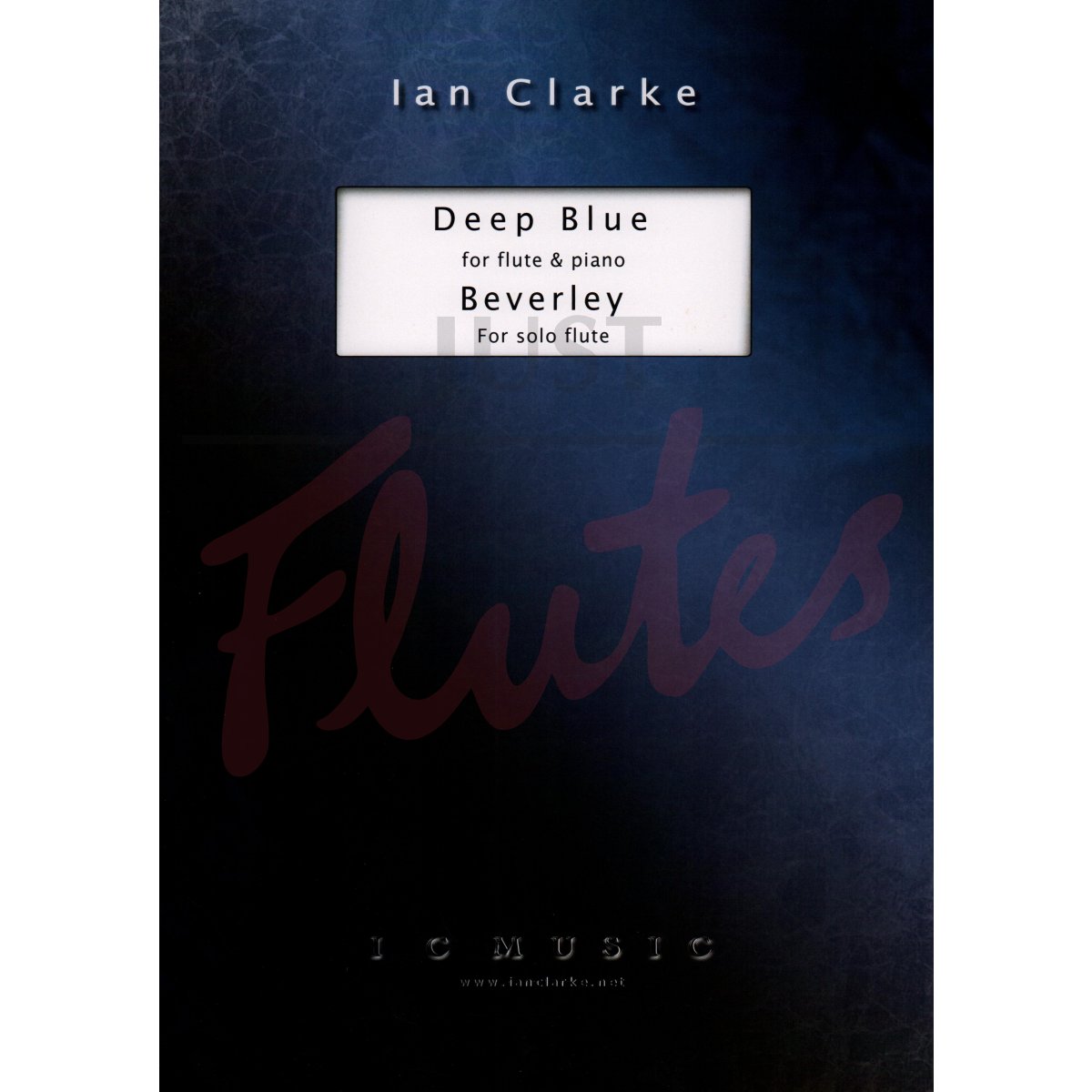 “The release of the year!”

Chris Hankin Just Flutes staff member - chrish@justflutes.com
There is a great deal of anticipation around any new piece by Ian Clarke and here you have a double treat in store with two superb pieces to savour.

In Deep Blue a beautiful melody is subtly coloured by lip glissandi and note bends. The 'simple gentle groove' accompaniment is a perfect match - the result is a wonderfully approachable piece that will delight many an audience.

Beverley for solo flute has Celtic folksong roots - 'a simple plaintive melody'. Again colour is the key and the freedom in the writing allows the performer to make this piece their own. Slightly more complex than Deep Blue, the textures here are incredibly atmospheric, making this aurally compelling.

If you are new to this genre you couldn't wish for a better introduction. If you're already a fan you'll be in seventh heaven!

"Deep Blue" is partly inspired by the ocean and whale song. The composer gave first performances of the work at flute courses in the summer of 2012 with its US premiere at the Las Vegas 2012 NFA convention along with a performance at the BFS 2012 convention in Manchester, UK.

"Beverley" is a simple melodic plaintive lament. This was composed in the first half of 2011 and first performed by Ian at the Woldingham and Scottish international summer schools in that year. It was also performed at at the Las Vegas 2012 NFA convention and the BFS 2012 convention in Manchester, UK.