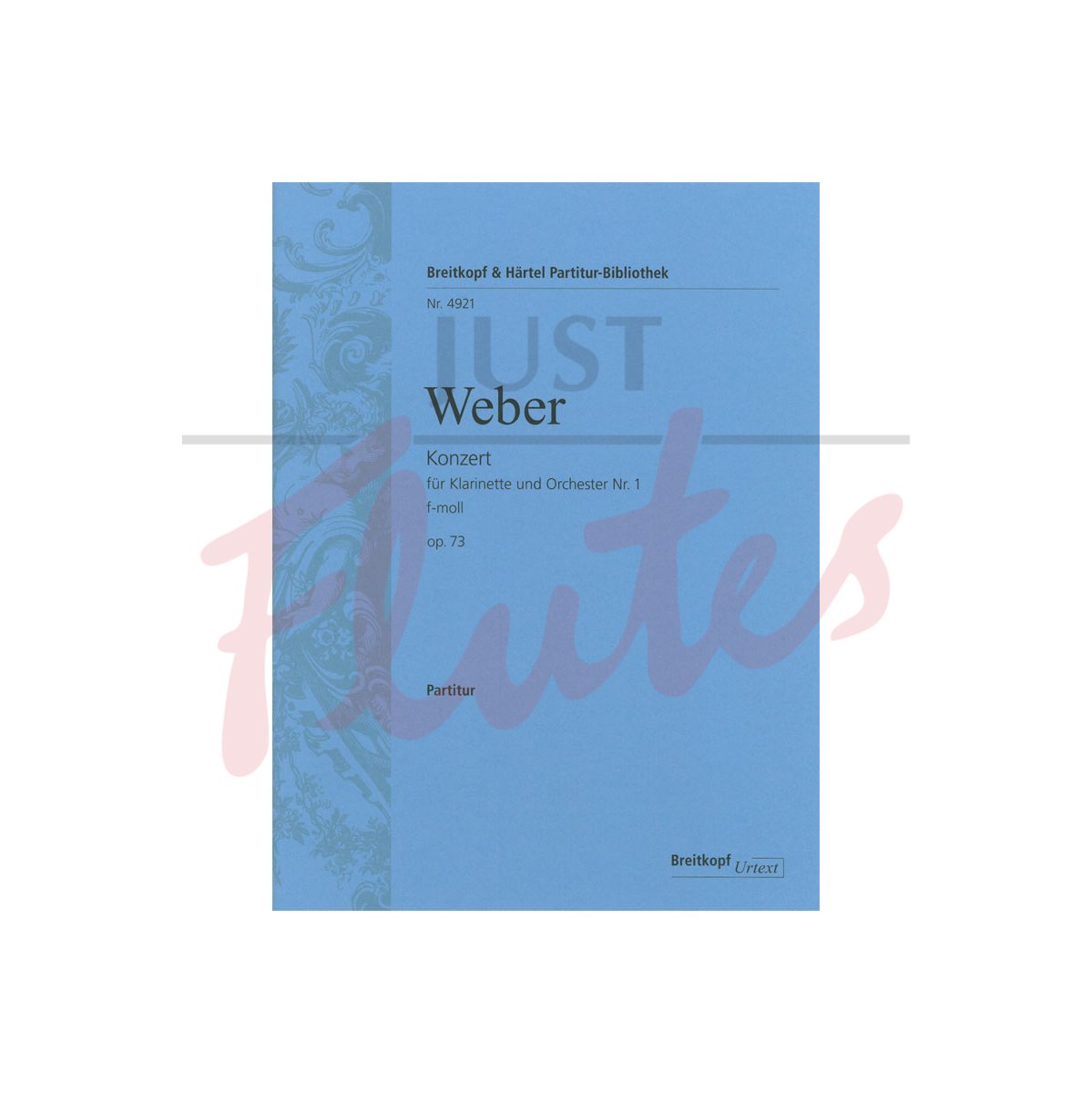 Carl Maria von Weber composed his Clarinet Concerto in F minor in the course of only a few weeks in 1811. It was written for Heinrich Joseph Baermann (1784–1847), the clarinetist of the Munich Hofkapelle, to whom it was also dedicated. The work had a resounding success at its first performance in Munich on 13 June 1811. The F-minor Concerto was first published in 1822.

The work adheres to the classical three-movement form. Exceptional are, however, two short and highly romantic chamber-music sections for clarinet and horn trio, which constitute the middle section and the closing measures of the Adagio.

The principal source of the present Urtext edition is the autograph. The appendix contains Baermanns cadenza to the first movement as well as the two aforementioned horn passages in a performance-practical string arrangement made by the composer.