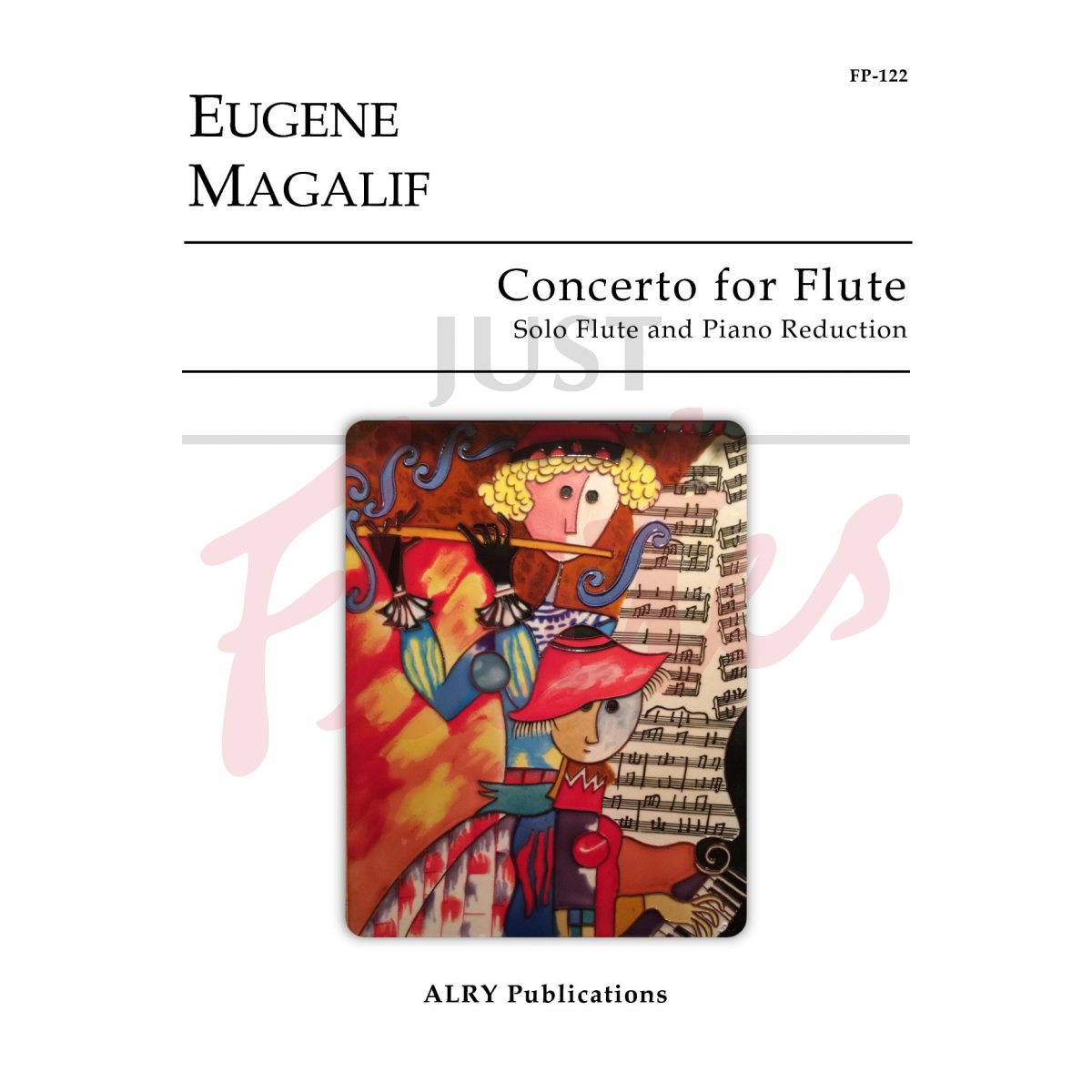 The Concerto for Flute by Eugene Magalif was completed in 2015. In February 2016, it was recorded for the CD album "Colibri" by soloist Patrick Dillery, flute (USA) and Dnipro Symphony Orchestra (Ukraine), and a few days later, in March, the World Premiere took place in Dnipro Philharmonic Hall. It consists of three movements: Allegretto – Andante – Allegro, and the form is close to similar works of the 18th century. The first and third movements are written in the rondo-variation form, while the second movement is a three-part fugue with a freely-floating flute obbligato, each combining styles of 18th-19th century classical music with modern popular music.

This work exists in three different versions, all published by ALRY Publications: Flute and String Orchestra with Percussion; Flute and Piano reduction; Flute and Concert Band

Please contact us about hire of the parts and score.