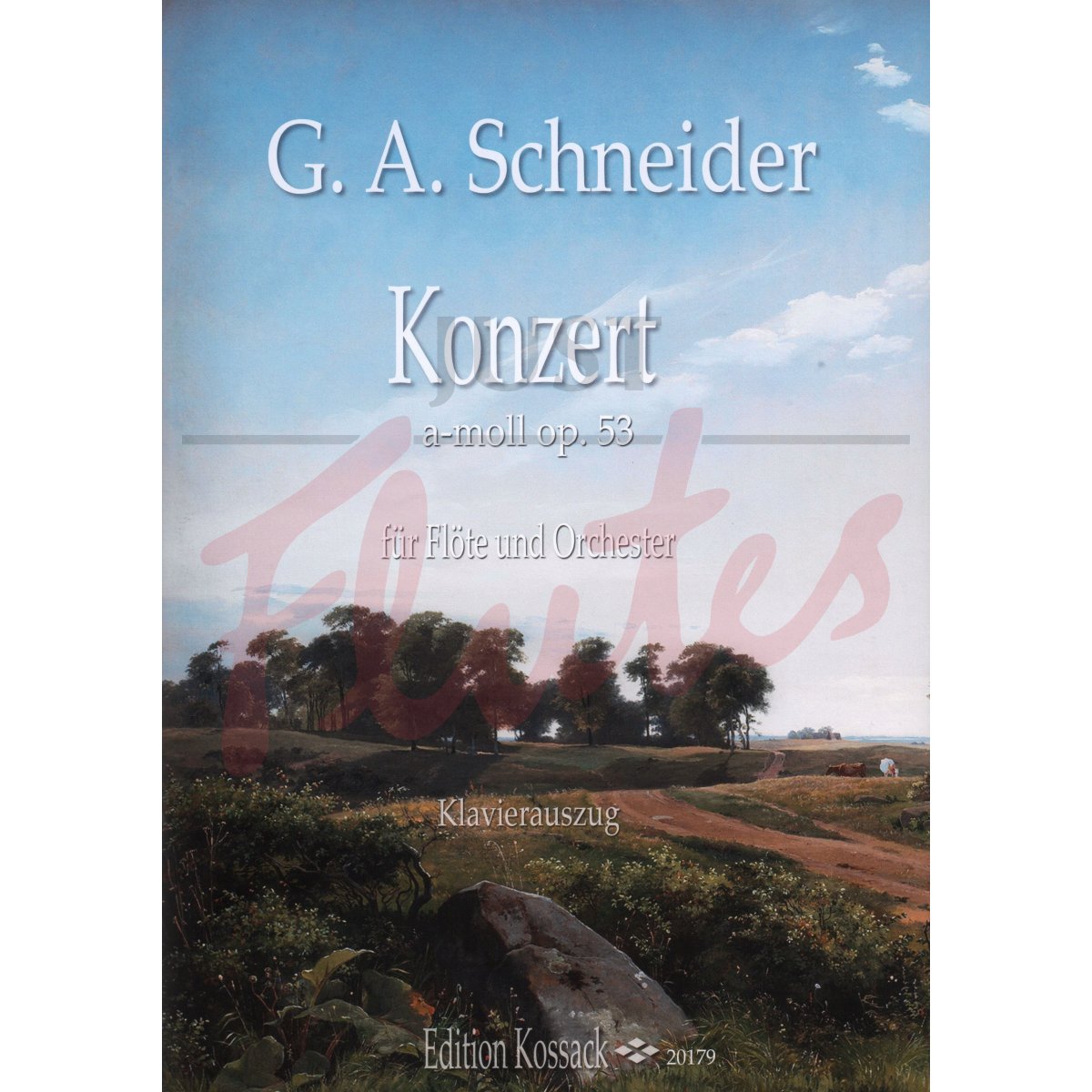 Concerto in A minor arranged for Flute and Piano, Op. 53

Schneider wrote, among other things, 4 flute concertos and 2 double concertos for flute and oboe. According to his own statements, most of his instrumental concerts were written between 1806 and 1813, at a time when cultural life came to a standstill as a result of the war and the occupation of Berlin by the French. Schneider, like all his colleagues, lost his job in the Royal Chapel in 1806 and thus an important pillar of his existence. Fortunately, Schneider had already made a name for himself as a composer, teacher and concert entrepreneur in better times, so that he still had prospects to earn a living for himself and his family. Part of the concert programs, which the critics attested to be of high quality, which the entrepreneur Schneider put together according to a strict pattern and always included a symphony by Haydn, were instrumental concerts, to which this Flute Concerto in A minor op.53 may have belonged. Schneider dedicated this flute concerto to his colleague Schrökk, who was entitled "Musician to His Royal Majesty of Prussia" and who is probably also the soloist at the performance. In all likelihood, the title originates from the time before the Royal Chapel was dissolved, which was re-established in 1811 in merger with the orchestra of the National Theater and of which Schneider became a horn player from the very beginning. The year 1811 is handwritten on the cover of the first print, which was published by Breitkopf & Härtel in Leipzig, which indicates that the concert may have been written before the re-founding of the Royal Prussian Chapel and therefore falls into Schneider's time in which he mainly worked as a concert organizer, composer and teacher.

The orchestra is made up of 2 oboes, 2 bassoons, 2 horns and strings and thus corresponds to the classical orchestra of that time.