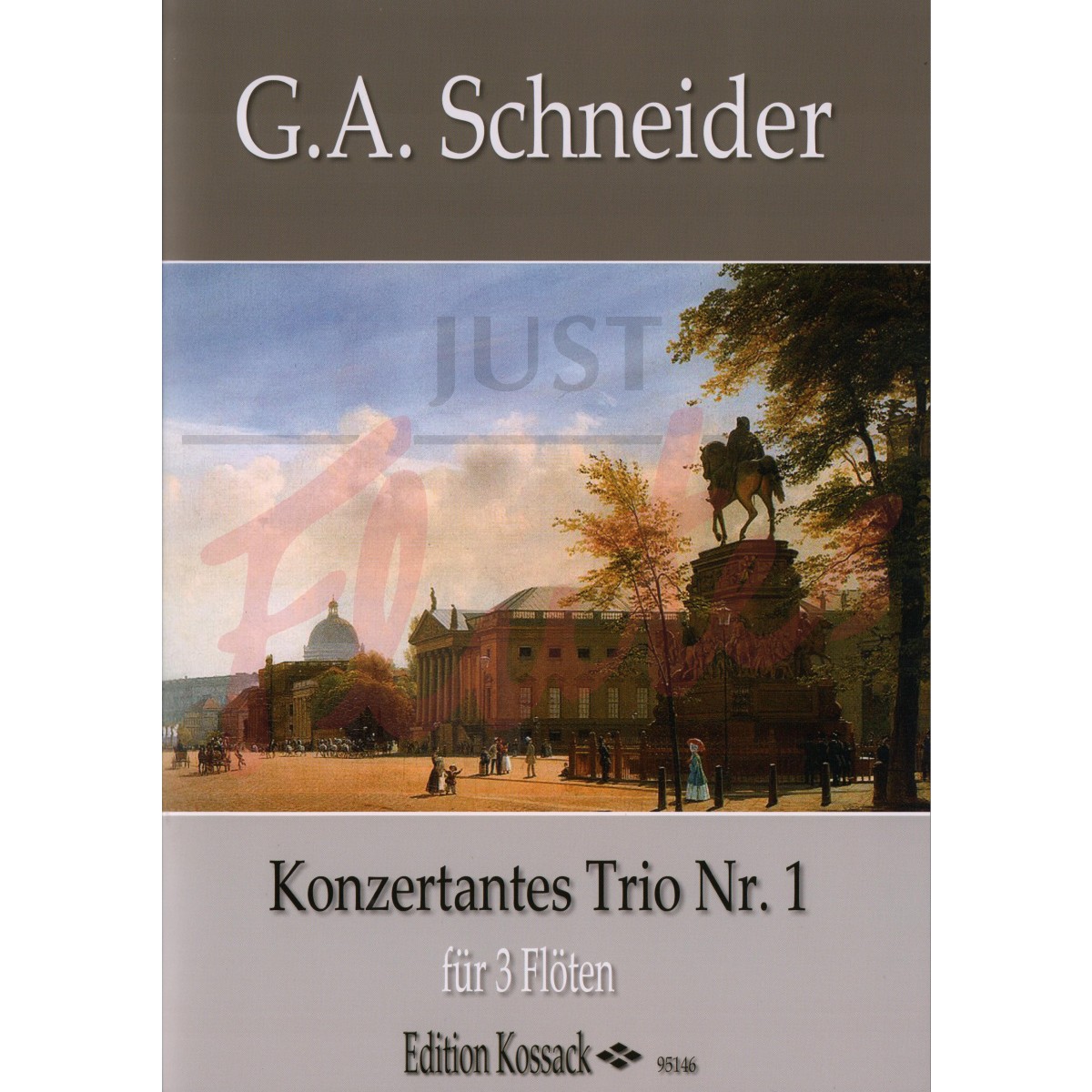 Concert Trio No 1 in D major for 3 Flutes

The composer Schneider is a representative of the mind of Haydn and Mozart, who wanted to be understood as their keeper, he was certified in the critics compositional skill and a solid craftsmanship, which was committed to the bourgeois index taste. A reliable overview of his extensive oeuvre, which covers virtually all genres, with the exception of piano works, including 25 orchestral overtures alone, is not yet available. His instrumental compositions were very successful, but less successful as an opera composer.

There is a lot to discover for the flute. In addition to a flute concerto op. 83, which was also to be published in different versions for other instruments and MGG even as a double concerto for flute and oboe as op. 88, there are several quartets for flute and string trio, a flute sonata, and flute duet, Divertimenti for Flute solo and 6 flute trios, of which this new edition contains the trio no. 1 in D major here. The source was the first print, published by Monzani & Hill in London. The articulation was as usual between the individual votes in accordance and would serve as a suggestion.