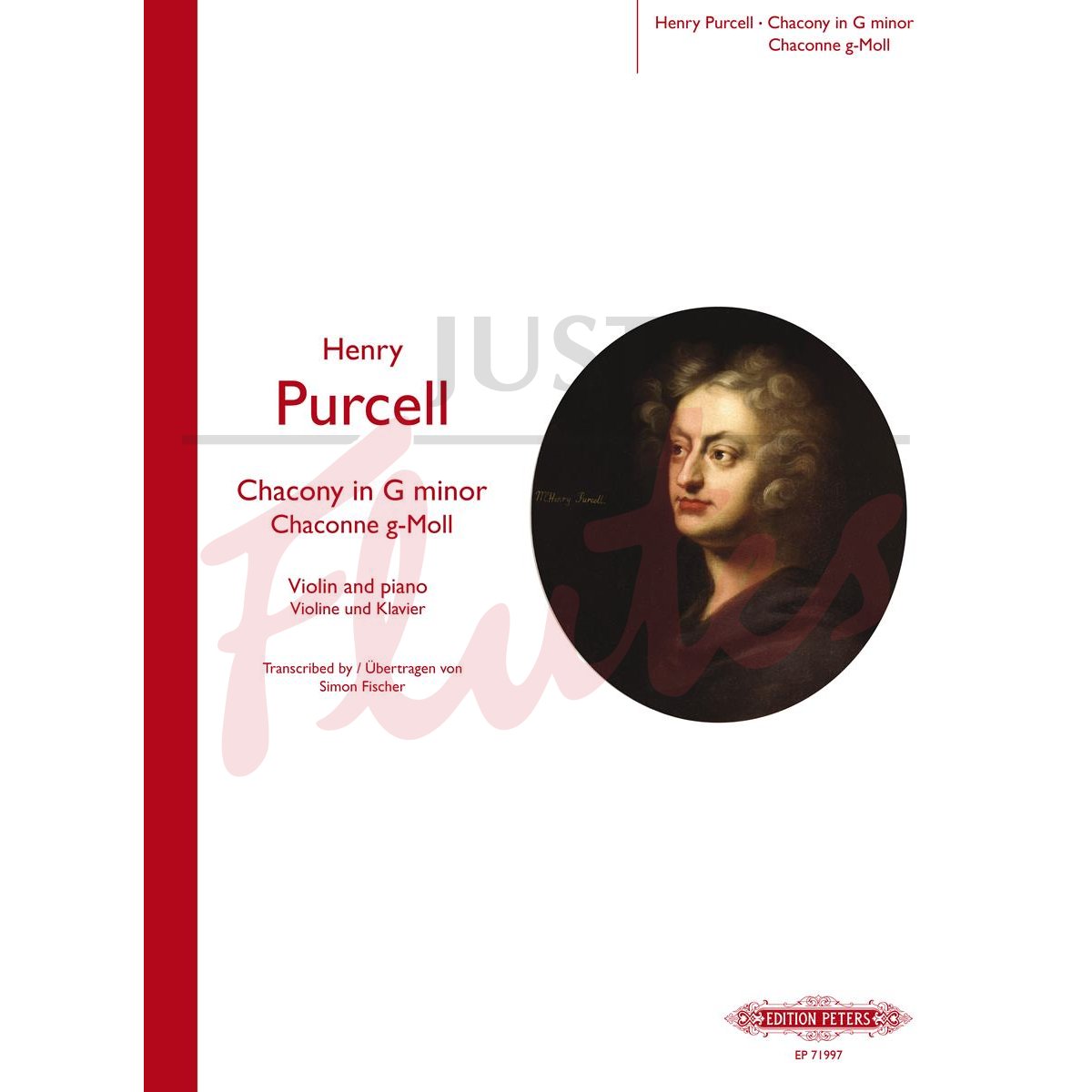 Music is not always necessarily tied to its original medium. The baroque composers were forever making transcriptions of their works for other instrumental combinations and the practice has been continued, though less frequently, through the centuries.

This timeless and sublimely expressive piece was composed for a quartet of viols in about 1670. In the 20th century it was revived for modern string quartet, and later entered the orchestral repertoire in the arrangement by Benjamin Britten for string orchestra.

My arrangement follows in the tradition of the romantic violin transcriptions of the 19th and 20th centuries, and is intended to be played in a later style on modern instruments. It can also be played in more of a period style on baroque violin with harpsichord, in which case the suggested bowings, fingerings and dynamics can be adjusted accordingly.

While all expressions, articulations and dynamics are additions, almost every note in this arrangement is the same as in the original manuscript. In the violin part, the double stops (except the octaves) are a combination of the notes of the first and second violins (or viols) of the original quartet. In a very small number of cases a dotted rhythm has been altered for reasons of consistency or energy, and the occasional tie added or omitted; the flourish in bar 69 is an addition.