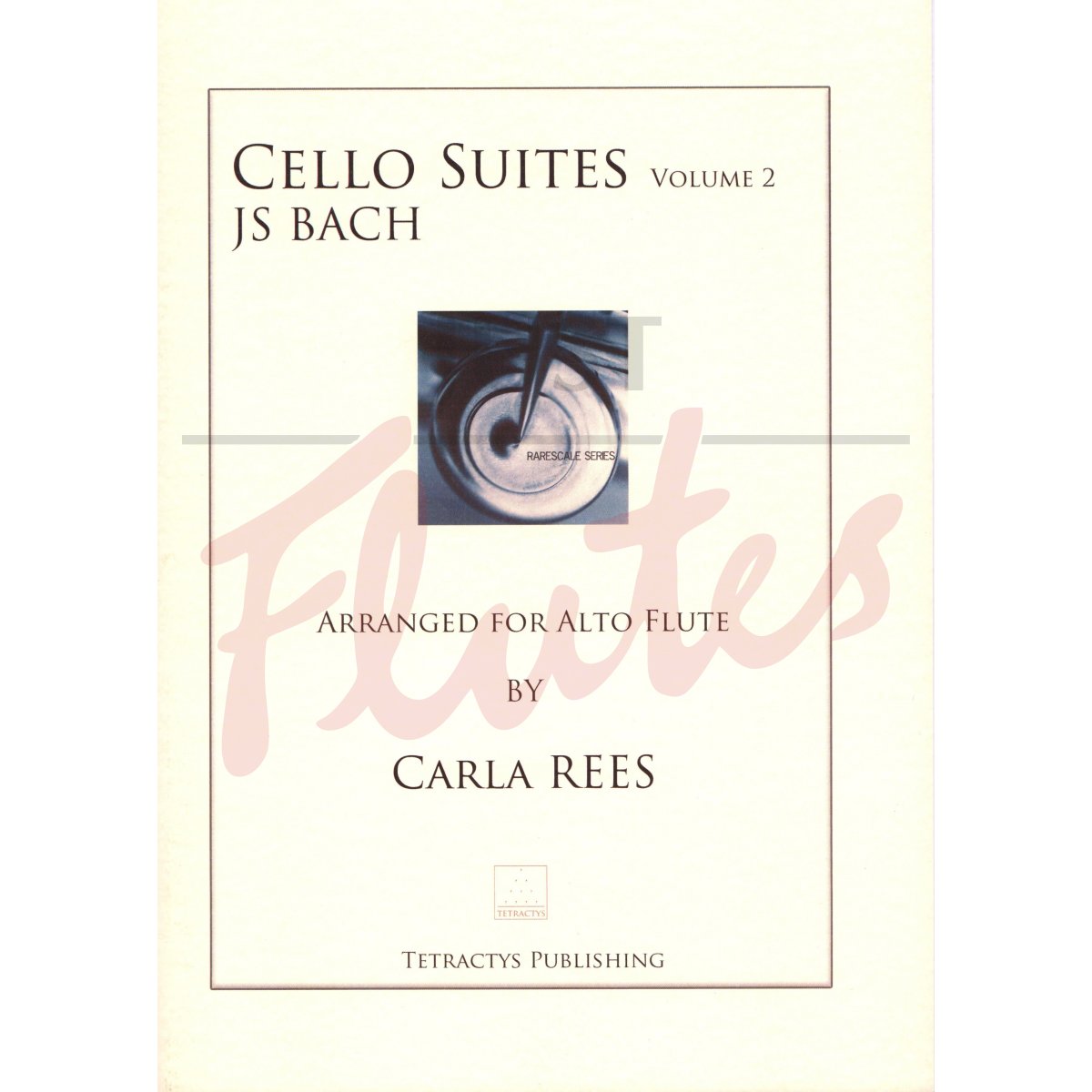 Chris Hankin Just Flutes staff member - chrish@justflutes.com
Carla Rees is rapidly becoming a leading authority on music for low flutes and these arrangements of the fabulous cello suites are very good indeed. The beauty here is that the music can be used in so many ways. Performance of a whole suite is the most obvious option, as is a single movement. They make very good study material and as the editing is so sensitive, the introduction to Baroque style can run in parallel. These books are very highly recommended.

Arrangements of one kind or another have been at the heart of alto flute repertoire since Boehm's own arrangements of well-known works at the time of the instrument's development in the mid 1850s. For an instrument that lacks its own repertoire before the mid nineteenth century, adapting earlier works provides both useful practice material and a broader range of musical material.

This adaptation of the Cello Suites is formed from studying various printed sources, including facsimiles of the four versions of the composer’s manuscript, with slight modifications made to suit a single line instrument and the idiosyncrasies of the alto flute. Articulations are based on those found in the source material, but may be altered to suit the interpretation and requirements of the individual player, as is commonly the case with performances by different cellists. Double stopping has been represented by grace notes, which may be allowed more time or omitted altogether depending on the skill and tastes of the performer. Where two notes appear simultaneously in the score, this is to indicate a possible ossia for instruments with a B (F sharp) footjoint, and players of the standard alto flute should always follow the upper notes.

Inevitably, breathing is a challenge when playing music originally conceived for strings on the alto flute, and I have decided not to include suggestions for breath marks to allow greater flexibility for the individual player. However, I would recommend that the more difficult breathing passages can be used to help build stamina and develop greater breath control, and are ideal for use as studies.