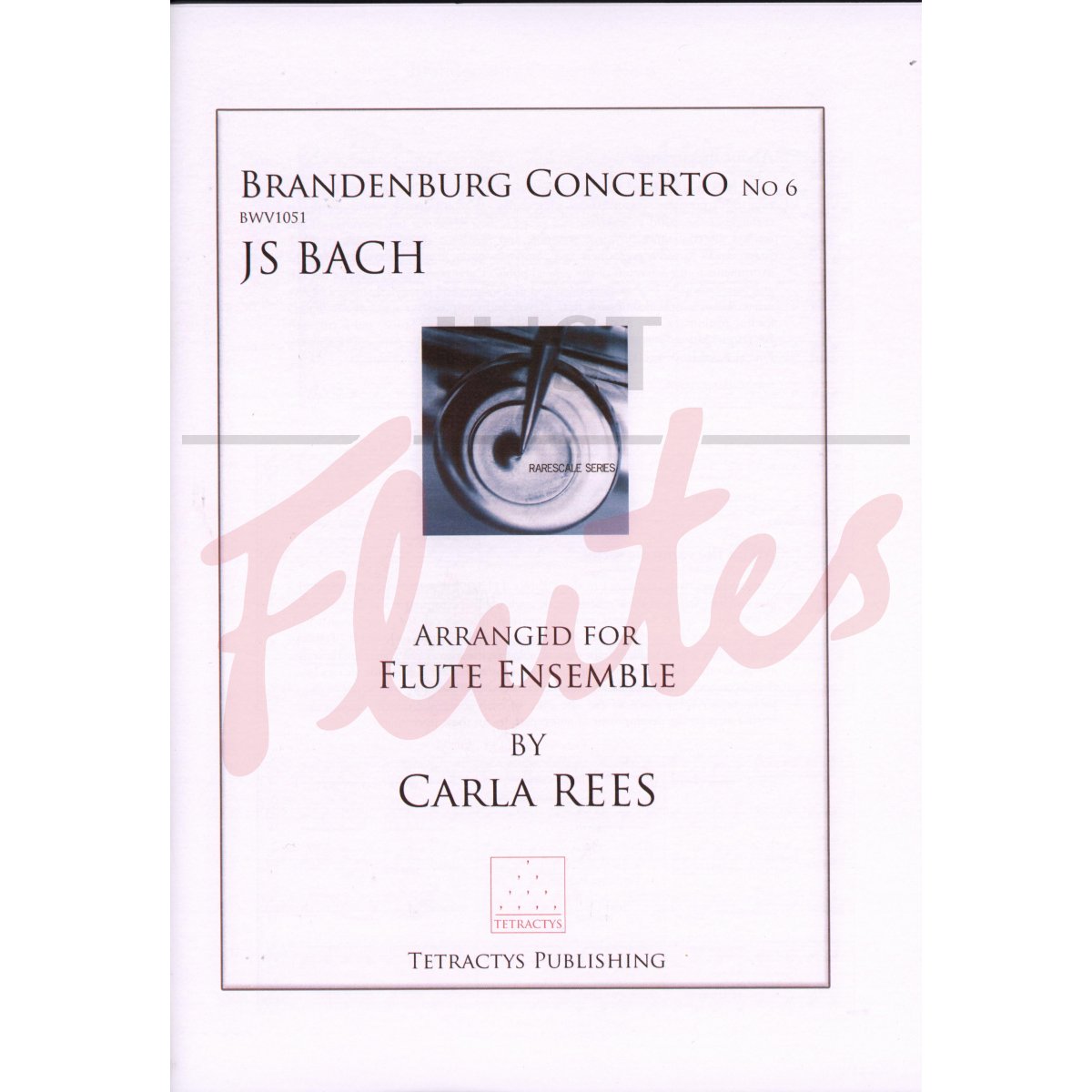 
Like much of Bach’s instrumental music, the Brandenburg Concertos were written during the Cöthen period (1717-1723), when Bach had access to a highly accomplished orchestra. At that time, Bach was working in a Calvinist court, where there was no requirement for elaborate church music (a stark contrast from his work in Leipzig, where he was responsible for the music in three different churches), so he used the time to concentrate on instrumental music.

The six Brandenburg concertos form a collection of works for different combinations of solo instruments, many of which are quite unusual groupings. The fourth concerto was written originally a pair of violas and violas da gamba, with cello, bass and harpsichord. The rich sound of this ensemble lends itself well to flutes, although this arrangement transposes the parts up an octave to fit the tessitura of the flute. The viola da gamba parts are simpler than the material for the solo violas, who are given an opportunity to shine as soloists. It is thought one of the gamba parts may have been written for Bach’s patron, Prince Leopold, whose stamina may not have been as good as the court musicians. In this version, however, the material is distributed more evenly among the ensemble. The final movement, a rondo, is in palindromic form.