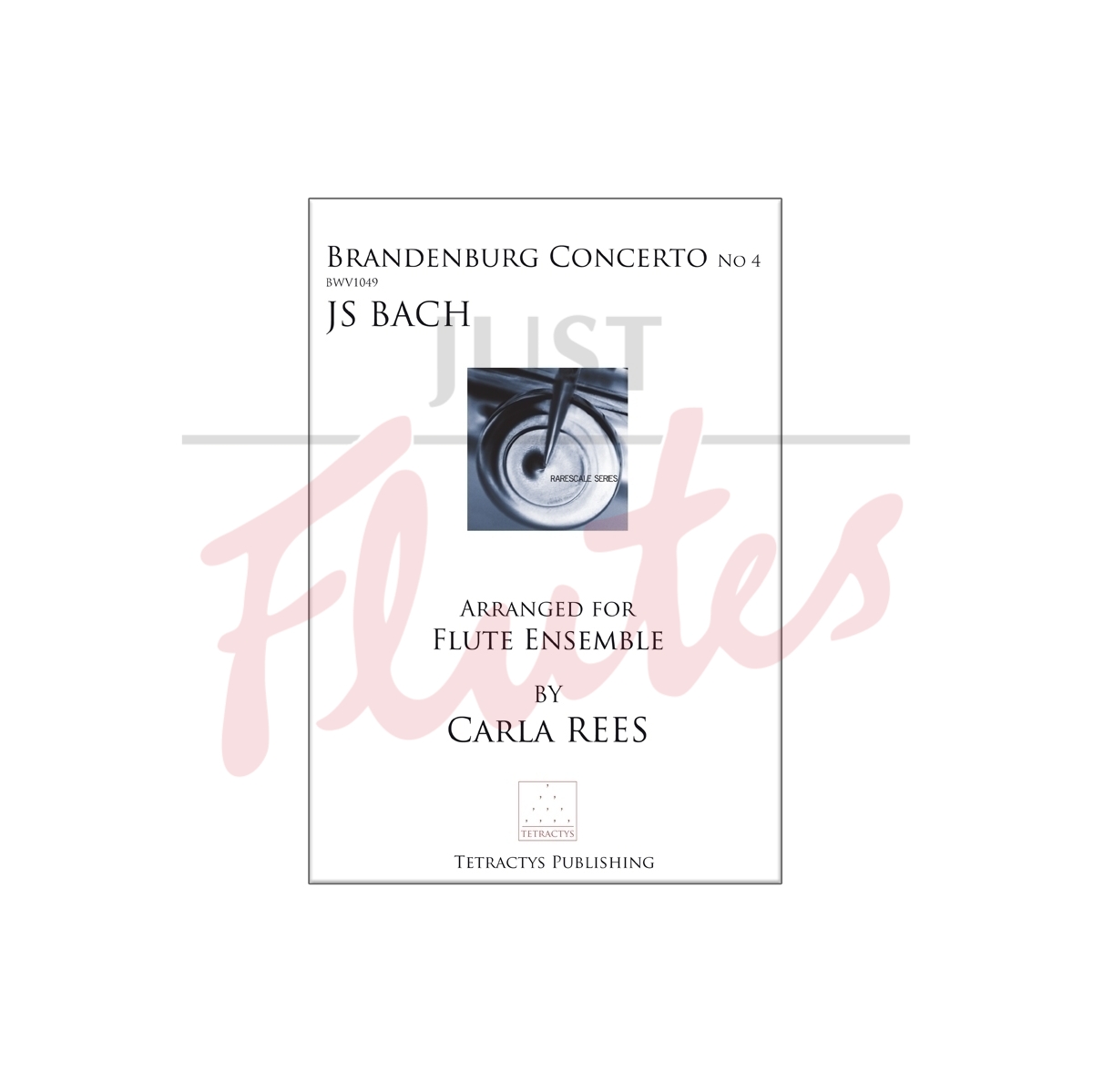 Brandenburg Concerto No 4 in G major

Like much of Bach’s instrumental music, the Brandenburg Concertos were written during the Cöthen period (1717-1723), when Bach had access to a highly accomplished orchestra. At that time, Bach was working in a Calvinist court, where there was no requirement for elaborate church music (a stark contrast from his work in Leipzig, where he was responsible for the music in three different churches), so he used the time to concentrate on instrumental music.

The six Brandenburg concertos form a collection of works for different combinations of solo instruments, many of which are quite unusual groupings. The fourth concerto is the only one to use all of the instruments in each movement, and was originally written for two recorders (or flutes), and violin, with strings and harpsichord. In this arrangement for flutes, the two solo flute parts remain unchanged from the original. The violin part is spread amongst the ensemble, with the alto flute covering the lower part of the range. The fast violin writing in particular can present an enjoyable challenge when played on the flute!