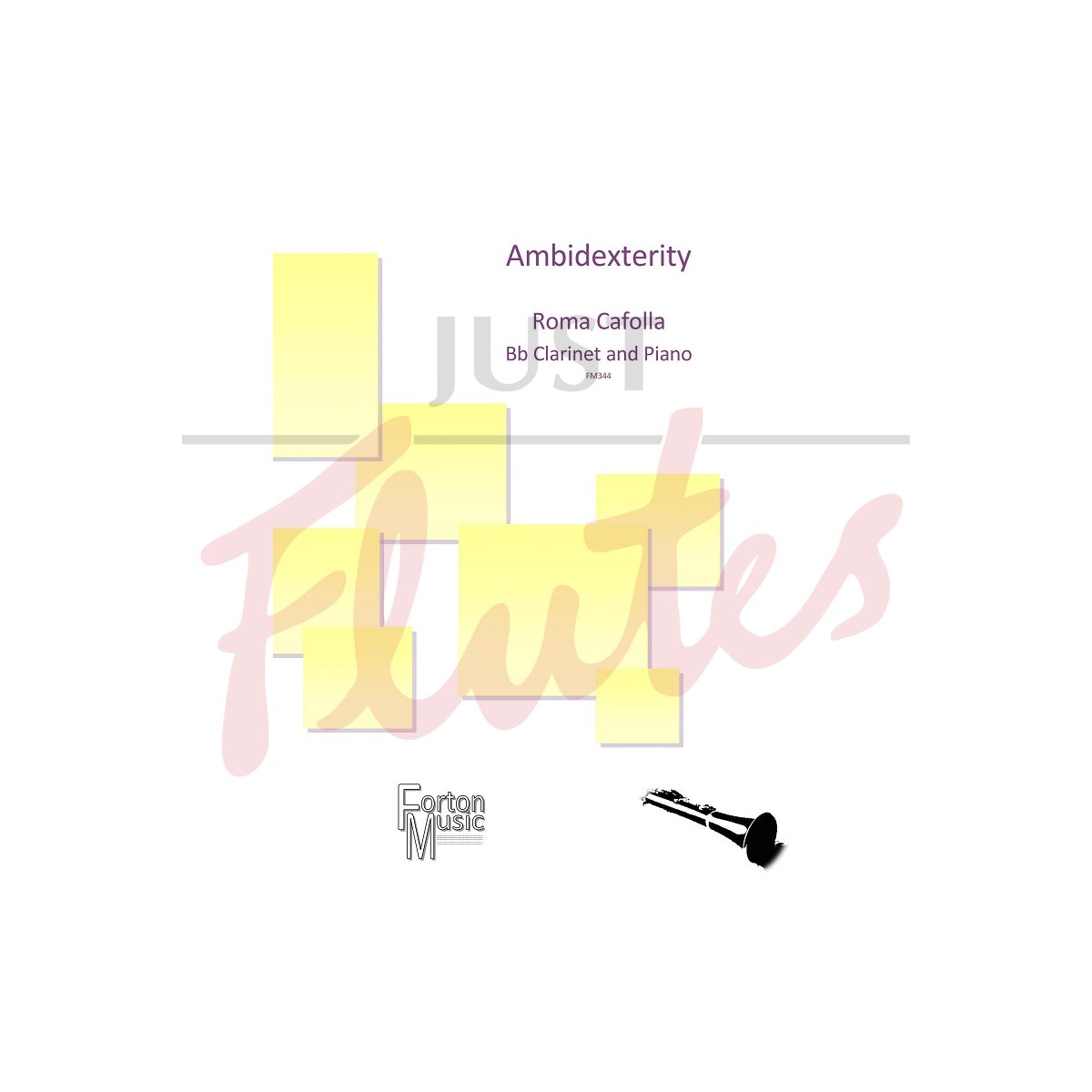 Ambidexterity was originally composed as a standalone solo Clarinet work and became the third movement of the first Clarinet Concerto named "Ambidexterity." The name came about because of the ambidexterity needed to master any instrument and because the composer is in fact ambidextrous. The opening flamboyant, jazzy flourishes give way to a reverential, almost ecclesiastical bridging passage of contrasting tempo and mood. After the slower section the piece returns to the jazzy light hearted virtuosity and ends in a quasi grandiose triumphant ascending sequence.
Difficulty guide: 0-4
Difficulty level, roughly compared to ABRSM exam grades. 0 is beginner, 9 is advanced (beyond grade 8).