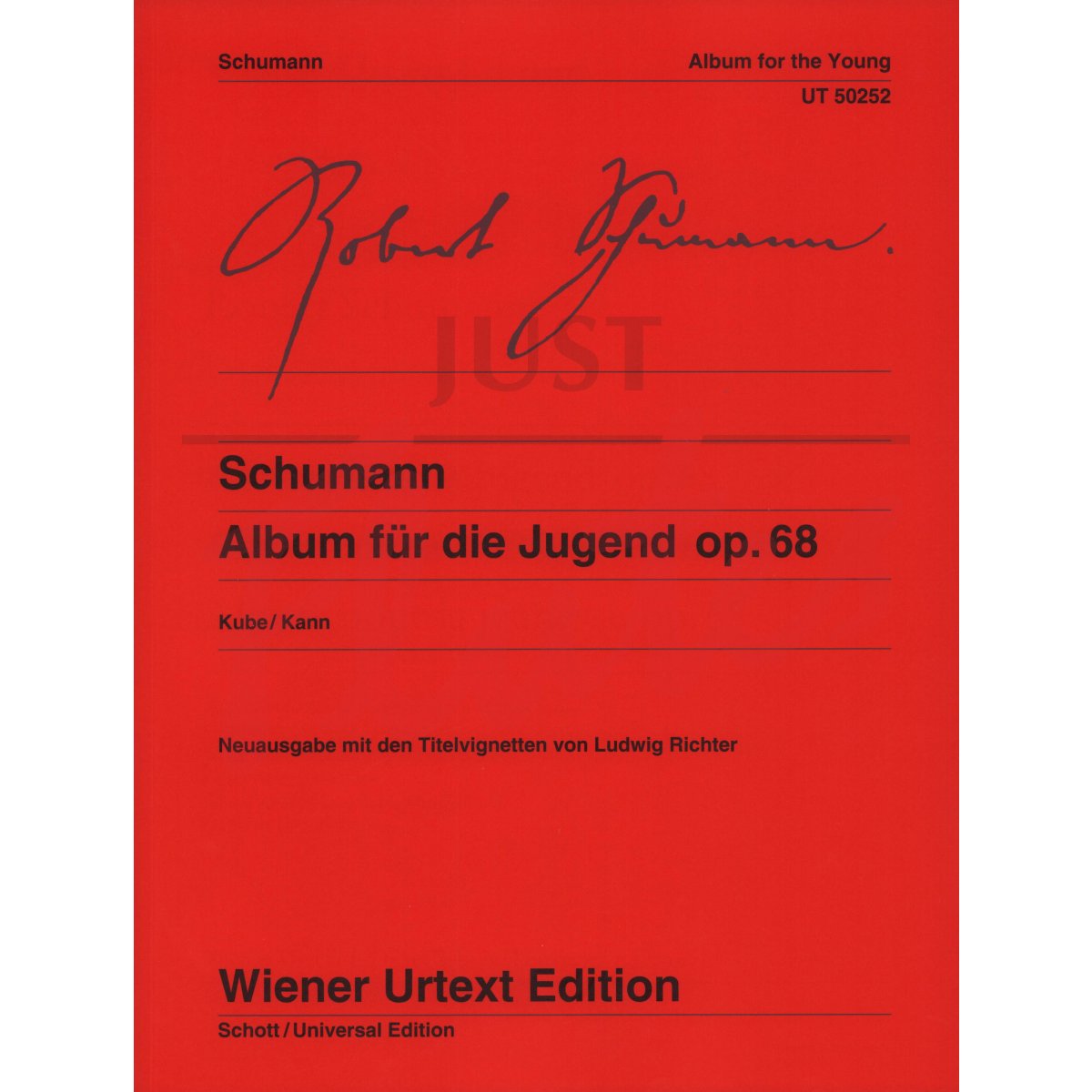 Album for the Young

Robert Schumann's Album für die Jugend is one of the milestones of educationally inspired piano literature. This edition does not focus on systematic technical studies but on the development of the player's musical performance as well as on the realisation of musical associations. In this quite progressively structured work, the pieces 'Für Kleinere' [For the Younger Ones] are followed by a second section 'Für Erwachsenere' [For the More Grown-Ups] which, both technically and intellectually, leaves the world of the childlike behind again and again (e.g. Mignon). This, in particular, provides a largely underestimated repertoire for adults who want to resume piano playing, which gives double importance to Schumann's opus. The appendix of the revised new edition of the Wiener Urtext Edition also contains all pieces originally intended for the album which, in the end, were not included in the printed collection. The music section is complemented by the composer's 'Musikalische Haus- und