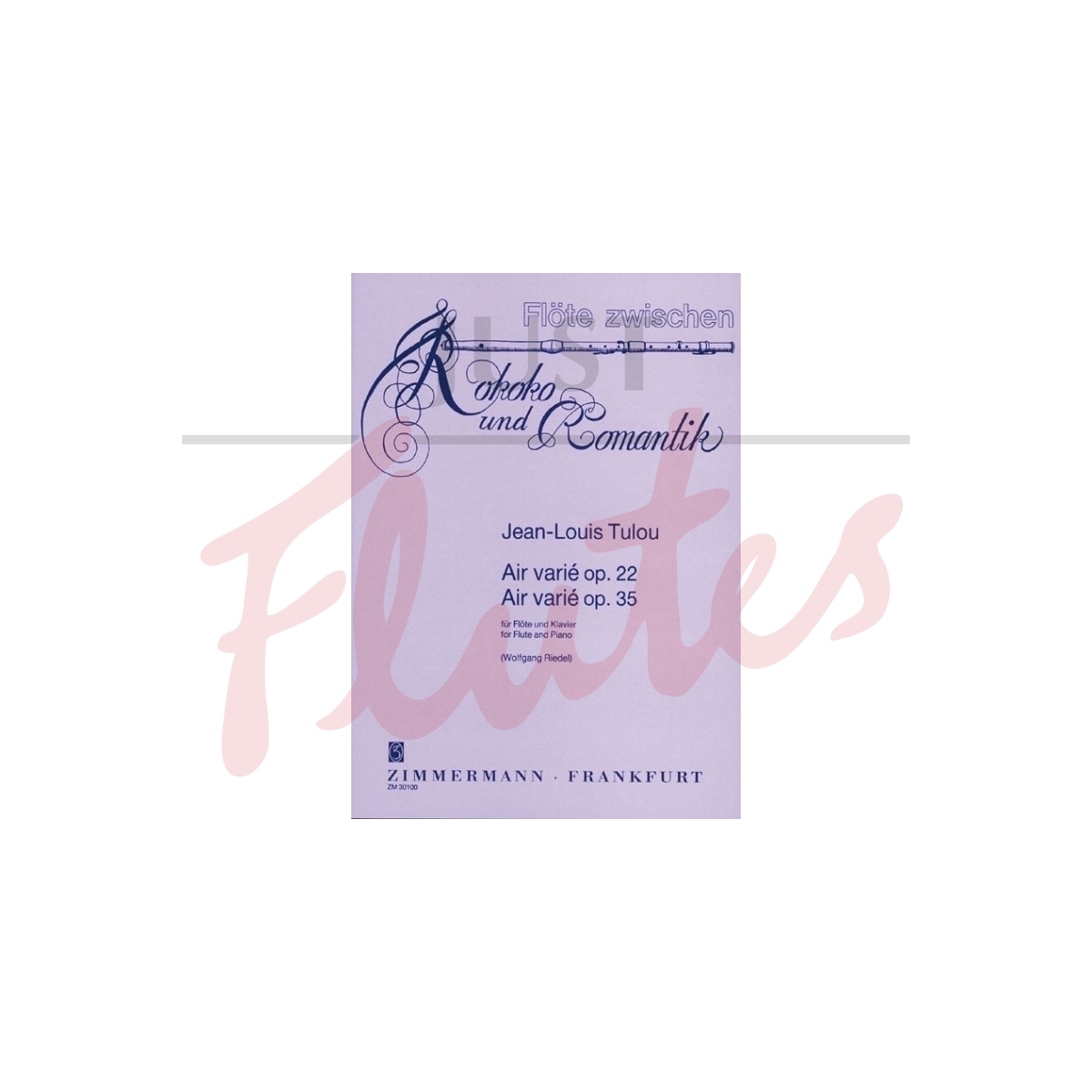 Jean-Louis Tulou (1786-1865) is considered the leading French flutist of his time. For example he was hugely successful with Lebrun's opera "Le rossignol" when he used his instrument to play the part of the nightingale. Even when he was alive Tulou was praised for his expressive performance of cantilenas, the beauty of his sound and his virtuoso brilliance which also characterized his compositions. His elegant, virtuoso compositions are tasteful and charming, and are based on the typical character of the wind instrument. Entertaining as they are, they sometimes also come close to the style of elevated entertainment music. The pieces presented here in a version for flute and piano were also published in editions for small orchestra, string trio and for a solo instrument. They were all arranged by Tulou himself.