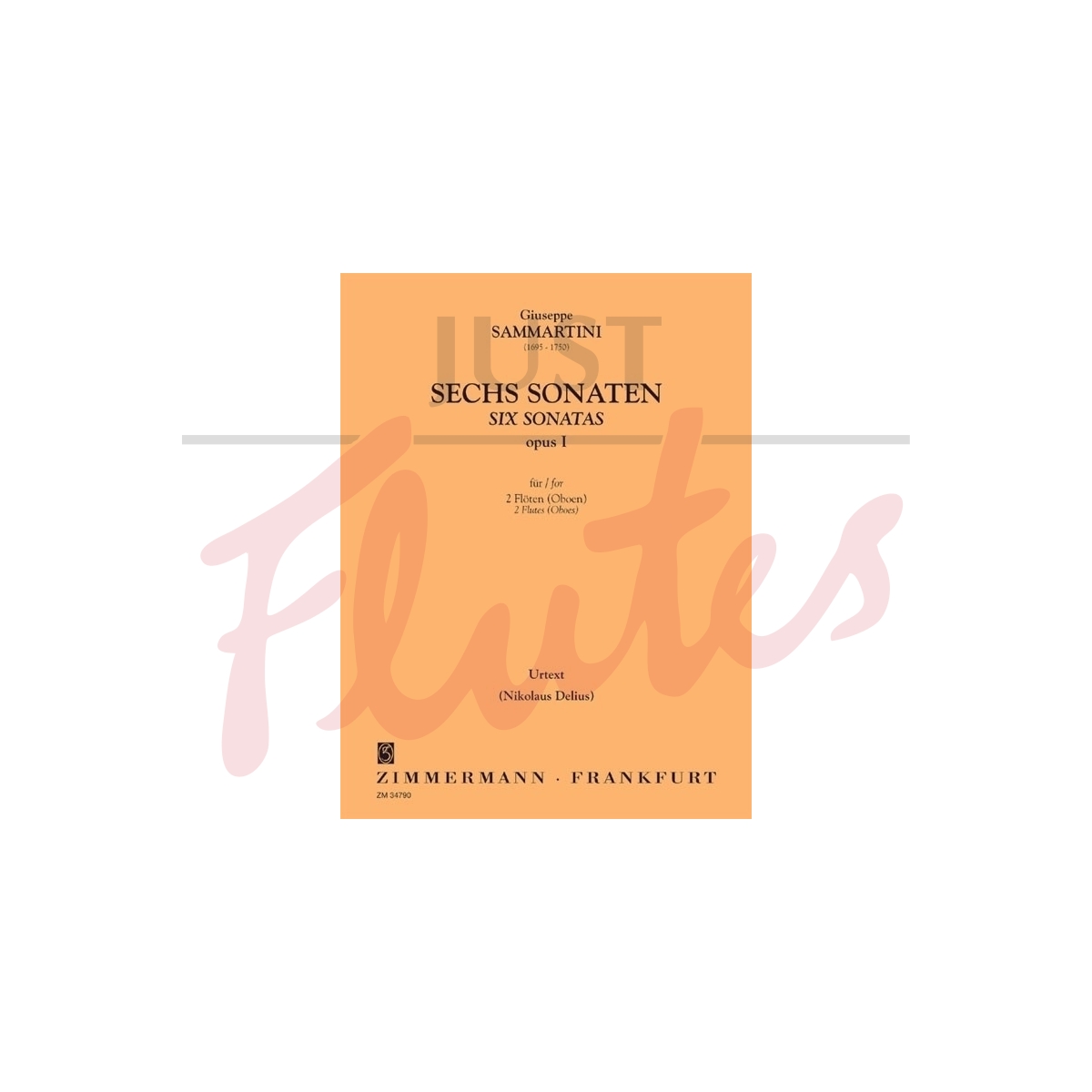 Beyond doubt is Giuseppe Sammartini's fame as an oboist as a composer, however, he always came second after his younger brother Giovanni Battista. Both were born in Milan as sons to the French oboist Saint Martin. Giuseppe (*1695) went to England around 1727 and became famous there both for playing the oboe in Handel's operas and for being the Music Director of the Princess of Wales. He died in London in 1750. It was mainly instrumental work that Giuseppe Sammartini left behind, the larger part of which was not published until after his death. For this work, he posthumously earned the well-deserved fame among the contemporaries who outlived him. The six sonatas which are part of the series "Flute music of the 18th century in Upper Italy" are of intermediate difficulty. The first flute is the leading one, whereas the second one is mainly accompanying.