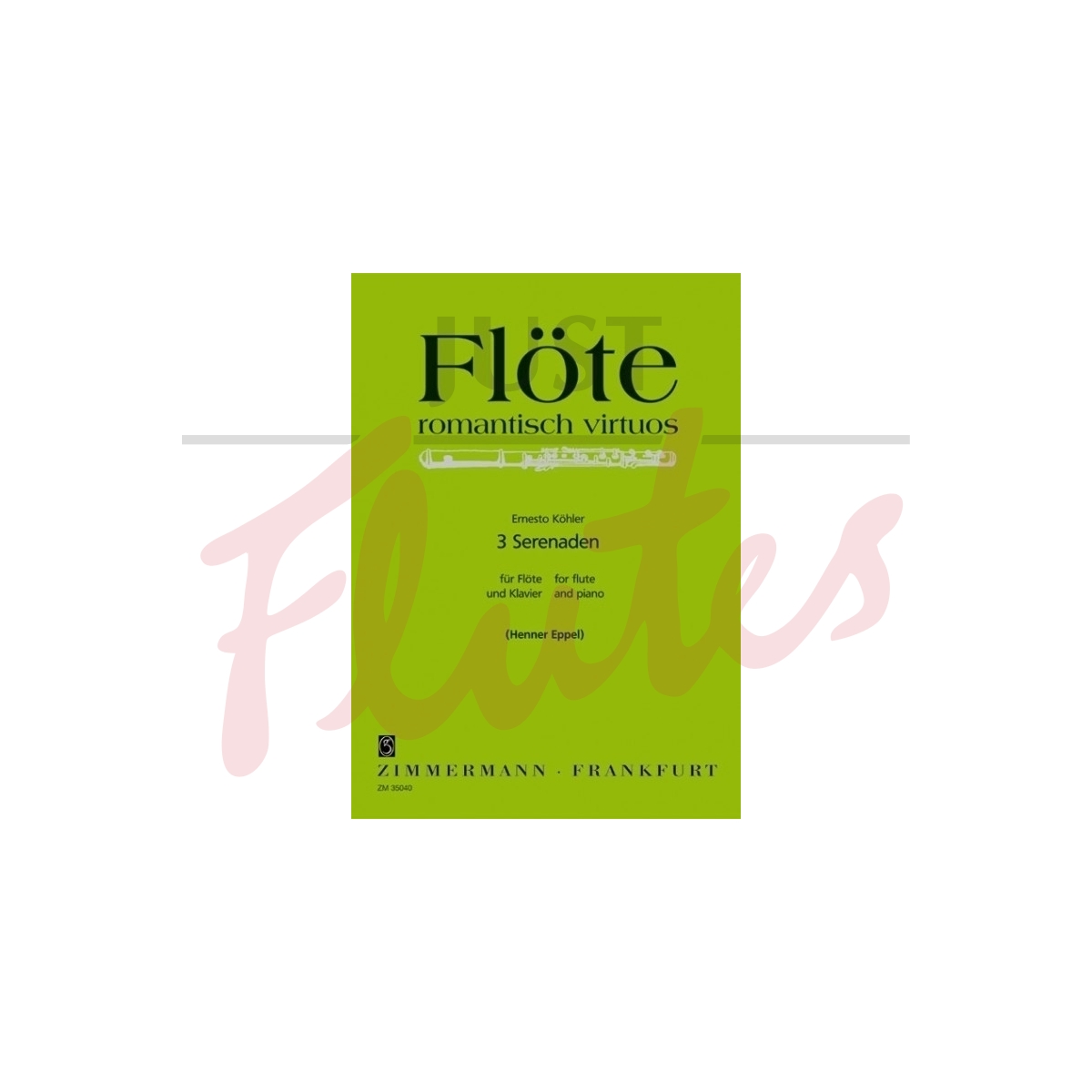 The long and intense connection between the flutist Ernesto Köhler (1849 - 1907) and the editor Julius Heinrich Zimmermann started 1880 with the edition of Köhler's flute method, the first work ever published by Zimmermann! The methods and also the études by Ernesto Köhler are still standard works of the flute litterature. But Köhler also composed more than 100 works for his instrument, many of them edited at Zimmermann's. The Serenades op. 59, op. 70 and op. 74 were published for the first time in 1892 and are here presented in a revised new edition. They are typical salon pieces in the style of their time, not too virtuoso but still technically demanding.