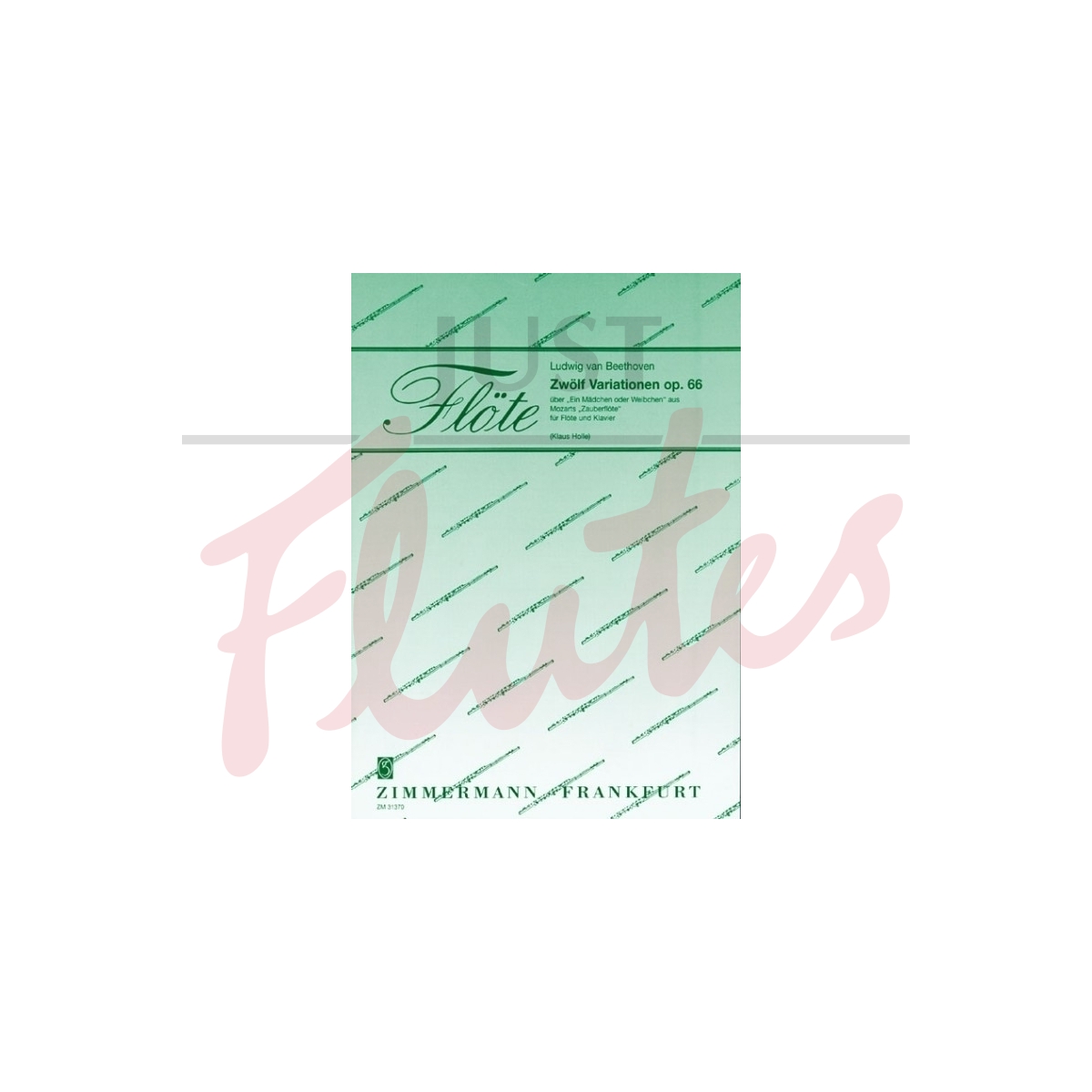 12 Variations on a Theme of Mozart, Op66

There are only a few original Beethoven pieces for and with flute. From the Bonn period we have a trio in G major for flute, bassoon and piano, a flute duet in G major and the manuscript of a sonata in B flat major for flute and piano. Our edition intends to open up another very charming Beethoven work for the flutist. Rather than being a faithful transcription just transposing the cello part to a register that can be played on the flute, it also features a few piano part passages transcribed to the flute part, in particular, in the theme, the Variations VII and IX as well as in a few bars of Variation XII, so as to distribute the passages that are interesting from a melodic point of view more evenly among the parts.

12 Variations on Ein Madchen oder Weibchen from The Magic Flute