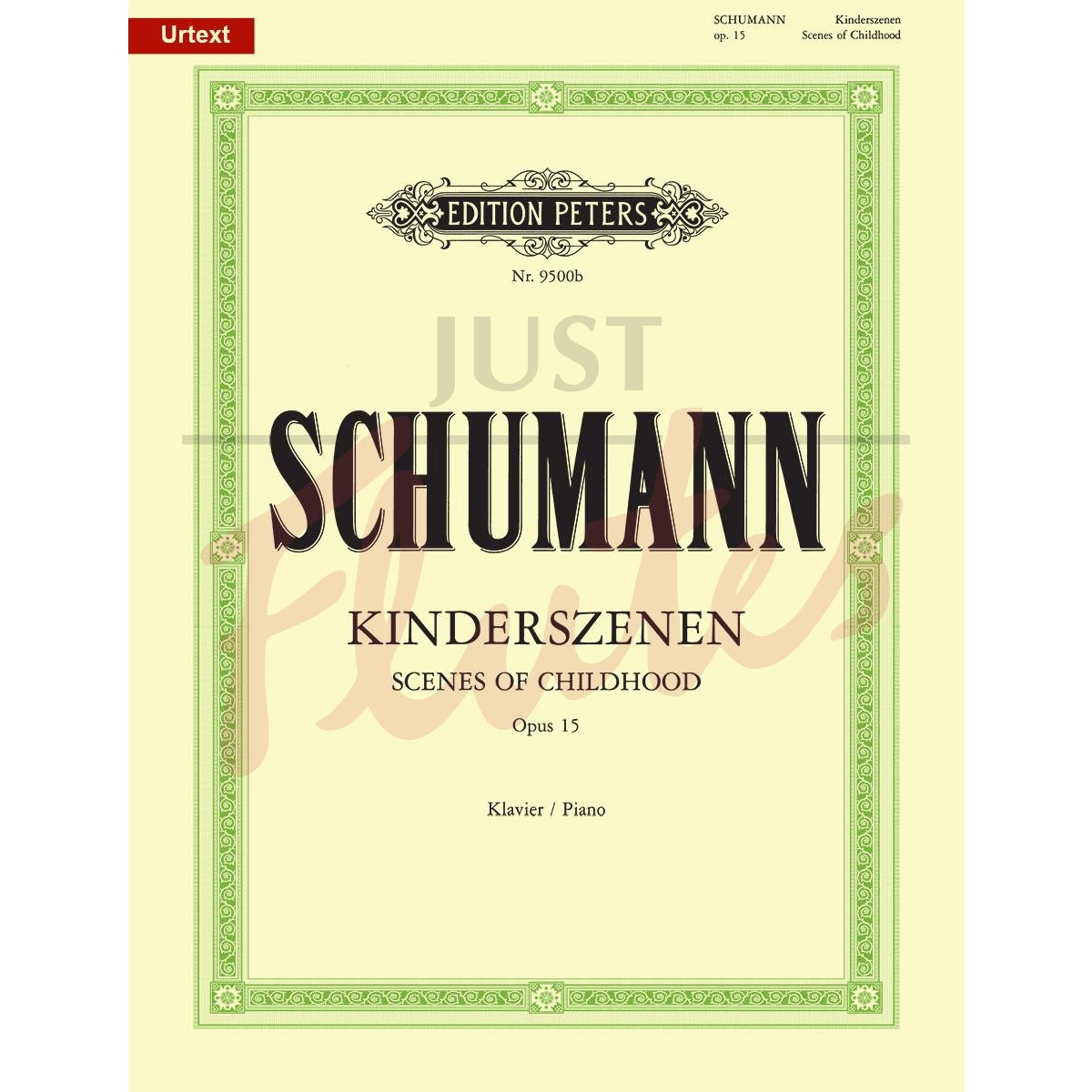 Schumann wrote to Clara whilst she was on tour in Vienna during early 1838, on the subject of his latest work Scenes of Childhood: "And so that I don’t forget what I have just composed – It was like an echo of the words you once wrote to me: ‘that I often seemed to you even to be like a child’; - in short, it was exactly as if I were in the heyday of my youth again, and I composed about thirty quaint little things from which I have selected twelve and called them ‘Scenes of Childhood’. You will enjoy them, but you must certainly forget you are a virtuoso…"

Despite the extreme importance of piano playing in 19th century musical life, the contribution of easy pieces by composers of this period, was very limited as regards quality. With his Scenes of Childhood, Op. 15 and Album for the Young, Op. 68, Schumann left an endearing legacy for all classically trained pianists, and music that remains, alongside Bartók’s Mikrokosmos and Bach’s Inventions and Sinfonias at the pinnacles of educational music.