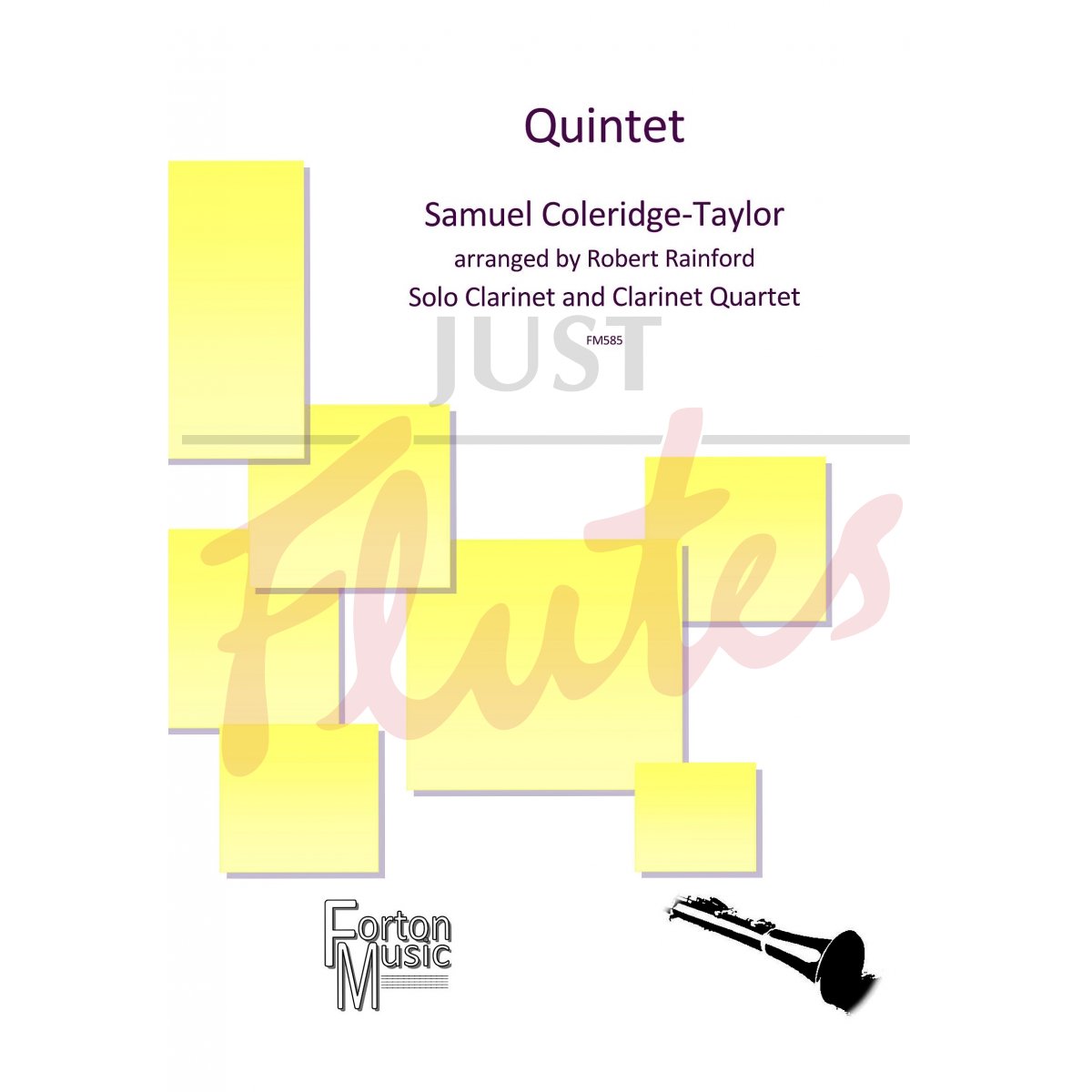 This quintet is an early work, composed in 1895. Compared to the more familiar quintets of Mozart, Weber and Brahms, this composition is not as well known. However, it is every bit the equal of it's more famous brothers, and deserves to receive more recognition. The first movement alternates dark and troubled sections with livelier, folk dance like music with almost the feeling of Dvorak's slavonic dances. The second movement features a long melodic line, which is decorated with increasingly elaborate lower parts. The third movement is a frenetic and nervous scherzo, which switches between 9/8 and 3/4 times giving it a stuttering feeling at times. The finale returns to the minor key dramatic feel of the first movement, with much use of the scotch snap rhythm adding another folk music-like flavour. Overall, stylistically this piece fits beautifully between the Weber and Brahms quintets, and should be more widely performed. Originally published for clarinet in A and string quartet, this version presents the work to be played on solo clarinet in Bb accompanied by a quartet of two Bb clarinets, an alto clarinet in Eb (although a substitute part for another clarinet in Bb is included) and a bass clarinet in Bb. The solo part has been left unchanged; the string parts have been altered to suit the new medium. The somewhat stratospheric first violin part has been tamed and brought down to a more suitable range; the articulation and dynamics have been edited and corrected so as to present a more unified work. The problematic third movement, with its unmarked and hard to spot shifts between 9/8 and 3/4 has been presented in a more readable fashion.
Difficulty guide: 0-7
Difficulty level, roughly compared to ABRSM exam grades. 0 is beginner, 9 is advanced (beyond grade 8).