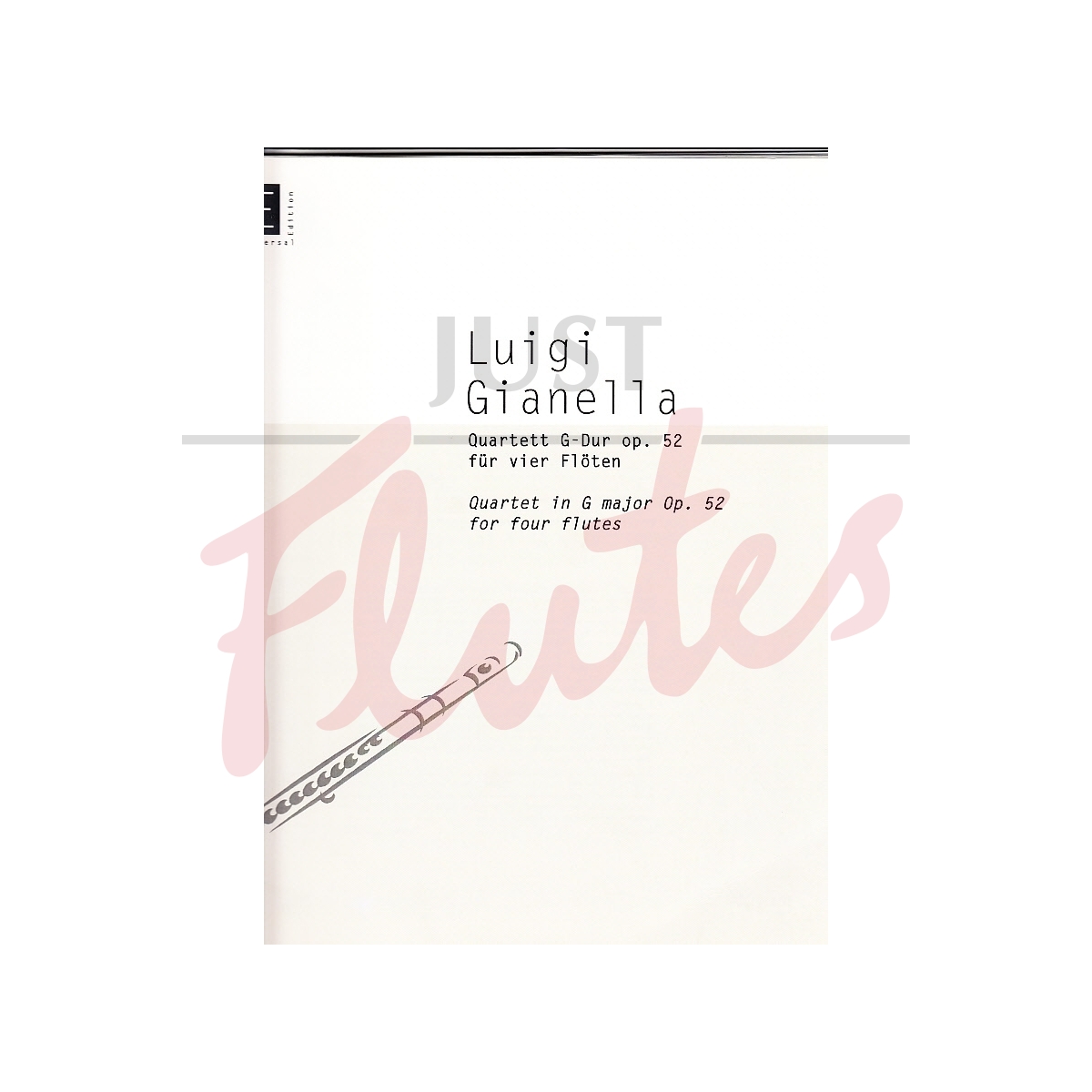 The Quartet for four flutes received its expression in the early Romantic period. Ther are a number of unjustly forgotten works in this line-up including the charming quartet of the flute virtuoso Ludovico Gianella. Little is known about the life of the composer. He worked as a flute player at La Scala Milan around 1800 and later lived in Paris, where he composed several operas and ballets. The flute compositions of Gianella also include some concertos for flute and orchestra which show the influence of Italian opera. They are mostly charming and of a melodious nature.