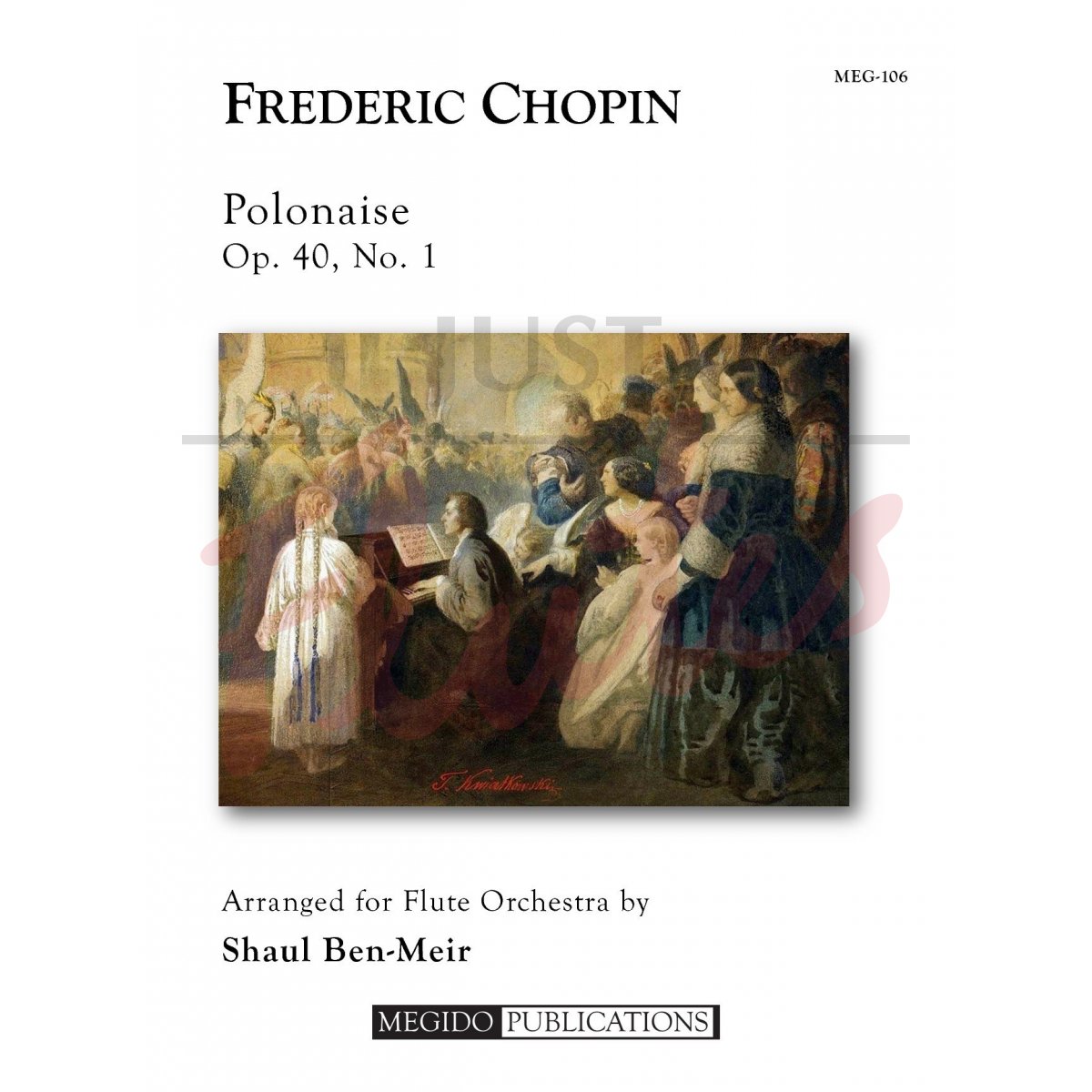 The Polonaise in A Major, Op. 40, No. 1 was composed by Frederic Chopin in 1838 and is commonly referred to as the "Military Polonaise." Pianist Anton Rubinstein once famously stated that this Polonaise was a symbol of Polish glory. This work features the traditional polonaise rhythm and because of it's bombastic flair, during the German invasion of Poland in September of 1939, it was broadcast daily on Polskie Radio in order to rally the Polish people.